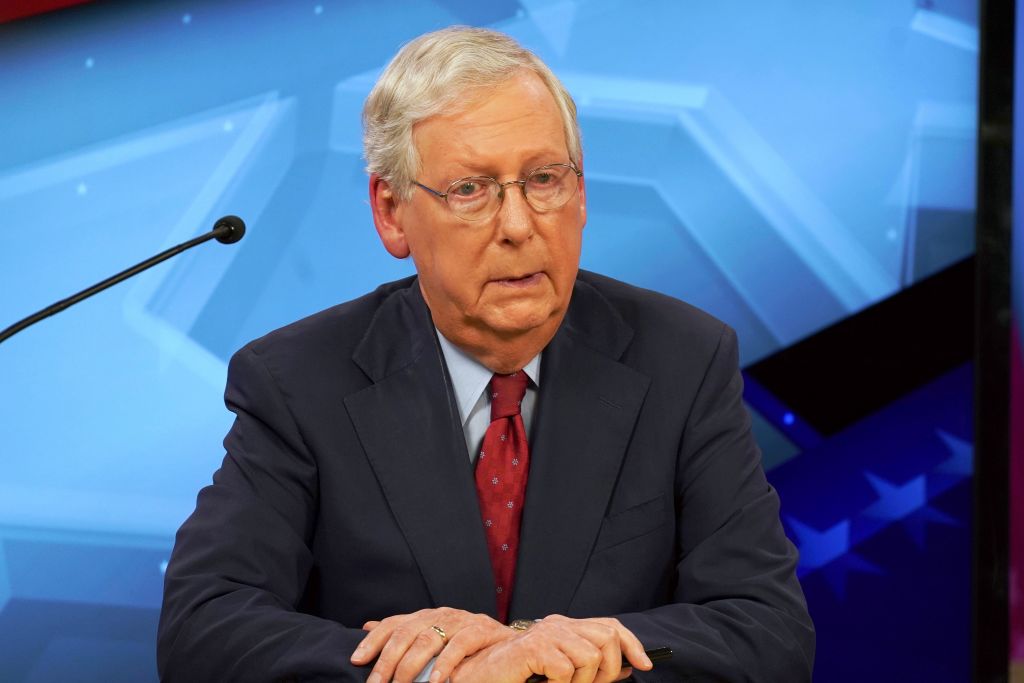 “What I’m concentrating on is the future,” responded U.S. Senator Mitch McConnell

Over the weekend, things became very heated between the two when Trump insulted the leader and called him ill-suited names. Trump is still upset about McConnell’s lack of support during the 2020 election and for calling him out during the Capitol riots, per The Hill.

“If that were Schumer instead of this dumb son of a b***h Mitch McConnell they would never allow it to happen. They would have fought it,” said Trump on Saturday at a Republican donor event.

Despite the current riffs in the Republican party because of Trump’s behavior, he received praise from the party at the Mar-a-Lago event.

“The key to this triumphant future will be to build on the gains our amazing movement has made over the past four years,” said Trump per the AP. He continued: “We transformed the Republican Party into a party that truly fights for all Americans.”

But despite the insults being thrown at him, McConnell wants no problems and says he is focused on other things.

“What I’m concentrating on is the future and what we are confronted with here is a totally left-wing administration, with a slight majority in the House, a 50-50 Senate trying to transform America into something no one voted for last year,” McConnell said to reporters on Tuesday.

He ignored a follow up question on Trump, and added, “That’s what I’m concentrating on.”

It’s known that McConnell blames the former president for the attack on the Capitol and he voted to acquit him during his impeachment ceremony. He called Trump’s actions, “a disgraceful dereliction of duty.”

Trump responded with a statement and called McConnell a “dour, sullen and unsmiling political hack,” and said, “If Republican senators are going to stay with him, they will not win again.”

“I wish he wouldn’t do it, but I don’t think there’s any way that you could change how he does things,” he said in regards to Trump. “I think we just have to adapt the best we can and stay focused on what are our objectives and that’s get the [Senate] majority back in 2022.”

He adds, “hoping the president and leader at some point can come to an understanding.”

But McConnell isn’t the only person feeling Trump’s verbal attacks. At the event, he made comments about Mike Pence and said he was “disappointed.” Trump has made it clear he is upset that Pence fulfilled his duties by certifying the Electoral College vote which solidified President Joe Biden.

The post McConnell wants to end dispute with Trump after he calls him ‘dumb son of a b****’ appeared first on TheGrio.