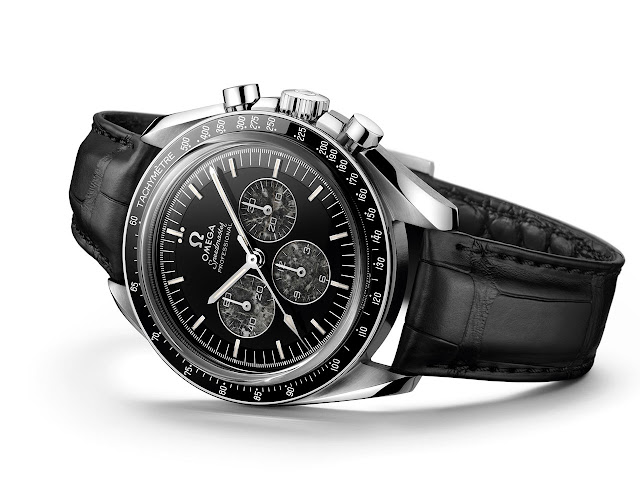 After the announcement at the beginning of last January that the famous Calibre 321 was back in production,  Omega unveiled earlier today, on the occasion of the 50th anniversary of the Apollo 11 lunar landing, the first new Speedmaster Moonwatch to house this movement: the Speedmaster Moonwatch 321 Platinum. 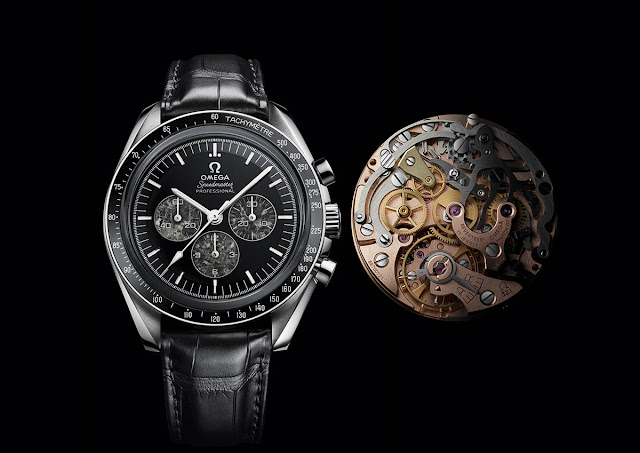 The Calibre 321 is still recognised as one of the best example of lateral clutch, column wheel controlled chronograph and it was used as a base movement by Breguet, Patek Philippe and Vacheron Constantin in a variety of chronographs.

After extensive research and reconstruction in a dedicated workshop, the Calibre 321 has now been reborn in-line with its original specifications. Historical research were made to guarantee the highest accuracy. Digital scanning technology was used to see inside the true Speedmaster ST 105.003 timepiece that astronaut Eugene “Gene” Cernan wore on the moon during the Apollo 17 mission in 1972. 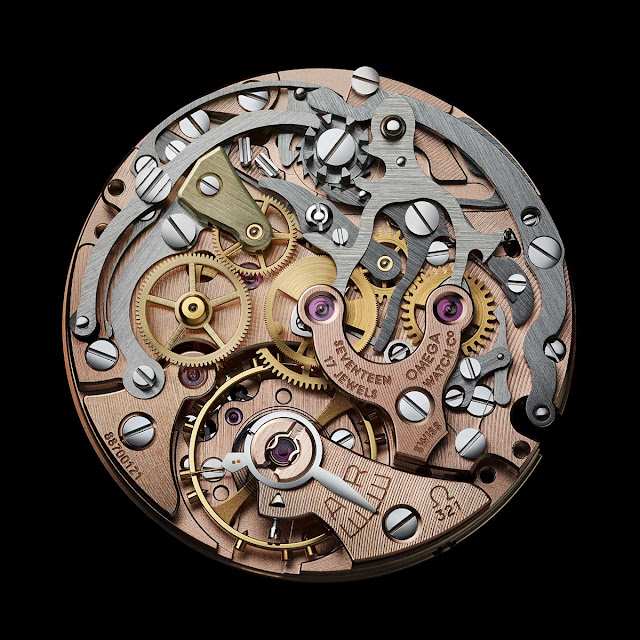 As a result, even the most unique and iconic parts of the Calibre 321 have been reborn in respect to their authentic specifications.

The 42 mm brushed and polished asymmetrical case, crafted from a special platinum alloy with the use of gold (Pt950Au20), features a transparent sapphire-crystal caseback to display the reconstructed movement. 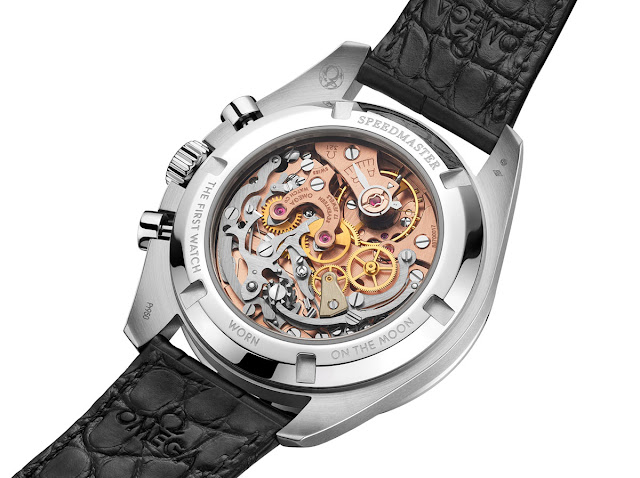 Matched to a black leather strap with a platinum buckle, the new model is enhanced by a black ceramic bezel with the Speedmaster’s famous tachymeter scale in white enamel.

The step dial is formed from onyx while white gold is used for the indexes and hands (except for the central chronograph seconds hand). The three subdials were obtained from real slices of moon meteorite. 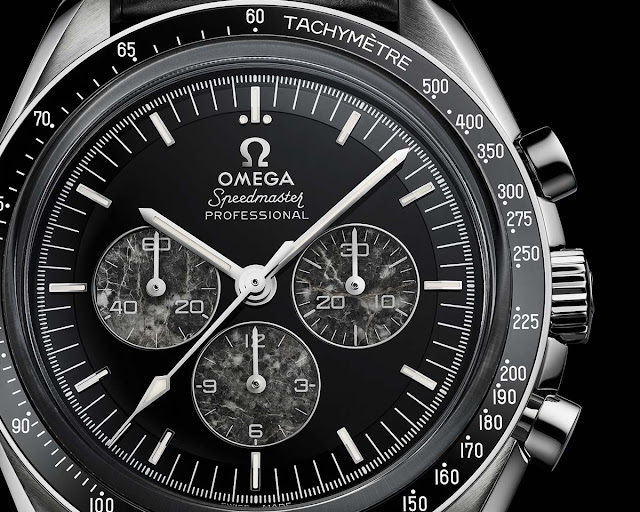 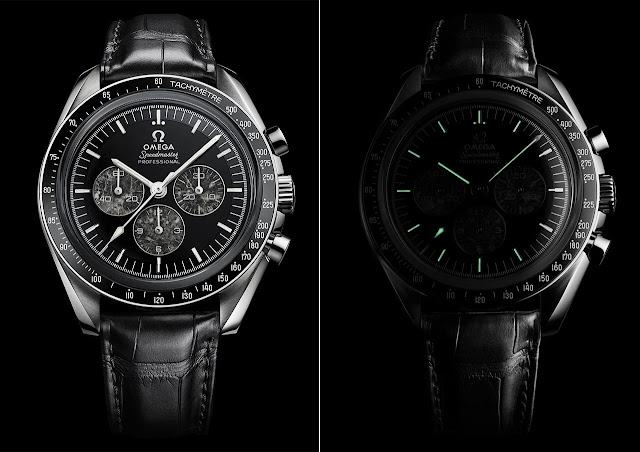 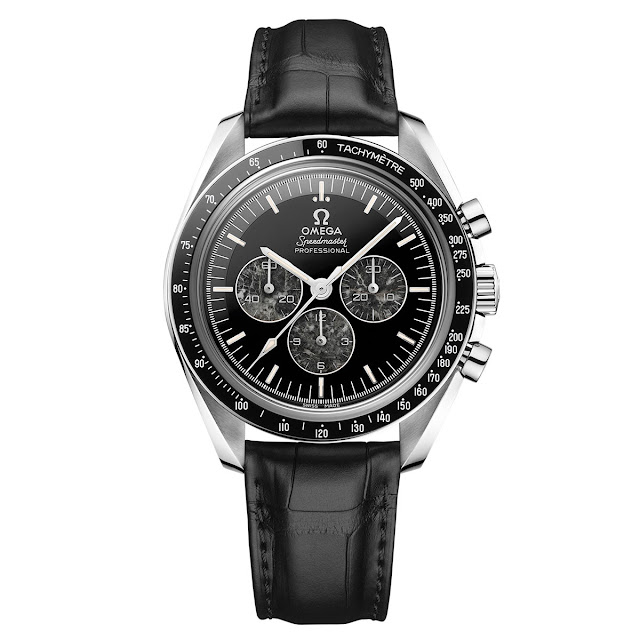