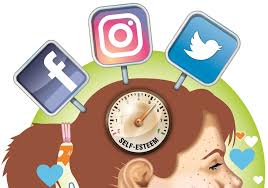 We raise the question as a thought starter in class quite often.

Who is the media?

The initial responses are the ones one would expect…newspapers, CNN, Bleacher Report, NPR etc. etc.… Then we talk about the ability to self-story tell, the rise of social media and citizen journalism, the ability to create and enhance a narrative and it becomes much clearer that the media today is anyone who has a device in their hand that can share information on a timely basis. WE are the media.

With that as the background we had an assignment in class recently that discussed sources of information and how media drive discussions. And while “media” came up as examples like BBC, the New York Times, AP, several students talked about Twitter and Facebook and Instagram being forms of media from where they get their information. While they are platforms that distribute content…multimedia content…we had never really thought about those platforms as media themselves.

It reminded me of a conversation that we had a few years ago with Rob Shaw at Facebook Sports about how their platform is positioned in the storytelling hierarchy, and he was pretty clear.

“Facebook is a medium, we are not the media.”

Now that has certainly evolved a bit in terms of information sharing, and platforms like Twitter and Facebook are publishing data about topics, traffic, viewership, even in some cases sales and revenue, but almost all of that “news” is about third party forward leaning content, not content generated about a third party. Now that’s not to say a “medium” like Twitter would not publish content it gathers itself. Twitter has had a credentialed spot at Super Bowl for the past several years where they did gather content from athletes an celebrities and shared through their own platform, and they have done so around politics and entertainment under their own handles as well, but it is not hard or breaking news content that you would think of when you hear the name “media.” Or would you. Platforms…mediums…like TikTok and Instagram and Snap and Facebook continue to develop partnerships especially around sports and entertainment where they are using those partnerships to push out proprietary content in addition for being the platform for where a wide variety of content is shared, and if you ask a fair amount of people from where they get their news they do say Insta Stories or more and more Twitter or Facebook as mush as they may say the New York Post or FOX News.  The ability to curate content into news feeds, much of which does come from traditional news sources, makes those platforms more part of the news flow…media…than ever before, and often times we hear of someone say they read or watched something on Twitter or Facebook vs saying something was a story on the platform that came from CBS News, even if something is clearly branded. The first reaction is to say, “I read it on twitter” or “I watched it on Facebook,” rather than cite the actual news source.

So, are the platforms the media or the medium?

There are certainly many people, from former President Trump to any number of athletes or celebrities, who use or used the medium of Twitter as their media platform. That still doesn’t really mean that Twitter is considered media. You rarely hear someone say “Twitter is reporting…” it is “Kyrie Irving announced on Instagram” …medium used as a form of media.

We had Chris LaPlaca, SVP of Corporate Communications at ESPN speak to class last year and he talked about how ESPN is both media for news and a medium to amplify the messages of those who are part of the business of ESPN, from talent to front office executives. In that case ESPN becomes the megaphone to amplify the message, vs. the times when the platform, as media, breaks actual hard news.

With all that in mind, there is an evolution that continues, where a medium evolves into also being media. As Facebook for example, acquires rights for live events, it becomes more media vs. medium. As Twitter streams games it can also be considered media, something which was not in the mindset just a few years ago.

Is it wrong for someone to talk about twitter or Facebook or TikTok or Snap as media? Maybe if you are looking back to a definition of what media is. However, in a world of looking forward, having a medium or a platform being considered more than the megaphone is making more sense.

A great example of how our perceptions, needs and consumption continue to evolve. For the record, we gave the students credit for the assumption, it is more accurate today than ever.