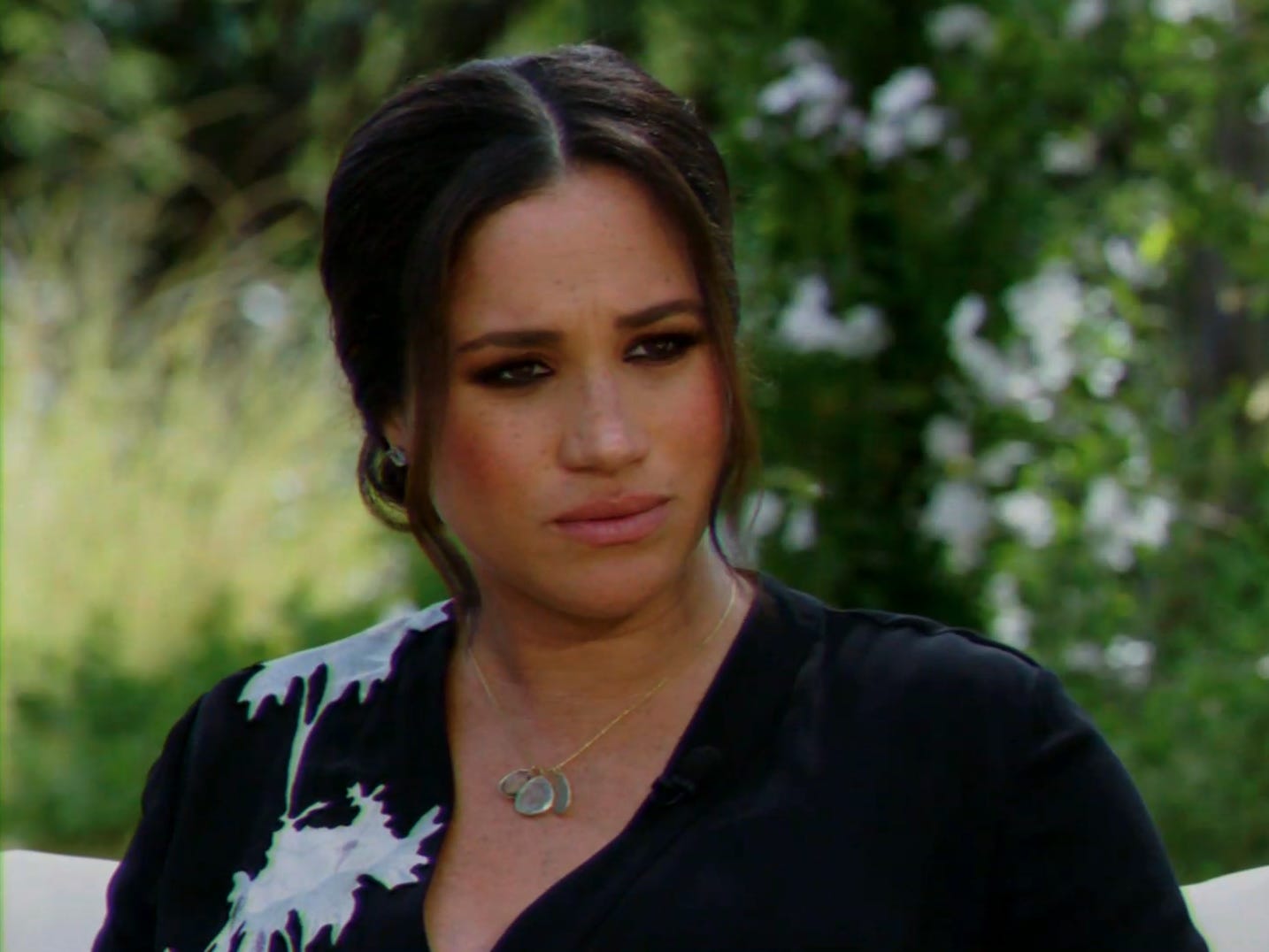 Meghan Markle's Sunday night interview dropped bombshell after bombshell. In her two-hour sitdown with Oprah, Markle - who was joined in the second half by her husband, Prince Harry - touched on everything from mental health to racism.

Markle also drew particular attention to something she had in her "old job" as an actress and sorely missed in the palace: a union.

During the interview, Markle revealed that she began to have suicidal thoughts amidst nonstop tabloid coverage during her adjustment to royal life. "I just didn't want to be alive anymore," she said.

Markle said she tried to seek out help, approaching a royal staff member, but was turned down.

"There are so many people who are afraid to voice that they need help, and I know personally how hard it is not to voice it, but when you voice it to be told no," Markle said.

"And so I went to human resources, and I said, 'I just really need help. Because in my old job there was a union, and they would protect me.' And I remember this conversation like it was yesterday, because they said, 'My heart goes out to you because I see how bad it is, but there's nothing we can do to protect you, because you're not a paid employee of the institution.'"

Markle was referring to the labor union SAG-AFTRA, of which she was a member during her time as a working actor.

SAG-AFTRA tweeted out its support for Markle during the interview, writing: "We are still here for you, Meghan. Everyone deserves the protection of a union."

A spotlight on unions - and the royal family's lack of one

It's an unlikely platform for labor unions, but one that highlights some of the protections that they can bring.

An August report from left-leaning think tank Economic Policy Institute (EPI) highlighted the benefits that unions could bring to workers during the pandemic. For instance, they found that 94% of workers that are covered by a union contract have access to "employer-sponsored health benefits;" that's the case for only 68% of nonunion workers.

"Meghan Markle illustrated the importance of unions and the crucial support they provide workers. When working people join a union, they have a voice on the job and the ability to collectively bargain for wages, benefits, and working conditions," EPI policy associate Margaret Poydock said in a statement. "When unions are strong, they set wage standards for entire industries and occupations, they make wages more equal within occupations, and they help close racial and gender wage gaps."

Indeed, the SAG-AFTRA health plan includes some mental health coverage, according to its website.

Major unions were quick to speak out following Markle's comments, as some lauded Markle for her pro-union comments - and jokingly called for princesses to unionize.

"The Duchess is right: a union protects your safety, dignity, and wellbeing on the job," John Weber, a spokesperson for AFL-CIO, said in a statement to Insider. "Everyone deserves the protections that come with a union card - and by passing the PRO Act, Congress can ensure more Americans have the freedom to carry that power in their pocket every day."

SEIU also spoke out on its Facebook page, writing: "Meghan Markle knows that when working people join together, we have the power to create a better life for ourselves and our families."

Buckingham Palace did not immediately respond to Insider's request for comment.