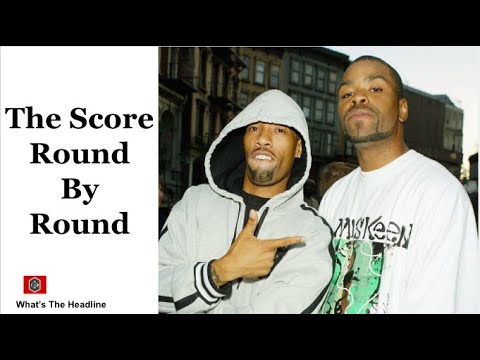 Life is too short to listen to bad music. So…let Ambrosia For Heads sift through it for you and only supply you with that great stuff. Despite the reports, Hip-Hop is alive and well and, in many ways, it’s better than it’s ever been. Not only can we go back and listen to all of our favorites at the click of a button, but there is also a ton of great music still being made by artists, young and veteran alike…if you know where to look. To help with that task, we’ve created a playlist with recently released music. We update it regularly, so subscribe to follow us on Spotify if you like what you hear. This weekend, Snoop Dogg made his biggest move since joining Def Jam Records as an executive. Yesterday (November 19) Tha Doggfather released Snoop Dogg Presents Algorithm. The compilation marks the label arrival of Griselda star Benny The Butcher, introduces a host of bubbling talent, and recruits Mary J. Blige, Wiz Khalifa, Dave East, and Fabolous. However, in presenting a new chapter for Def Jam, Snoop taps two of its steadfast stars of the 1990s and 2000s to kick things off (after a brief intro). Method Man and Redman team up for "Alright," a song produced by West Coast O.G. Battlecat that features Nefertitti Avanti. Redman & Method Man Are Making Blackout 3 Reggie Noble kicks things off with the kind of punchlines that made him a star to begin with: "Yo, I can write rhymes in my phone and sell it on eBay / I moved up like George—ayo Weezy / My punchlines hit like Gervonta in the ring / And when you swing, it's little Nacho Libre / In the booth, I Crash Bandicoot / No room, '90s era, gotta raise the roof." Funk Doc then makes it a point to shout out his song's producer: "Cheers, get put in the trunk / That's my ni**a Battlecat providin' the Funk / That's the old world, I'm frontline from a cold borough / You in the back like a epidural." Method Man follows with a stunning set of bars: "Back with my Uncle Snoop / Like it's 2 Live Crew way back with my Uncle Luke / I get MIA with your bae, chuck up the deuce / Feelin' like I took the W, I done stuck up the groove, yeah / Don't mean to trouble you, guess who stepped in the room / With the same clothes he slept in / One more step and kaboom / So just assume to these MF'ers, I'm DOOM / On the day that I was born I wrote M-E-F in the womb / That was crazy, my mama's baby, my papa's maybe / That's papa's lady but she ain't rockin' with papa lately / And I'm a son, I don't run, don't need to nominate me / Just had a fraction for somethin' common, denominate me / Yeah, for the green, they try and abominate me / They hope to change me like that ain't something Obama gave me / It's me and the S-N-double O-P / To my sisters with the voices like SWV." The verse honors the late MF DOOM, whom Method Man was an avid fan of, telling Ambrosia For Heads so in a 2015 interview. Red' and Meth', who have a Blackout 3 album in the works, sound razor sharp—and benefit from the production of a fellow O.G. Method Man Gets 100% Real About His Album, The Media & Why He No Longer Curses on Songs (Interview) You can hear additional selections from Kanye West, Andre 3000, AZ, Devin The Dude, Joell Ortiz, Big Sean, Stalley & Apollo Brown, Planet Asia, Ransom & Rome Streetz, Young Thug, Meek Mill, Atmosphere, Lauryn Hill, and Mick Jenkins, among others. #BonusBeat: AFH's What's The Headline recap of Method Man and Redman's 2021 Verzuz:
Source: ambrosiaforheads.com