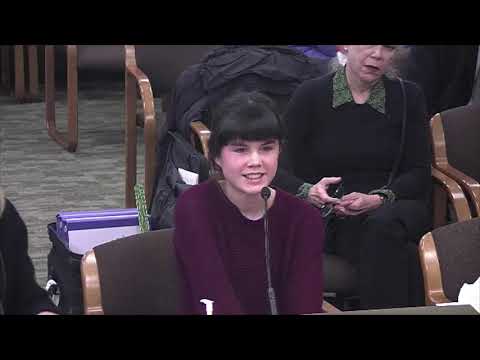 Microwave radiation illness: Child testifies about the dangers of WiFi in schools 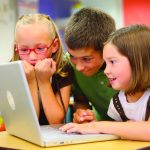 (NaturalHealth365) These days, many parents choose to provide their children with cell phones.  It’s not necessarily a bad idea, because when used properly cell phones can provide essential communication and keep children safe.  But, a question still remains: is WiFi (wireless) radiation harmful?

From cell phones and WiFi routers at home to free WiFi at schools, children are exposed to a significant amount of wireless radiation every day.  Unfortunately, many parents, schoolteachers, and guardians don’t realize the potential dangers of microwaves and wireless internet connections.

For example, just take one girl’s testimony about her experience with “microwave sickness,” aka electromagnetic sensitivity.  It will certainly make you think twice about the technology.

These days, humans are exposed to an unprecedented amount of electromagnetic radiation. Excessive exposure to electromagnetic radiation – which is hard to avoid these days thanks to free WiFi in schools, cell phones, and the ever-growing threat of 5G small cell towers – is believed to interact with the human body and lead to illnesses or disability in many cases.

Of course, more research would be helpful, but the reported symptoms of electromagnetic sensitivity include headaches, anxiety, suicidal thoughts, depression, nausea and fatigue.  And, yes, many health experts warn that children are even more at risk for these symptoms.

Lucia, a minor enrolled in a school that used WiFi – began experiencing nausea and rashes for over a year before her condition was diagnosed.  Watch Lucia tell her story – below.

According to the Environmental Health Trust, The American Academy of Pediatrics (AAP) “recommends that the U.S. government tighten wireless exposure limits and that the public reduce children’s exposure to cell phones and other devices that emit wireless radiation.”

What to do about WiFi?  Public health officials and parents are calling for greater Ethernet usage at schools, among other tech-smart strategies

Parents, pediatricians, and other experts who are concerned about the increased use of WiFi in schools have a right to be concerned, and their call to get rid of WiFi in lieu of wired internet connections can help children – already more sensitive to electromagnetic radiation – avoid excessive exposure to this potentially harmful modern day technology.

If you want some other tips for keeping you and your family safe from wireless radiation, try these from the AAP:

Ultimately, the cell phone manufacturers can not guarantee the amount of radiation you’re absorbing will be safe.  Establish some “cell phone safety” ground rules in your family, consider “unplugging” more often in your own home, and talk to your school administrators about the dangers of WiFi (microwave) radiation.

The post Microwave radiation illness: Child testifies about the dangers of WiFi in schools appeared first on NaturalHealth365.

Microwave radiation illness: Child testifies about the dangers of WiFi in schools