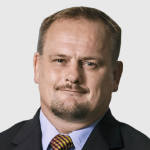 US equity index futures are performing another omicron U-turn this morning, limiting the fallout in Asian markets of another fairly gruesome Wall Street session on Friday. The driver of the whip-saw return of serve omicron headline tennis comes from South Africa, where an article from the South African Medical Research Council, suggests that omicron symptoms were milder than previous incarnations, with hospitalised patients mostly having comorbidities. Of course, the sample size is small, but markets never let “the data” these days get in the way of narrative. Omicron variant milder = U-turn = buy everything.

Asia, having suffered so greatly in the delta wave, is understandably more cautious and now is also coming to grips with the reality of the Federal Reserve taper as well as China’s “shared prosperity,” property sector and tech-saga travails. It is no surprise that regional investors have refused to join in North America’s virus ping pong price action unless you are a retail FOMO-gnome inhabitant of Japan’s Nikkei, and South Korea’s Kospi.

Last Friday’s US Non-Farm Payrolls was dismal, adding just 210,000 jobs with a modest upward revision of 82,000 jobs to the October data. The soft data turned into a nil-all draw for markets though as the household employment data suggested 1.1 million jobs had been added, sending the unemployment rate plunging from 4.60% to 4.20%. There are still 10 million open jobs in America and the National Federation of Independent Business survey shows small businesses are crying out for workers. The participation rate remains a dire 61.80%, even as ISM Non-Manufacturing PMI and Business Activity, Employment sub-indexes outperformed.

The truth about employment clearly lies somewhere between the two headline numbers with the household survey likely more prone to exaggeration. Nevertheless, it seems clear that either the workforce has shrunk dramatically through early retirements for example, or Americans are so much wealthier, thanks to the Federal Reserve pimping up asset prices, that they feel no need to immediately return? In this respect, the Fed may have accidentally shot itself in the foot. Such is life in economics, cause, and effect.

Net-net, the overall data impact on Friday didn’t change the narrative surrounding a fast Fed taper and markets have now priced in two rate hikes by late 2022. Apart from allowing markets to fret over omicron into the end of the week, faster tapering and rate hikes impacted tasty valuations of tech stocks, but also lifted the US dollar. The US bond market continues to behave interestingly though, with the curve flattening instead of steepening, as bond markets price in faster, but lower terminal rates from the FOMC, and remaining comfortable that the Fed has medium/long-term inflation under control.

Things are going to get very interesting if that narrative changes and its first challenge could come this Friday if US CPI prints at 7.0%+ YoY. Secondly, if more omicron outlooks hit the street this week suggesting it is more contagious but less aggressive, you can reasonably assume we have seen the lows in USD/JPY and USD/CHF and oil, but I suspect technology will still struggle at the expense of the denizens of the Dow Jones and Russel 2000. ASEAN will probably be the winner as well versus North Asia.

Of course, China issues have not disappeared and despite reassuring words from various state organs regarding China company US listing over the weekend, nerves surrounding China big-tech will continue. The property sector faces another reckoning this week as well after Evergrande announced on Friday it had received a USD 260 million repayment demand, and that it could not guarantee it would be able to meet liabilities going forward. That led to the Guangdong local government “sending in a team” to help manage operations. Evergrande and Kaisa face offshore payment deadlines today and tomorrow as well. There is still plenty of juice in this story into the year-end, with Hong Kong markets probably the more vulnerable. What has likely changed is that the odds of a RRR cut by the PBOC have ramped up.

The data calendar is mostly second-tier this week in Asia except for the Reserve Bank of Australia and India’s latest policy decisions. Directional moves will be dominated by omicron, Evergrande/Kaisa and Friday’s US CPI data, ahead of a central bank policy decision frenzy around the world next week.

Today’s ANZ Job Advertisements, which rose by 7.40% MoM in November, is unlikely to sway the RBA from its ultra-cautious, release the doves, course. The policy statement will be the more interesting, with markets searching for signs of wavering of that course from the RBA. They are likely to be disappointed with omicron community infections in Australia leaving the central bank’s finger glued to the W for Wimp button. The RBI’s policy decision will be more interesting. Rates will remain unchanged, but with stagflation, I mean inflation, moving higher recently, the RBI may signal a rate hike or two are coming. That will be another headwind for local equities, although the rupee may gain some support, assuming the RBI doesn’t provoke a stampede of international fast money out of local equities.

Oil is on the move today as well, with Saudi Arabia raising January prices to Asian and US customers by USD 0.60 a barrel over the weekend, although it cut official selling prices (OSPs) to European customers. Technically, that will make other grades of oil from other producers around the world more appealing to Asian buyers, but Brent crude and WTI are up by 2.0% today anyway. Given that OPEC+ is proceeding with its planned 400,000 bpd increase this month, it appears that Saudi Arabia is taking a punt that omicron is a virus in a teacup. Saudi Arabia’s confidence, along with the South African omicron article over the weekend, is a boost to markets looking for good news in any corner they can find it.

The section where Jeff talks about bitcoin

Finally, one “asset class” that didn’t enjoy any good news was the crypto space. Fresh from Singapore banning a local crypto exchange for promoting a coin illegally associated with a South Korean boy band, yep, cryptos are a maturing market with more institutional participants, bitcoin and ether slumped by around 20% on Saturday, before recovering over half of those losses. I am at a loss to why this happened, but I’ll take a wild guess. Cryptos trade in little islands of liquidity on centralised exchanges; there is not one venue aggregating liquidity. A large leveraged position or two had margin calls on Saturday, and the resulting selling triggered a perfect storm amongst other long positions in a low liquidity time period in isolated liquidity venues. Arbitrageurs would have had a field day. The automated “market makers” did what they do in any other asset class when the going gets tough, disappeared. (insert flash crash/asset class here)

Because cryptos are a rapidly maturing mainstream asset class, I applied an appropriately scientific approach to the problem. I did a voodoo dance threw chicken entrails into the air. When the chicken entrails landed, otherwise known as technical analysis, it actually suggests Saturday’s sell-off was in fact bullish. Bitcoin’s plummet to USD 42,000.00 was very near to the 61.80% Fibonacci retracement of the January to November rally. The 200-day moving average at USD 46,400.00 also held on a closing basis. I’m not going to say the coast is clear until bitcoin reclaims USD 53,000.00, though. It does look like bitcoin is vulnerable to more downside liquidity events, so approach my voodoo dancing chicken entrails outlook with caution.

I look forward to my email inbox filling up tonight with strange people calling me an idiot and saying they all bought Bitcoin at USD 1.0. I will receive none from people saying I bought it at USD 67,000.00 and I wish I’d listened to you, Jeff. For me, I eagerly await the gigantic “institutional players” appearance to “stabilise markets.” Bueller? Bueller? Ferris Bueller?