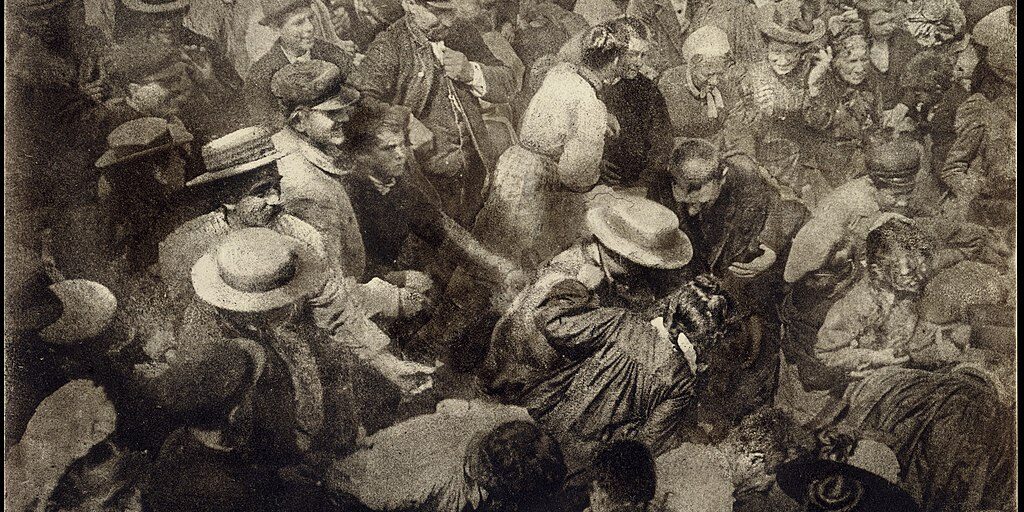 Mini-Throughput: The Continued Failure of Malthusianism

Two centuries ago, Thomas Malthus conceived the Malthusian theory. The claim was that human population tends to grow exponentially while food resources only grow linearly. That if food production doubles in a certain amount of time, human population will quadruple. As P.J. O’Rourke put it, there’s no limit to the amount of kids you can have, but you can only plow so much land before the plow hits the side of the house.

The Malthusian theory has underpinned a huge amount of concern about overpopulation, with devotees of the theorem claiming that humans naturally overpopulate and that this results in famine and war to keep the population down. The highly influential 1968 book The Population Bomb expounded supposedly inevitable Malthusian scenarios that would erupt over the next few decades, a prediction that not only failed but cost Paul Ehrlich a ripe sum of money.

Because, you see, there is no actual evidence to support the Malthusian theory. You can look at pre-industrial eras and, if you squint a bit, see some evidence of it. But the modern industrial world has put the lie to Malthusian theory. Crop yields have grown, population has leveled off, technology has dropped fertility to the point where underpopulation is a growing concern and not just in Elon Musk’s pants. The simple fact is that from almost exactly the time Malthus wrote his treatise, we have steadily fed more people and, over the last few decades, on less land.

That latter trend, with food production growing rapidly since the early 1960’s, has been a particularly important point. The Green Revolution was the result of actual scientists looking at the food problem and doing something about it beyond writing books. High-yield variants of crops, better land management and fertilizer sent product yields soaring. India went from starving to exporting food. The panics and wars and epidemics that Ehrlich got so much attention and reverence for predicting never happened (in fact, they were on there on their way to not happening years before he wrote his book). When Norman Borlaug, sometimes called the Father of the Green Revolution, won the Nobel Peace Prize, they estimated he had saved over a billion lives.

In other words, Malthusian theory is fine … in a vacuum. But when you take into account human behavior and ingenuity, the theory falls apart. Because it turns out there are limits to how many kids you have. And you can harvest way more crops than ever imagined before you hit that side of the house.

All of this is why I was excited to read about some critical developments in the New Green Revolution:

The Green Revolution’s crops required increased fertilizer applications to achieve their higher yields. However, fertilizers have some ecologically deleterious side effects. For example, the surface runoff of nitrogen and other fertilizers not absorbed by crops spurs the growth of harmful alga in rivers, lakes, and coastal areas. In addition, excess nitrogen fertilizer gets broken down by soil bacteria such that there are rising atmospheric concentrations of the greenhouse gas nitrous oxide, which, pound for pound, has 300 times the global warming potential of carbon dioxide.

The good news is that in the last month, two teams of modern plant breeders have made breakthroughs that will dramatically cut the amount of nitrogen fertilizers crops need for grain production.

You can click through to read the details. Basically, we are getting new strains of crops that absorb more nitrogen while increasing yields. This could solve multiple problems at once, increasing food yields, decreasing land usage, cutting runoff and cutting energy consumption. The latter is notable. As I have argued before, solar panels are great but if you really want to tackle global warming, you’re going to have to innovate in arenas like construction and food production.

There’s a hell of a lot of work to be done over the next decade or three. For example, one area of concern is the UG99 wheat stem rust, a fungus that has the potential to devastate crop yields. And all this innovation won’t help if crazed monsters deliberately attack food production and transportation. Just as human ingenuity has fed the world, human evil could starve it again.

But the Green Revolution is not over. It has just moved to a new phase. And with every new discovery and breakthrough, the doom-mongers are proven to be wronger than ever.

Mini-Throughput: The Continued Failure of Malthusianism