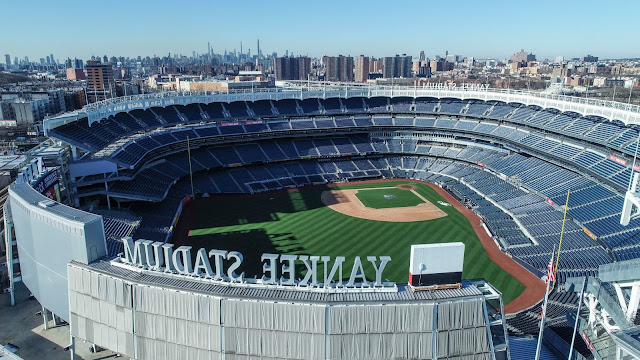 Life after the Pandemic and the Cheating Scandal…

Now that it has been a few weeks since baseball ended its strange, shortened season, it is time to look forward to the upcoming season next Spring. There’s probably reasonable doubt the regular season as we knew it until this year is probably still a couple of seasons away. I am not really expecting a full unaltered schedule in Spring Training and the regular season. Granted, we probably won’t have any specific details until early next year, but I truly hope we have more than 60 games. My general expectation at this point is at least 154 games but that’s assuming we can get a handle on the pandemic sooner than later. Although it is possible, I am not sure we’ll make it to a full 162 games with adjustments that will need to be made. Maybe I am totally wrong and next season returns business as usual. Not likely in my opinion but certainly possible.  Realistically, I see somewhere between 120 to 154 games, plus or minus. Or to better hedge my bet, somewhere between 1 and 162 games.

I figured that A.J. Hinch and Alex Cora would find jobs one day but admittedly I did not think it would happen so quickly. From the moment Alex Cora was fired as the manager of the Boston Red Sox, I felt strongly he’d be back. I never once thought Ron Roenicke was anything more than a one year “fill-in” even if the interim tag was pulled off his title early this past season. I’ve seen Red Sox fans upset that the team rehired a cheater. True. But with all honesty, from the moment the Detroit Tigers hired A.J. Hinch, it was only a matter of time until Cora got his next gig. While I don’t like Alex Cora, I do think he is a good manager and I say that with sincerity despite his active role in the Astros cheating scandal.

As for Hinch, I guess you can probably say that his crime was knowing about the cheating tactics and doing nothing about it, versus Cora’s active participation. Is that better? Not sure as both men broke the rules and disgraced the sport. Yet, here we are, and both men hold jobs in Major League Baseball again after serving their respective one-year suspensions. Apparently other men adversely impacted by the Astros scandal have short memories. Hinch just hired former Los Angeles Dodgers coach George Lombard to be his bench coach with the Tigers. Lombard was coaching for the Dodgers in their World Series loss to the Astros in 2017.

There was a time I didn’t think former Astros general manager Jeffrey Luhnow would ever get a job in MLB again but now that Hinch and Cora were able to return so quickly, I think it is only a matter of time until some desperate MLB owner comes knocking on Luhnow’s door to help with a rebuild.

My hope is both Hinch and Cora have genuine regret for their prior indiscretions and cowardice, and they have recommitted themselves to preserving the integrity of the sport. Any future violations should result in immediate lifetime bans. They should literally be walking into the land of zero tolerance, not even a whisper of crossing the ethical line. If they prove they are worthy of redemption, they should get it. We are the land of second chances. I hope they do not abuse the privilege handed to them as members of Major League Baseball.

This is a big week for MLB. Rookies of the Year will be announced tomorrow (Monday, November 9th). Managers of the Year will be November 10th (as much as I dislike the Rays, I’d say Kevin Cash has to be the easy AL winner). Wednesday, November 11th will be the AL and NL Cy Young Award winners, while Thursday, the 12th will be the MVP’s for each league. November 11th also represents the deadline for players, who received a qualifying offer, to accept or reject the offer. DJ LeMahieu is expected to reject the offer to dip his toe into free agency. 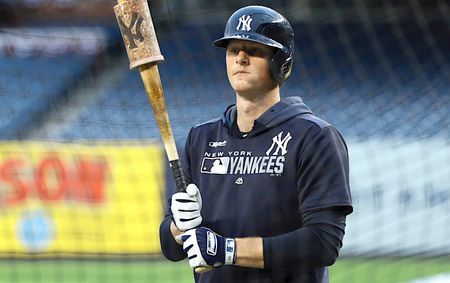 I really hope the Yankees re-sign LeMahieu. Even with the talk the Cleveland Indians have opened the bidding for Francisco Lindor, I’d prefer LeMahieu’s return. Lindor would be great, no doubt, but he will cost much in talent and dollars. LeMahieu is not as costly and I am not a proponent of moving him to first base. I do firmly believe Gleyber Torres will get better at shortstop. I am confident he is putting in the work as I type this post, and he’ll be better prepared for the starting shortstop role in 2021 than he was this past season. Maybe he is not the elite player Lindor is but I am perfectly fine with Torres and LeMahieu at shortstop and second base, respectively. If anything, I want dollars and talent to help improve the pitching staff behind Gerrit Cole and eventual return of Luis Severino. So, as much as I like Lindor, I do not feel he makes sense for the Yankees this point in time.

Honestly, I think if the Yankees go after Lindor, it means LeMahieu won’t be back.

The Yankees should take a flyer on Corey Kluber if the price is right. There’s huge risk, no doubt, but great upside potential if he is healthy. Nothing ventured, nothing gained. I know he is not the pitcher he once was, but even the great Pedro Martinez subscribed to the Toby Keith song with the lyrics, “I ain’t as good as I once was, but I’m as good once, as I ever was”. That “once” could easily be a big October moment.

I am not really expecting any major trade acquisitions or free agency signings this month. It could happen. James Paxton was a November trade a couple of years ago but I think this off-season will be slower to get started. It might never pick up with any acceleration as teams count their pennies after 2020’s lost revenues.  I think even this year’s Winter Meetings next month will be more somber than usual.

I guess I don’t follow the relationships of Yankees farm teams very closely. I was shocked to hear yesterday the Yankees had abandoned the Trenton Thunder as their Double A affiliate and have moved on to the Somerset Patriots in Bridgewater Township, New Jersey. The Thunder will be offered the Patriots’ spot in the independent Atlantic League while the Patriots will move to the Eastern League replacing the Thunder. The move caused bitter reaction from Thunder ownership so there were obvious tensions between them and the Yankees throughout this process. Thunder owner Joseph Plumeri released a statement which included “While this community built the Yankees organization up and set minor league baseball attendance records, it seems the Yankees were only focused on trying to cut culturally diverse Trenton down in favor of a wealthy, higher socioeconomic area in Somerset”. Trenton had been the Yankees’ AA team since 2003. For some reason, I thought of the Boston Red Sox when I first heard the name “Somerset Patriots”. It must just be the team’s New England sounding nickname since they have no affiliation with Boston and of course Somerset is in New Jersey, not New England. The Patriots play their games at TD Bank Ballpark in Bridgewater. 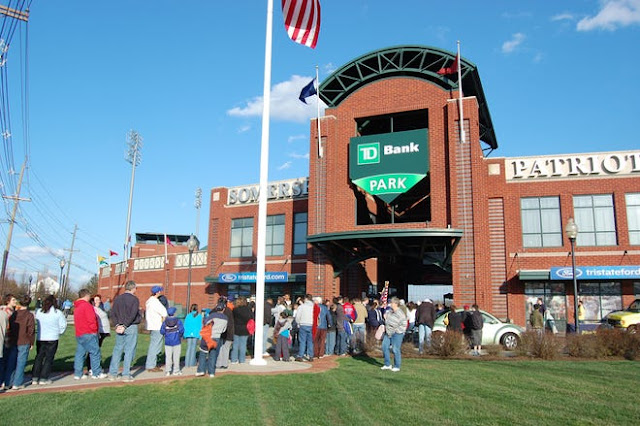 The Yankees also gave the axe to Charleston, South Carolina, ending their relationship with the Class A River Dogs. They will be replaced by Hudson Valley Renegades. The Renegades play their games at Dutchess Stadium in Wappinger Falls, New York. The Renegades also replace the Tampa Tarpons as the Yankees High-A affiliate. The Tarpons are still in the family but move down to Low-A.  The moves certainly put the three most critical Yankees farm teams in close proximity to the greater NYC area. Maybe that’s the grand design. The Renegades were most recently the Class A Short Season affiliate for the Tampa Bay Rays. 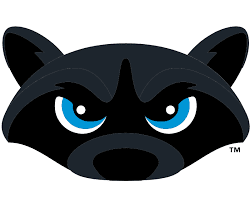 Welcome to the new cities joining the Yankees family! While we will miss Trenton and Charleston, it will be fun to see players create new memories in Bridgewater, New Jersey and Wappinger Falls, New York as we move forward.

Thank you to Erik Kratz. After his long career, spent mostly in the minor leagues, the mini-Yankees celebrity this past season has announced he won’t be playing in the 2021 season. The 40-year-old Kratz almost certainly has a very bright coaching career ahead for him if he decides to stay in the game. I can easily see him as a MLB manager one day. 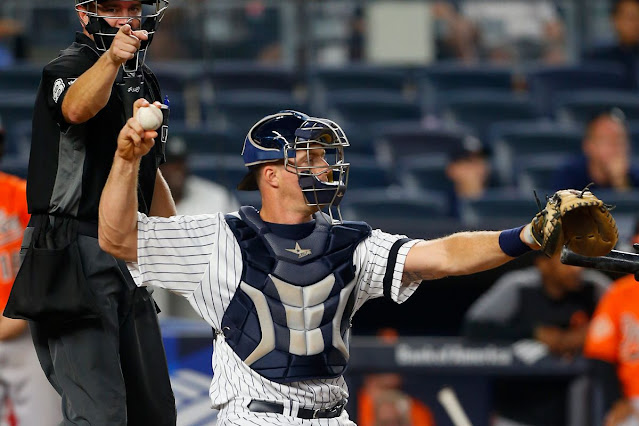 I am relieved that J.A. Happ is no longer a Yankee. He had some good moments as a Yankee and I appreciate his time, for the most part, in Pinstripes but I was so ready to move on. Of course, the Yankees need to ensure that they find suitable replacements for the loss of Happ and possibly Masahiro Tanaka and James Paxton but giving Happ’s spot to Clarke Schmidt or Deivi Garcia is an easy call. Not sure that I want to go into 2021 with both Schmidt and Garcia as starters but at least one should make the cut. I prefer experience for the other open spots.  I expect Jordan Montgomery to be better in 2021 as he further distances himself from Tommy John surgery and the Yankees should get Luis Severino back by next summer. I’d love to see the Yankees bring in Trevor Bauer if they choose not to bring back Tanaka and/or Paxton.  I think some question if his personality would fit with team chemistry but there should be no question he carries major talent in his right arm. I think he’s one of those guys you hate when he’s not on your team but you love when he is.

This has been a weird year and I hope everyone has managed to stay healthy. One of my former employees, only in his 40’s with young children at home, lost a month-long battle with the coronavirus this past week. It’s a reminder it can happen to anyone so please be safe.