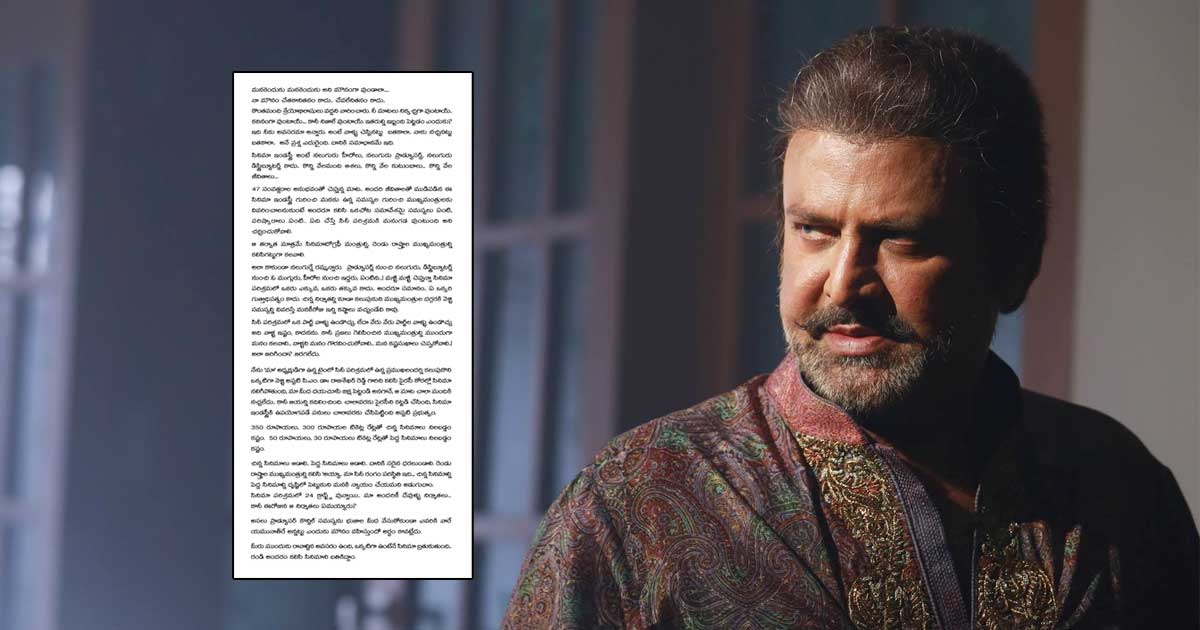 Actor Mohan Babu, who released a letter to convey his views on issues facing the Telugu film industry, has mentioned that the industry lacks ‘unity’.

In the letter, the ‘Pedarayudu’ actor had indicated that Tollywood must come together to resolve the issues faced by the film fraternity.

Mohan Babu also reminded of the times when late Andhra Pradesh Chief Minister Y.S. Rajasekhar Reddy had resolved the piracy issue, which was then a huge problem in Tollywood.

Mohan Babu, who had not spoken a word regarding these issues to date, had released this letter on Sunday, intending to bring the film fraternity together.

“We must seek the government to get the issues resolved. We must not let our industry die”.

Actor Pawan Kalyan had openly challenged Mohan Babu to speak out against the unprecedented decisions made by the AP government.

Megastar Chiranjeevi, the producer’s council, and many directors had tried multiple ways to reach out to the government to resolve the issues, but in vain.