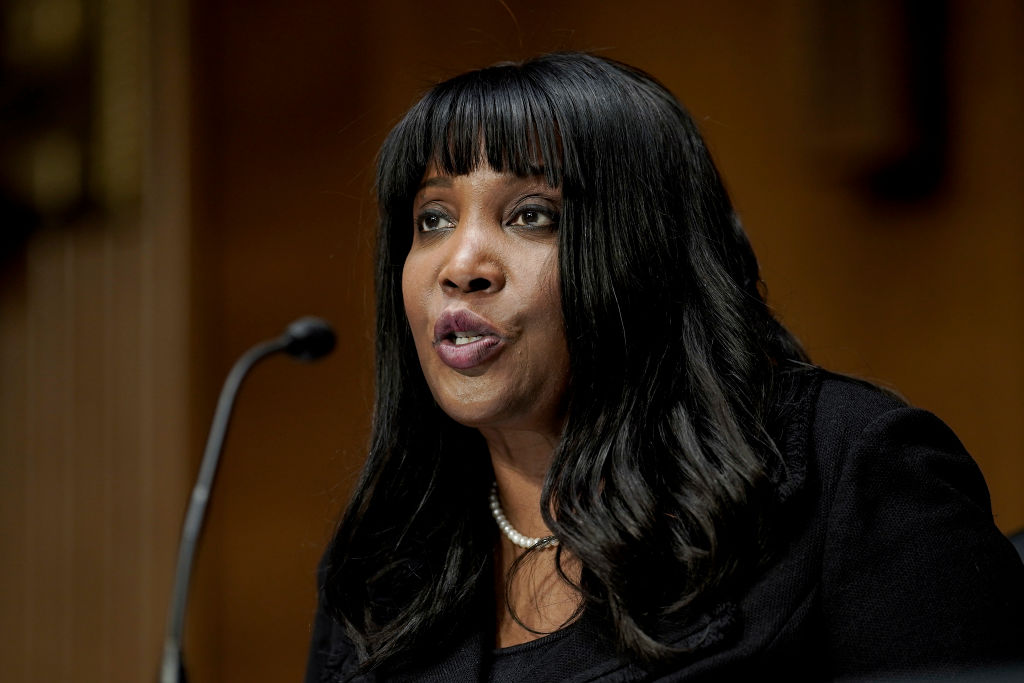 You might not have heard of Lisa Cook prior to breaking this historical news, but we’re pretty sure that you won’t forget her from this day forward. We understand some folks’…irritation with the fact that it’s 2022 and we’re still “making history” by becoming “the first Black [insert title here]” but as much as we fight for the equality that America purports to promise, why not make mention of the strides that are being made in the right direction?

According to the AP, with a party-line vote of 51-50, because that’s how politics works in 2022, the Senate confirmed Cook as the very first Black woman to sit on the Federal Reserve Board of governors in the entire 108-year history of the institution. Per usual, Vice President Kamala Harris was the tie-breaking vote.

Somehow, despite her bevy of unquestionable qualifications, 50 Republicans found some make-believe issue with confirming Cook.

Cook has a doctorate in economics from the University of California, Berkeley, and has been a professor of economics and international relations at Michigan State since 2005. She was also a staff economist on the White House Council of Economic Advisers from 2011 to 2012 and was an adviser to President Joe Biden’s transition team on the Fed and bank regulatory policy.

Wonder if something else, something…darker…influenced their decision.
Congrats, sis. F**k ’em, we ball.
Source: bossip.com