More Highlights from the 1987 JCPenney Catalog! 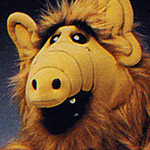 Pour some coffee and wrap yourself in a throw blanket, because you’re mine for the next fifteen minutes. 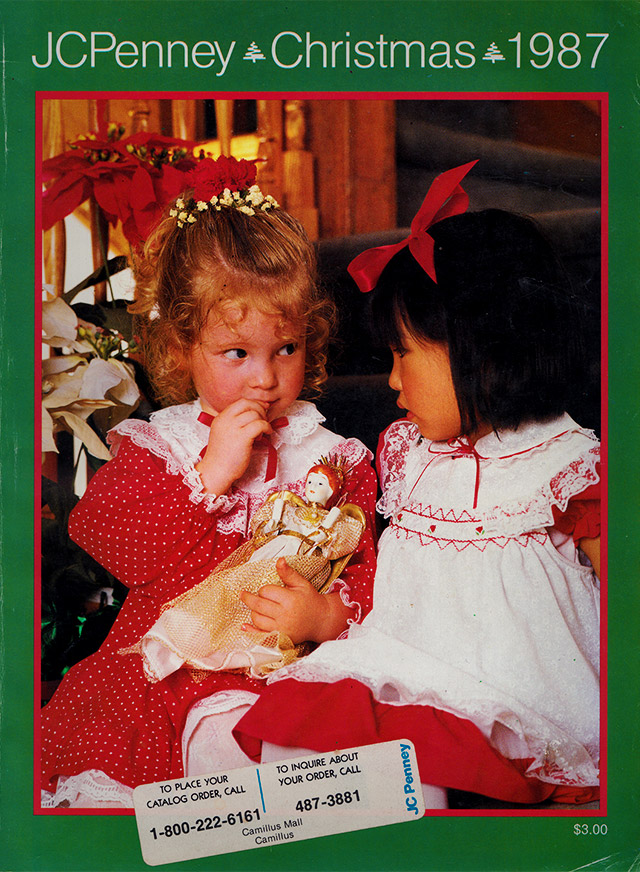 Let’s walk through the highlights from JCPenney’s 1987 Christmas catalog. Yeah, I already mined it for another article, but there are like 500 pages in this thing. I’m allowed!

These old catalogs spark so many memories for me. Not just about the toys I grew up loving, but about all the stuff surrounding them. I see an action figure I had as a kid, and suddenly I can remember the color of my old bedroom walls. (Pastel green, like Imodium A-D.)

May the following doodads unlock rusty parts of your brains, too. 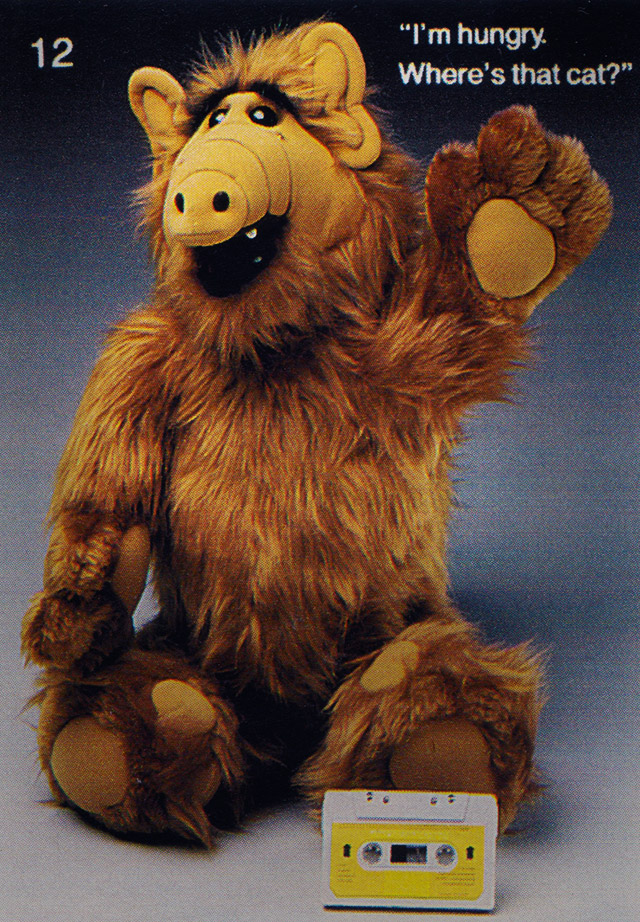 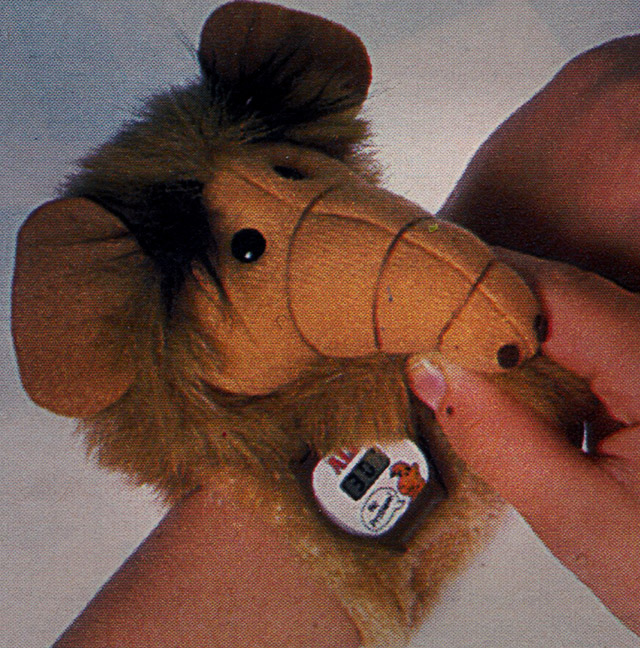 These items come from a time when ALF was inarguably The Shit. If you were too young/not alive to catch ALF in his heyday, he was the coolest “person” a kid could name.

Case in point: Coleco’s standard ALF doll, which looked like the Talking ALF shown above, was probably the best Christmas present I ever got. I can’t think of another gift I wanted more as a kid, and that was just a simple plush doll, competing against the likes of the Nintendo Entertainment System.

I never had the Talking ALF shown here, but it was essentially his version of Teddy Ruxpin. On the goofier side was that wristwatch, which bordered close to ALF taxidermy. 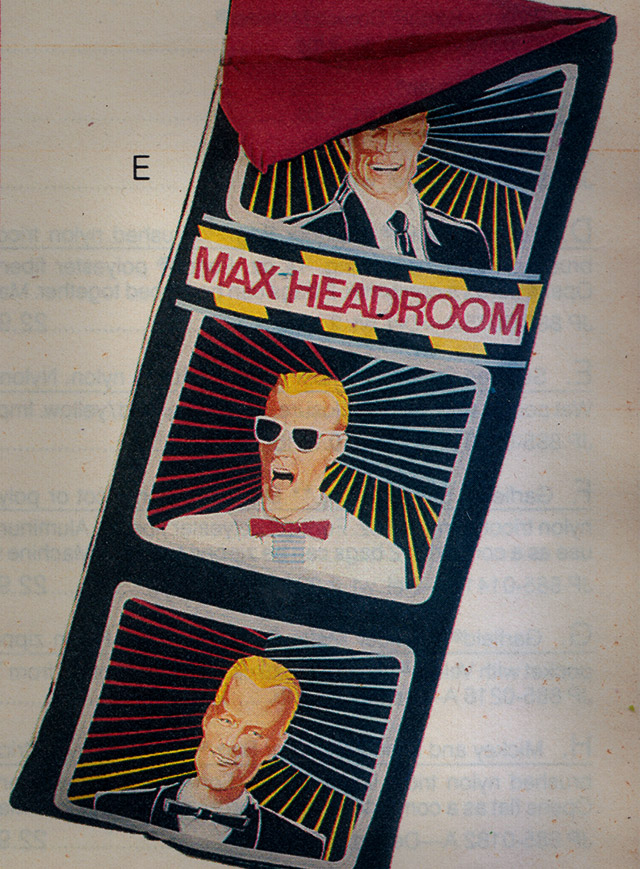 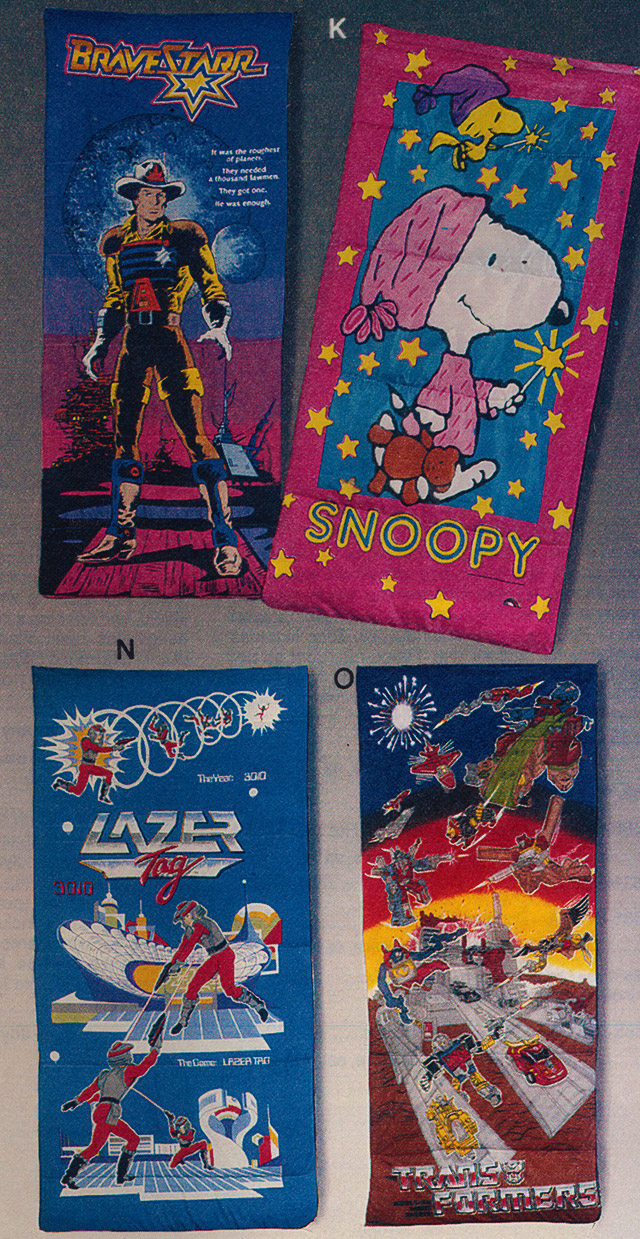 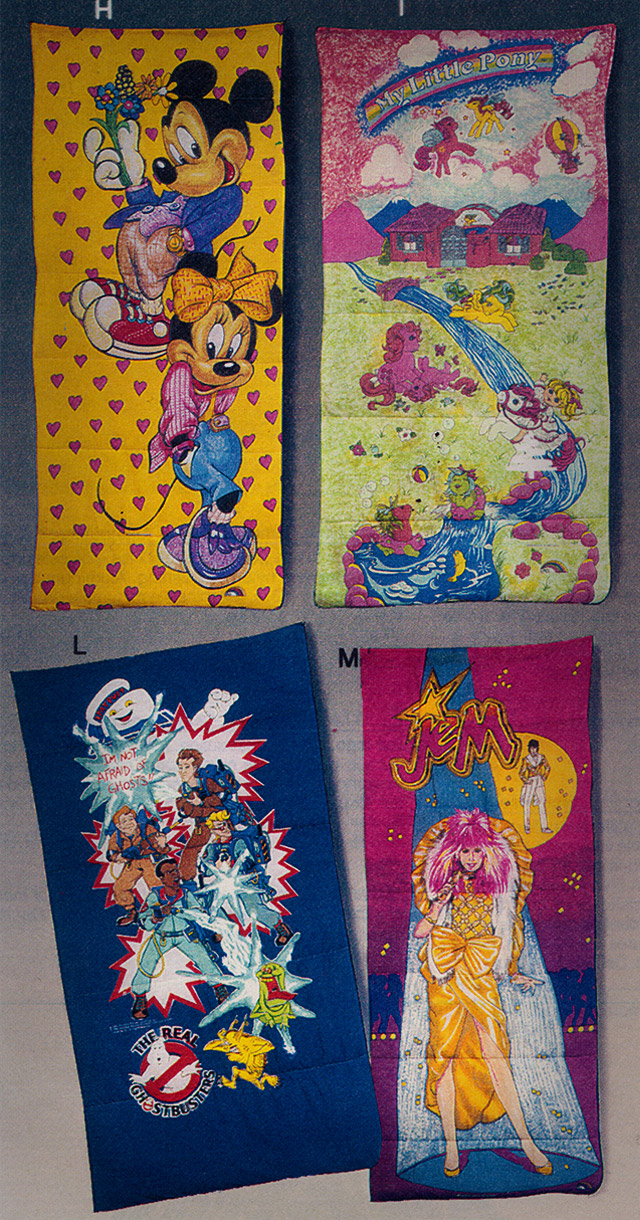 JCPenney called them slumber bags, but I’ve only ever known them as sleeping bags. There’s nothing inherently Christmassy about sleeping bags, but I still associate them with this time of year, thanks to the many multi-page spreads in old holiday catalogs.

They were great gifts, even if most kids were loath to admit it. You probably didn’t run out on Christmas morning to brag about your new BraveStarr sleeping bag, but you sure as shit lived in that thing during the week off from school.

My version was a Gobots sleeping bag. I don’t remember if I actually got it from Santa, but I spent the week between Christmas and New Year’s camping out by the tree inside of it, trying to soak up those last bits of String Light Glory before my father threw everything back into the attic. 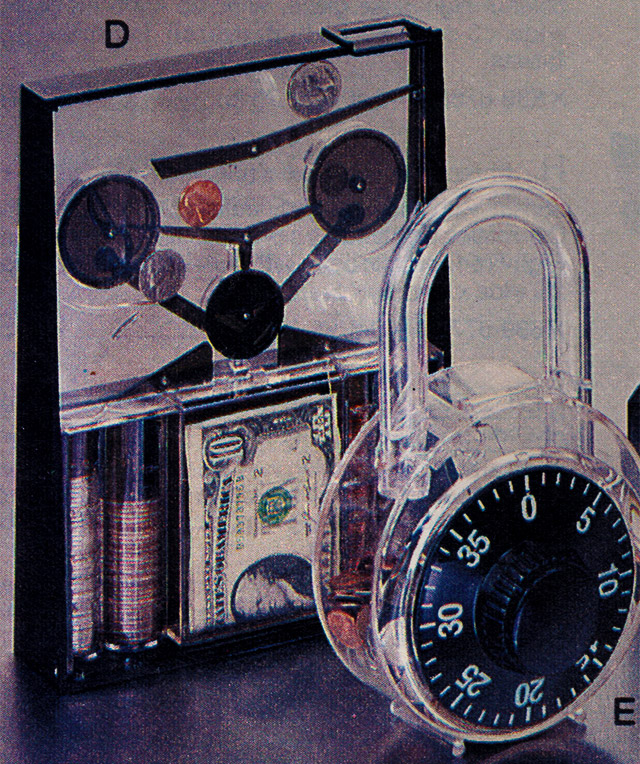 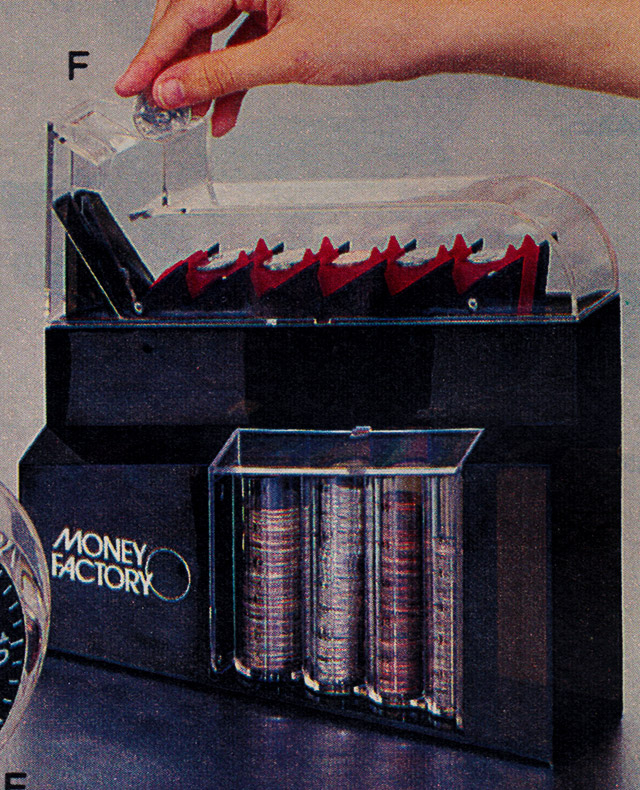 Novelty coin banks were extremely common Christmas presents during the ‘80s and ‘90s. It was probably because every department store put them out on their most obtrusive displays, along with all of those other “basic” gifts, like Isotoner gloves and boxes of cheap glassware.

It was the kind of present you got from an uncle who didn’t know you well enough to roll the dice on anything more specific. I mean, everyone had coins, right?

While such banks rarely topped kids’ wish lists, we were always happy to get them. Most of our presents only burned bright for like fifteen minutes, but a coin bank could stay relevant forever. Especially if we got one of those motorized banks that worked like Pee-wee’s breakfast machine. When I close my eyes, I can still hear the gears and motors. They sound like pissed-off cicadas. 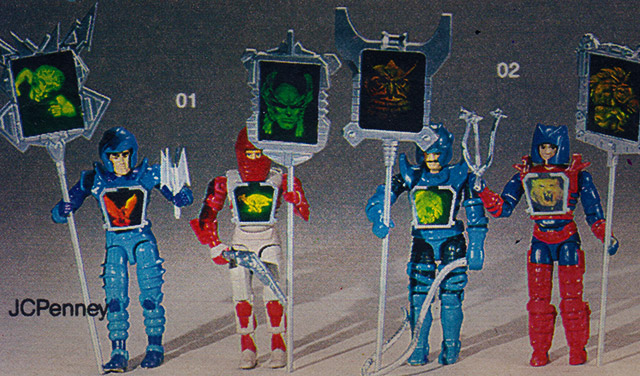 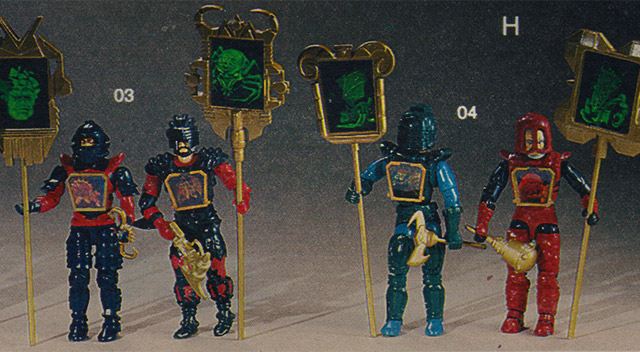 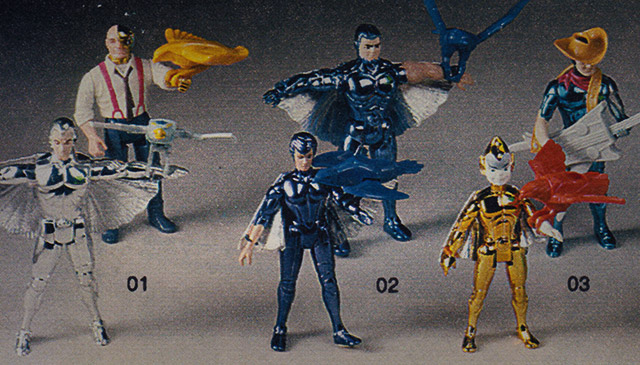 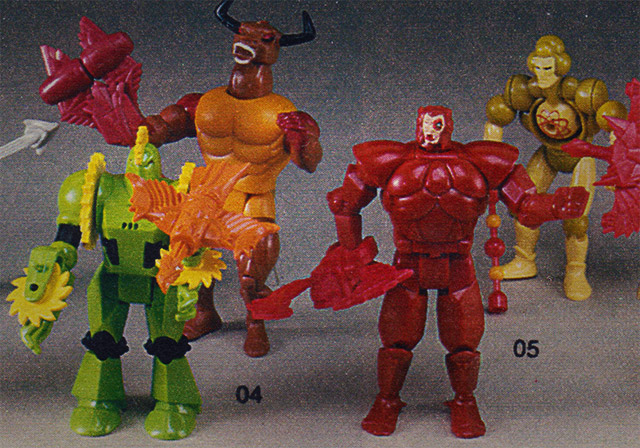 I’m grouping these together for a reason, I swear.

Looking back, one of the undervalued plusses of Christmastime was the chance to broaden our action figure horizons. Most kids were laser-focused on only one or two different toy lines, and when it came time to beg Santa for toys, they weren’t likely to deviate from them.

In practice, though, we got all kinds of toys for Christmas. Stuff we didn’t request, and sometimes stuff we’d never even heard about. While both Visionaries and SilverHawks had dedicated fans, I think they still fit that particular bill.

Like, a kid might’ve asked for G.I. Joe stuff exclusively, but once they got a load of Visionaries’ holographic chests and SilverHawks’ chrome suits, they became instant fans of those lines, too. Bet you $10 that if you really think about it, some of your biggest childhood toy obsessions were born out of gifts you never requested.

Imperial’s Classic Movie Monsters collection was just the best. These figures turned up everywhere. You could get carded versions at Toys “R” Us, but then you’d find the same figures with simple hangtags at your local pharmacy, on a shelf between miniature globes and dusty notebooks. Everywhere you looked, eight-inch rubber Draculas begged you to take them home.

Even by 1987 standards, the price on these was absurdly great. JCPenney sold all five of those figures for just 12 bucks. If you were the kind of kid who kept an eye on prices to maximize your gift volume, asking for this set was a no-brainer. Five giant action figures for the cost of one board game? Santa, we gotta talk!

Also of note is the inclusion of King Kong, who was technically part of this collection, but rarely presented as such. With the other figures being the same height, it was up to you to decide if you owned an especially short Kong or a giant freakin’ Frankenstein. 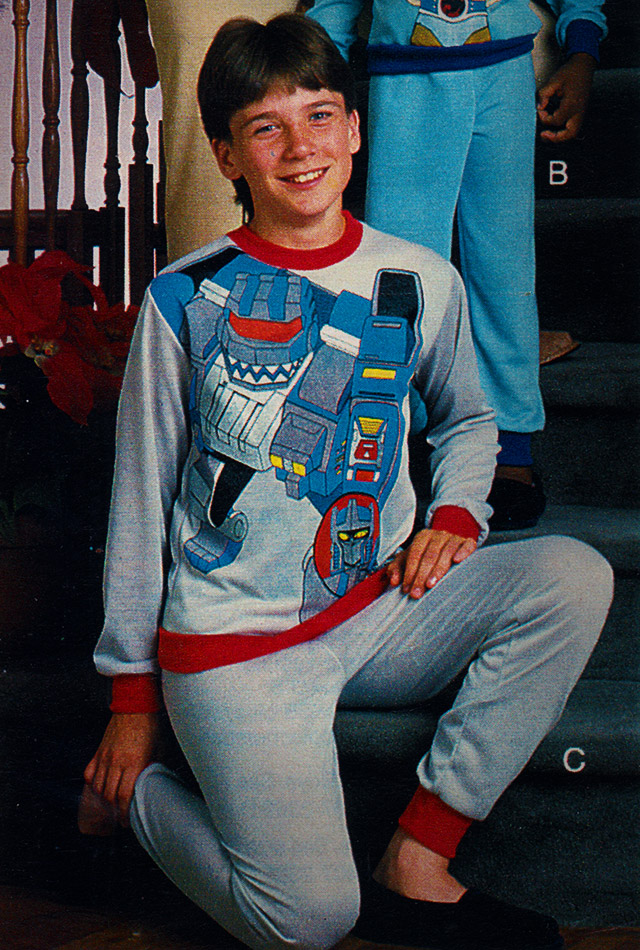 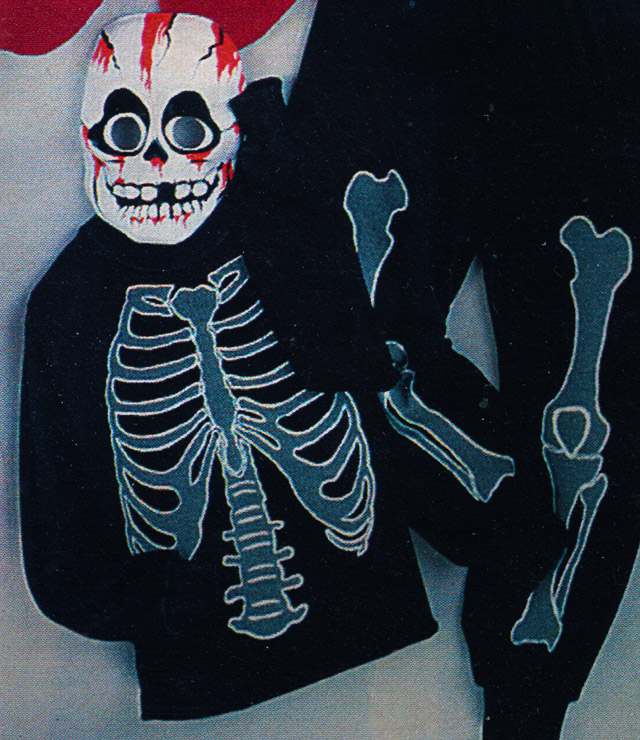 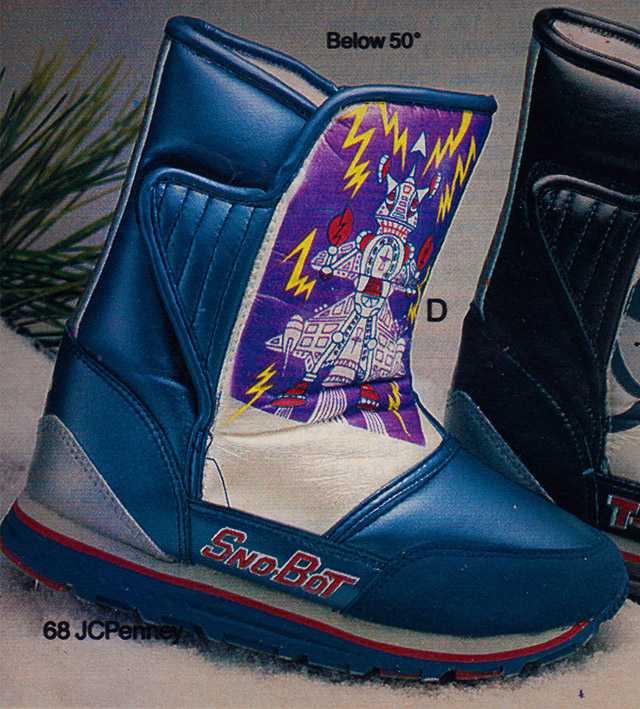 I knew I wanted to feature some sort of clothing item, but I couldn’t narrow it down from these three. So here, take them all!

First are those swank Transformers pajamas, featuring Apeface — a Decepticon so obscure, I had to spend ten minutes trying to identify him. I CANNOT BELIEVE they made official Apeface pajamas. You can tell by that kid’s face that he’s super proud of nailing a deep cut.

Next is another pair of pajamas, this time skeleton-themed, complete with a plastic mask. I’m enamored with the idea of turning bedtime into Halloween, even at the tail-end of December. Imagine a kid on Santa’s lap, asking to become a blood-soaked skull demon for Christmas.

And finally we have those Sno-Bot boots, which worked on the same principle as Freezy Freakies. The full-color robot only appeared when the temperature dipped below 50°, and would revert back to a plainer image once you went indoors. Few things incentivized kids to freeze their asses off more than these boots.

Thanks for reading! You never know when another old catalog review will pop up on Dino Drac, so stay tuned! If you missed it, I reviewed a Toys “R” Us catalog from 1985 a few weeks ago.

In other Dino Drac news, you can check out After Dark if you’re looking for a casual late-night hangout. We also just published this month’s Purple Stuff bonus show, on Patreon. It’s about our hunt for weird ice cream. Enjoy!

More Highlights from the 1987 JCPenney Catalog!