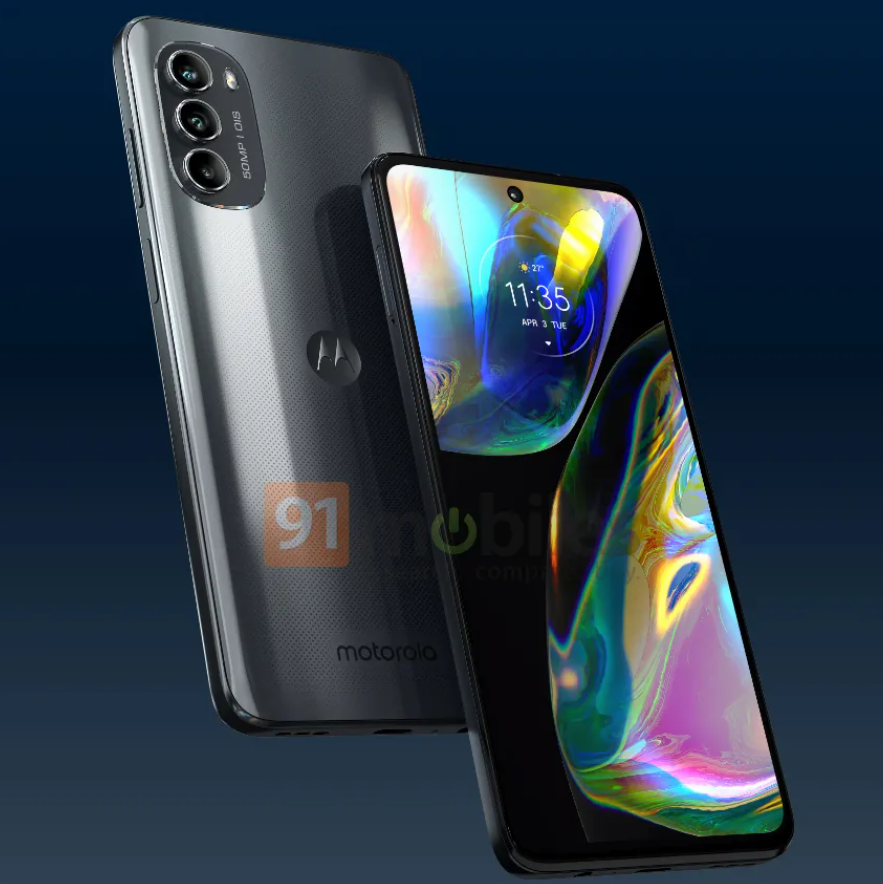 Moto G82 Leaks, Is Predicted to Come with IP52 and 120Hz Display

New photos and specs of an upcoming Motorola handset have leaked online. Based on the information, the yet-to-be-announced smartphone is most likely a mid-range device, and will be the latest addition to Motorola’s growing line-up of affordable handsets.

Based on the photos, the Moto G82 5G will feature a design reminiscent of most Android smartphones these days, with a full-screen display accompanied by a hole-punch camera situated in the center of the screen. It also seems like the handset will come with a glossy finish on the back, with a side-mounted fingerprint sensor located below the volume button.

Additionally, the phone comes with a 50-megapixel main camera with OIS, 8-megapixel wide angle and depth of field camera, and a 2-megapixel macro lens. On the front is a 16-megapixel selfie camera, while the bottom of the device will come with a 3.5mm headphone jack, which is a rarity these days.

While Motorola hasn’t formally revealed the phone, we shouldn’t be too far away from an official announcement of the G82 5G.

The post Moto G82 Leaks, Is Predicted to Come with IP52 and 120Hz Display first appeared on Phandroid.

Moto G82 Leaks, Is Predicted to Come with IP52 and 120Hz Display