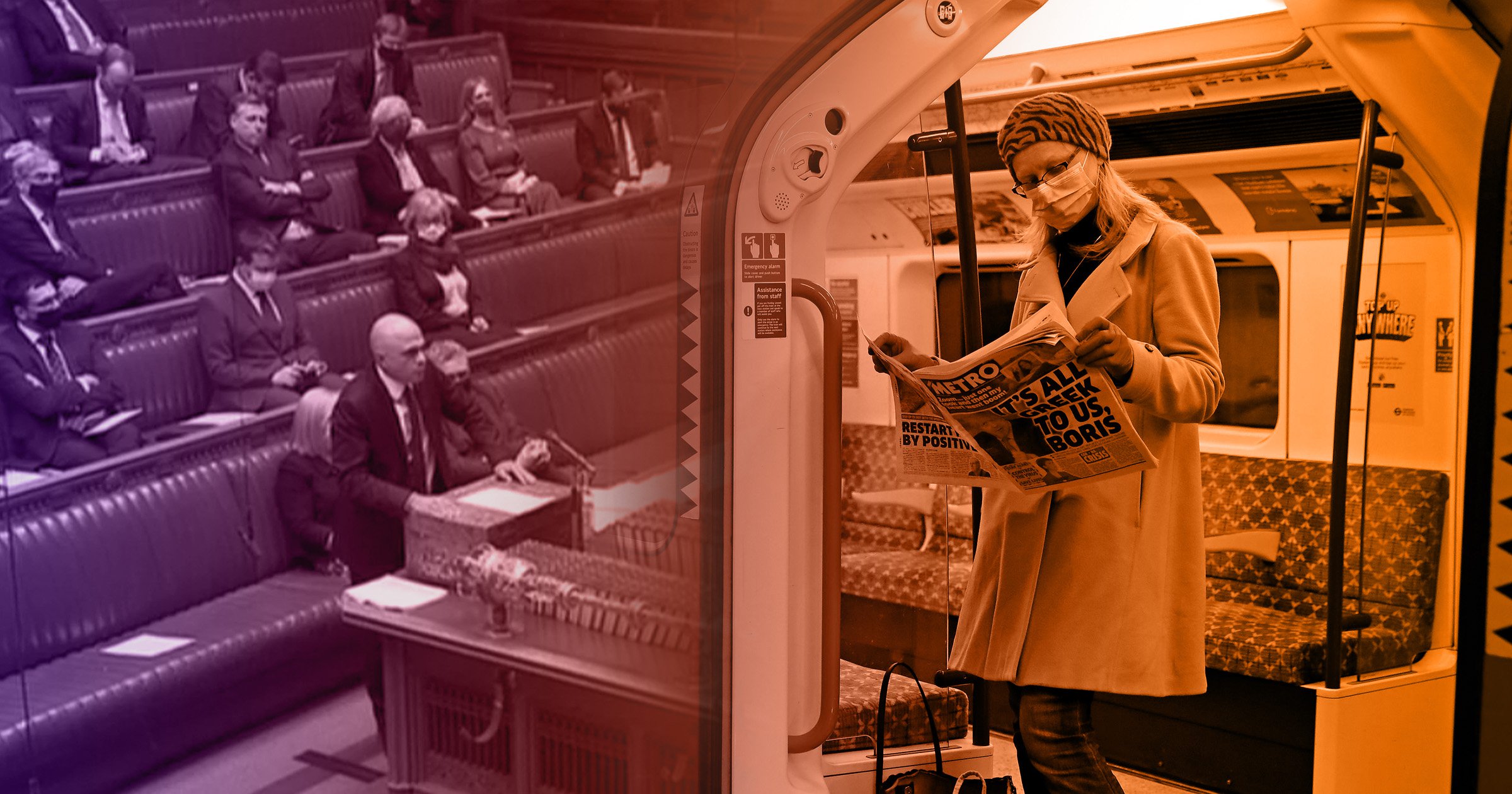 MPs pass new Covid mask rules despite 22 voting against them

While the new regulations had overwhelming support in the Commons this afternoon, 22 members voted against it.

Parliament initially said the number was 23, but a list of the MPs who cast no votes suggests otherwise.

Boris Johnson has faced backlash from his own backbenchers, with Sir Christopher Chope accusing him of a ‘scaremongering propaganda campaign’.

Most of those who voted against the new face mask requirements were Tories, with the exception of three DUP members.

MPs were called to the House to also consider the requirement of travellers returning to the UK to take a PCR test and self-isolate until they receive a negative result.

All contacts of suspected Omicron cases must self-isolate, regardless of their age or vaccination status.

There was an even bigger rebellion over the new self-isolation rules, with 35 MPs voting no – again mostly Conservatives and three DUP members.

She said: ‘While we are not implementing the entirety of the (autumn and winter) plan now, we are taking steps to respond to a potentially potent mutation of the virus.’

But former minister Sir Christopher labelled the regulations ‘oppressive, authoritarian and dictatorial’ as he warned it would have an ‘adverse effect’ on lives and livelihoods.

He argued ministers had produced ‘no evidence whatsoever’ to show the impact of the regulations on protecting public health.

The Tory MP for Christchurch told the Commons: ‘These regulations are part of a scaremongering propaganda campaign on the part of the Government, which is really designed to try to stop or restrict social interaction between social animals who happen to be living in the United Kingdom.

‘That I think is potentially the most damaging aspect of these regulations before us today.

‘They’re designed to suppress freedom of the individual and suppress social contact, and they’re doing that through unreasonable fear-mongering.’

Tory MPs also took exception to comments from the UK’s Health Security Agency, Dr Jenny Harries, who urged people not to socialise if they do not need to in the run-up to Christmas.

Pressing Throup over comments made by Dr Harries, Conservative former chief whip Mark Harper asked: ‘Could she be clear that Dr Harries was only speaking for herself, she was not speaking for the Government?’

Throup said she ‘cannot speak for any other person who goes on the airwaves’ but said only the measures the Prime Minister has mentioned is what is being put in place.

But Conservative former minister Steve Baker said the Government is ‘facing chaos’ if ministers do not have a view on employees of departments taking their own personal positions.

Sir Graham Brady, who chairs the Conservative backbench 1922 Committee, said there were ‘serious concerns’ about the ‘efficacy of what is being proposed’, and warned against ‘mission creep’.

Conservative MP Craig Mackinlay asked Sir Graham about the ‘madness’ of moving through a cycle of restrictions, vaccines and accompanying freedoms, followed by variants and new restrictions.

Sir Graham said: ‘I think we should all be afraid of the madness of that kind of policy.

‘And the difficulty is that, maybe 18 months ago, when some of us started raising these concerns, it was possible for some people to suggest that we were being fanciful. We’ve now lived it for 18 months, and we can see this reaching ahead.

Anger as expensive PCR tests return with some firms charging £400

What are the symptoms of the Omicron Covid strain?

‘Now again we see the Government’s immediate assumption that what it should reach for is new controls, new compulsion. New rules that will be inflicted on the British people.

‘And I think we need to move away from that, move back to a world where we trust people.’

Conservative former minister Sir Desmond Swayne warned ‘another pingdemic’ could occur as Christmas approaches to the ‘huge disadvantage of enterprises across the country’.

But at a Downing Street press conference this afternoon on the new Omicron variant, the Prime Minister said he didn’t think a repeat of this summer’s chaos would be likely.

MPs pass new Covid mask rules despite 22 voting against them