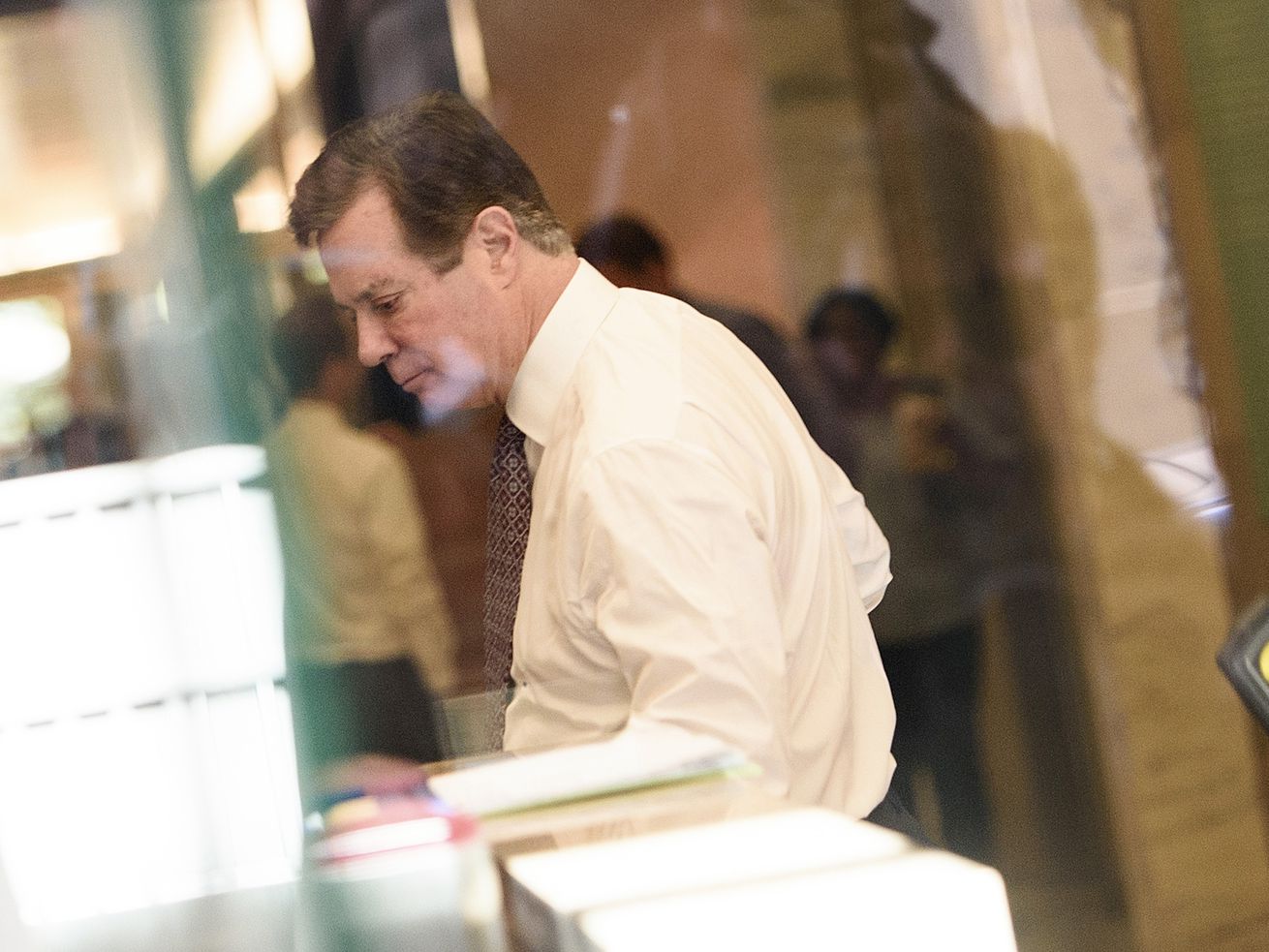 “For over a decade, Manafort repeatedly and brazenly violated the law,” Mueller’s team writes. “His crimes continued up through the time he was first indicted in October 2017 and remarkably went unabated even after indictment.”

The special counsel did not recommend a specific sentence for Manafort, but said his sentence “must take into account the gravity of this conduct.”

Manafort was convicted of financial crimes after a trial in Virginia, and then struck a plea deal to avert a second trial in Washington, DC. So he will be sentenced by two different judges — T.S. Ellis III in Virginia, and Amy Berman Jackson in the District of Columbia.

But Mueller clearly believes Manafort has still been hiding a great deal. The special counsel accused him of lying about his sharing of Trump campaign poll data with his Russian associate Konstantin Kilimnik, hiding his work with Kilimnik to advance a “Ukraine peace plan,” and other topics.

Manafort’s legal trouble may not even be over. On Friday, both Bloomberg and the New York Times reported that the office of Cyrus Vance Jr., the District Attorney for New York County, was preparing new charges against Manafort. These charges, if filed, would be for violating state law — which would mean that President Trump can’t pardon Manafort for those offenses.

What Manafort’s guilty plea in DC was actually about

The crux of what Manafort pleaded guilty to in DC is that, from 2006 to 2015, he ran an illegal lobbying campaign on behalf of Ukraine’s pro-Russia political faction (and eventually Ukraine’s government), while hiding the more than $60 million in income he made from his Ukraine work.

Again, Manafort admitted doing all of this as part of his guilty plea. He also pleaded guilty to conspiring with Kilimnik in early 2018 to try and get witnesses to stick to a false story about this Ukrainian work.

When Manafort and Mueller made this plea deal in September, it seemed like it could be a turning point for the Russia investigation. That’s because Manafort committed to cooperate with federal investigators — making him, it seemed, the highest-ranking person in the Trump campaign to “flip.”

So from September to November of last year, Manafort was questioned by Mueller’s team a total of 12 times, and also appeared to testify before Mueller’s grand jury twice. He was reportedly asked about a plethora of topics.

But eventually, Mueller’s team concluded that Manafort was repeatedly lying to them — and on November 26, they accused him of breaching his cooperation agreement. Manafort’s lawyers denied that he deliberately lied, so there were a few months of dueling (heavily redacted) court filings and a hearing on the matter.

So earlier this month, Judge Amy Berman Jackson ruled that, on three matters, the government had proved by ”a preponderance of evidence” that Manafort had indeed deliberately lied. These matters were:

1) A $125,000 payment: Manafort was asked about a particular payment of $125,000 toward his legal bills in 2017. The money, it turned out, originally came from a pro-Trump Super PAC Manafort had helped set up. During the campaign, that Super PAC paid millions to a political ad-buying firm — and that firm then used $125,000 of those payments for Manafort’s legal bills. Mueller said Manafort repeatedly changed his story about what happened here.

3) Another DOJ investigation: Mueller’s team also said Manafort also provided information relevant to a (redacted) investigation carried out by another Justice Department office — but, again, changed his story to get a particular person off the hook. We don’t know what this is about, but references in the hearing transcript suggest it relates to the Trump campaign or administration somehow.

Mueller’s new sentencing memo doesn’t add further details about these matters, but it does say that this conduct from Manafort “reflects a hardened adherence to committing crimes and lack of remorse.”

For more on the Mueller probe, follow Andrew Prokop on Twitter and check out Vox’s guide to the Trump-Russia investigation.