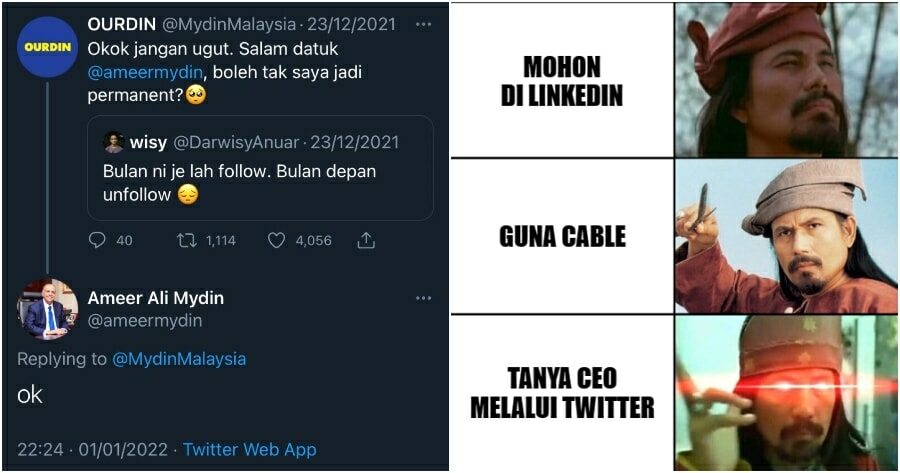 Social media plays a big role in our day-to-day life. That’s why most brands are now focusing on pulling in potential clients through their social media pages.

This has led to the brand’s following to increase by nearly 12k followers in just a matter of days.

But did you know the one handling MYDIN’s Twitter account was an intern? The revelation prompted Malaysians to plead for the intern to be offered a permanent job by Mydin.

The intern’s attempt to ask for a permanent job

Hilarious and lovable, the people of Twitter have constantly asked for the intern to stay and continue being the Twitter admin for MYDIN.

After so many requests, the intern tried their luck through a tweet tagging MYDIN’s Managing Director Datuk Dr Ameer Ali Mydin.

After waiting for nearly a week, the big boss himself replied under the tweet!

Ameer Ali replied with a short “ok” to the tweet and with that the intern has officially secured the job!

Big win for the intern!

Seeing how the intern was able to secure a job just like that, Malaysians congratulated the intern on their big win!

The intern got their win just by asking for a job through a tweet and by making memes. 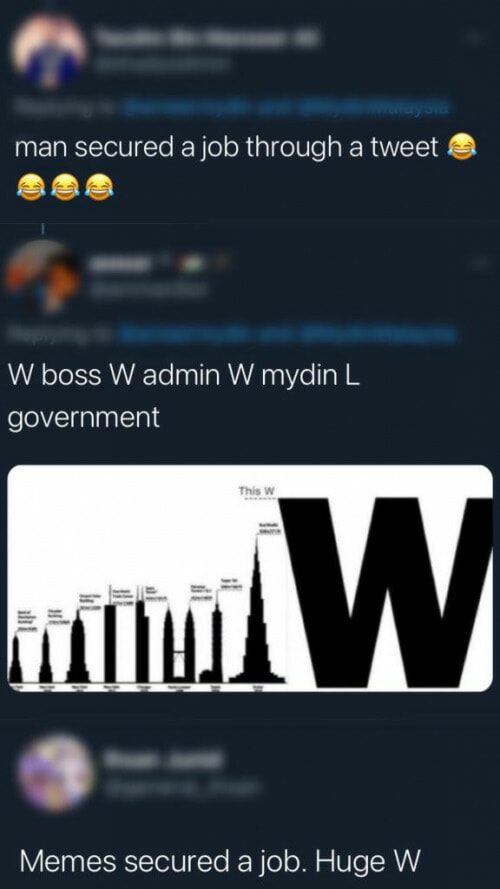 “Now that’s one way to get the job! Congrats @MydinMalaysia admin!”

Saying how the intern is a legend, Twitter users even went on to say that the intern has already won 2022. 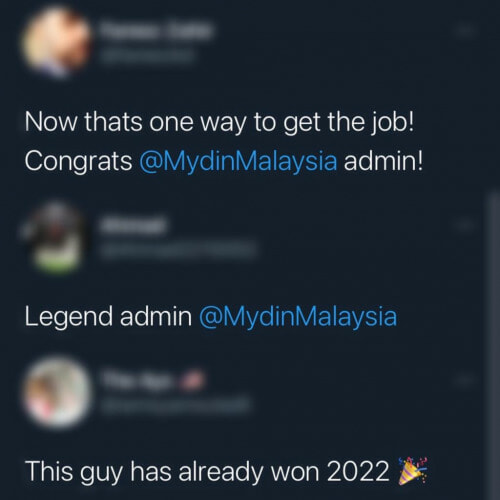 Seeing how MYDIN’s  intern secured the bag through one tweet, other Twitter users decided to take their chances too!

“Just need to find a CEO of a company in Egypt who would hire me.”

Some Twitter users even decided to tag various well known companies and their bosses themselves which include Elon Musk and PETRONAS. 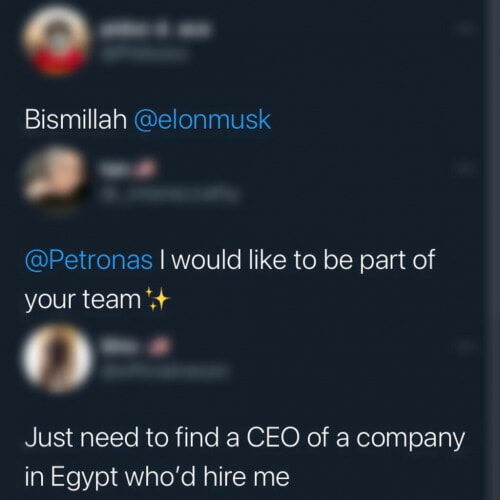 The intern is back and rolling!

After officially securing the position, MYDIN’s admin is back to rock our Twitter timelines with their memes!

The used-to-be intern even had the time to joke and post a meme about how they secured the job!

Kudos to MYDIN’s intern for securing that bag! We’re looking forward to seeing more memes from you. 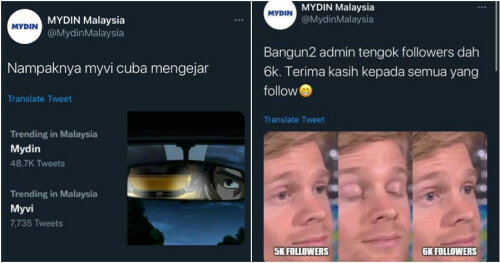