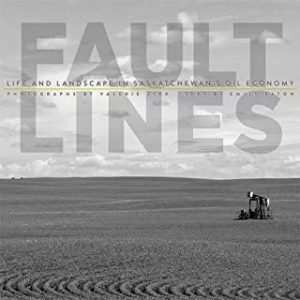 Emily Eaton wants to know who is funding fossil fuels research at the University of Regina.

Eaton is an associate professor at the University. 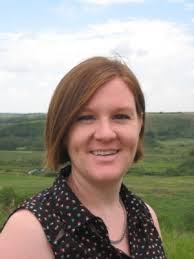 So, Emily Eaton filed a freedom of information request.

But the university denied her request.

Eaton appealed the decision to the Saskatchewan Information and Privacy Commissioner.

The Commissioner ruled in Eaton’s favor.

One problem – the Information and Privacy Commissioner can’t compel, it can only advise.

So now, Eaton is taking her university to court. (Eaton can’t really afford a lawyer, but she needs one, so she has set up a GoFundMe page to help her raise money to defer her legal expenses.)

Eaton is the author of two books.

Her first is titled Growing Resistance: Canadian Farmers and the Politics of Genetically Modified Wheat (University of Manitoba Press, 2013).

That book came out of her PhD dissertation, which reports on the farmers rebellion against Monsanto’s Roundup Ready wheat.

“That book is based on in-depth interviews of people living in oil producing communities,” Eaton told Corporate Crime Reporter in an interview last week. “It’s about the ways in which oil shapes local lives in oil and gas producing communities and the dependencies that emerge and some of the tensions around inequalities.”

You have filed a lawsuit seeking to get information about what companies are funding research at the University of Regina. How did that come about?

“I’m part of a larger research project funded by the Social Science and Humanities Research Council, which is our national funding organization in Canada,” Eaton said. “The project is called the Corporate Mapping Project. And it’s looking at the power of the extractive industries in Western Canada. There are many academics working on it and other partners, like the Canadian Center for Policy Alternatives and the Parkland Institute. We are all investigating the power and influence of the carbon extractive companies on various aspects of civil and political society.” 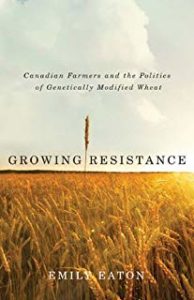 “Given that we know that the world needs to phase out fossil fuels to keep the globe at a habitable level, I was interested in understanding who and what is funding research into fossil fuels and the nature of that research.”

“Saskatchewan is one of the last provinces still burning coal. Much of the research that went into carbon capture technology, which we now have at one of our coal plants here, was also aided by the University of Regina. There is this notion at the University of Regina that we can have green coal and green oil. I was interested in understanding this as a form of climate denialism.”

“I was interested not just in the corporate funding, but also in how public resources go toward these types of projects as well.”

Did you ask the University of Regina – who funds the research?

“Yes. I started with our research office. And I heard from the research office that the information is there. They could give it to me. It escalated up the chain of command. And eventually, I was told that I should file a freedom of information request. I did that in November 2017.”

“They said – that is way too many records. So, we had a bit of a negotiation. I narrowed the request and asked for grants that had the following key words in them – oil, gas, petroleum, coal, carbon capture, alternative energy and climate change. They came back and said they had 250 responses to that. They said that under a certain subsection of the Freedom of Information law, they said they would be withholding for all the records the funder and the unit that received the funding.”

“There is a process through the Information and Privacy Commissioner of Saskatchewan where you can challenge the decisions. And I challenged their use of this exemption.”

“They took many months to write a report. And they did a thorough investigation. They talked to the University of Regina and heard both sides of the story. I was able to submit arguments to them. I had also challenged some other decisions they made – their fee estimate and some other things. The Privacy Commissioner issued their report in November 2018. The Commissioner decided with me on everything and recommended that the University release all of the information that I requested.”

“But my only recourse then was to file an appeal at the Court of Queen’s Bench – at the provincial court. I was almost going to give up because this isn’t really what I want to be spending my time or my resources on. But it just really bothered me that the University was going to knowingly thumb its nose at the Act. But it also got me wondering what it was they are hiding if they can’t even release the name of the grant and the funders. Is there an egregious funder in the bunch? And because it’s a public institution – we are paid in part through public money — it should be a given that we can make public that minimal amount of information about the research we are doing.”

You had to get your own lawyer?

Are you paying for the lawyer?

When did you file the appeal?

Are there going to be oral arguments?

Are you getting help from the faculty?

“The faculty association provided me a letter of moral support.”

When is the hearing?

Will that be a public hearing?

“We are hoping it will be. But now the university has this application to make it not public.”

Do we know from public papers that researchers at the University of Regina are taking money from the fossil fuel industry?

“I know for sure that the oil and gas industry does fund projects through the university’s Petroleum Technology Research Center. And certainly some of our professors work on those. You can sometimes look up professors’ CVs and they will have many of their grants disclosed there. I had an offer from a professor in the faculty of engineering to try and help me assemble the information otherwise. It would take a lot longer and you wouldn’t be able to potentially see everything. And if the information is available out there otherwise I have a hard time believing why the university would want to keep this secret.”

“Yes. It might be difficult to compile it. And I’m hoping that there isn’t a really egregious sponsor of some grants or contracts that they are trying to hide.”

What would be an egregious sponsor?

Were you tipped off ahead of time where someone told you — you might want to look at this?

This was just your curiosity?

“That’s right. Our neighboring province Alberta has the tar sands. There have been some stories in the news in the last several years about endowed chairs from industry. Industry has influence in the university that many people feel is warranted. I was aware of that being in the news. And I wondered to what extent this was the case at the University of Regina.”