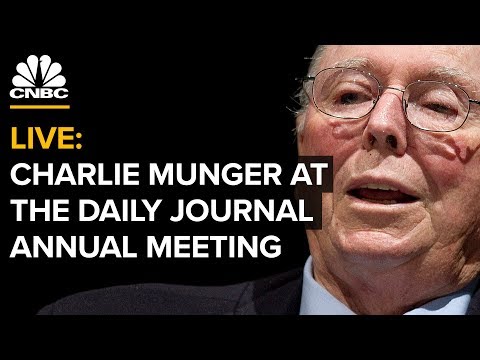 Some spent Valentine’s Day with their partner after winning them over with roses and chocolates. Others (understandably so) went to see our favorite 95 year-old Charlie Munger talk about business, investing, and life for 2 hours. This year, CNBC taped the Daily Journal AGM on February 14, 2019.

Below are some of our notes: