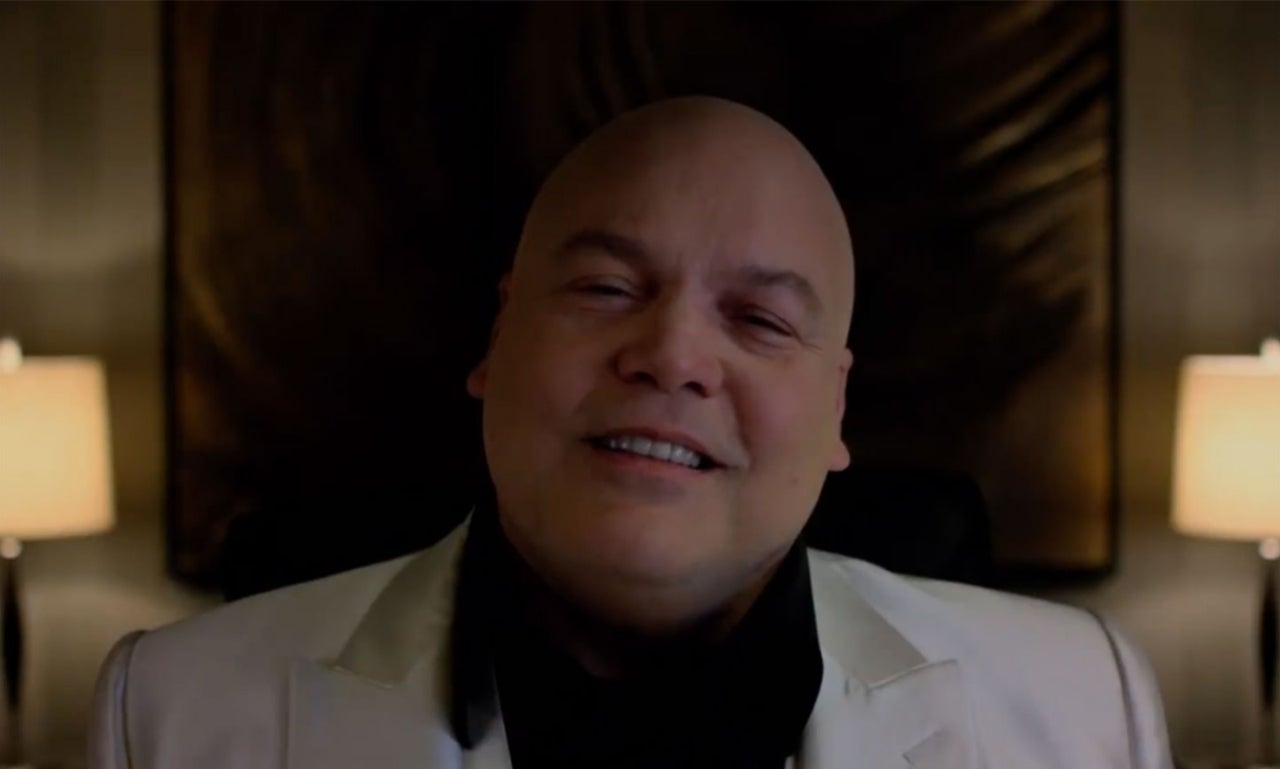 If Marvel Studios tries to cast a new actor in the role of Kingpin, they're going to have an uphill battle. Since Marvel's Daredevil was first cancelled over two years ago, a massive movement has gathered around actors like Charlie Cox and Vincent D'Onofrio hoping the two, amongst others, would eventually return to their roles in the proper Marvel Cinematic Universe at some point in the future. Now, former Daredevil showrunner Steven DeKnight says it would be impossible for Kevin Feige and his team to bump D'Onofrio out of his role as Wilson Fisk.

"Recasting Vincent D'Onofrio as Wilson Fisk would be like trying to recast Robert Downey Jr. as Tony Stark or Chris Evans as Steve Rogers. Impossible!" the writer tweeted in response to a fan on Tuesday.

Recasting @vincentdonofrio as Wilson Fisk would be like trying to recast @RobertDowneyJr as Tony Stark or @ChrisEvans as Steve Rogers. Impossible! https://t.co/Mrv6A8KtPj

D'Onofrio even chimed in on the Twitter thread, adding that he agreed with the sentiment.

We spoke with the actor last year, where he admitted he felt he "owned" the role, having played the character for three years.

"I feel very close to that character," D'Onofrio told us at the time. "I do have to say, I do feel like that character is mine and it's only because I played him for those three seasons and was so close with him."

He added, "I do feel very close to that character just for like nostalgia and just connected to that character through my performance. So I think that any offer to play him again would be, I would definitely have a really good look at for sure."

Kingpin, naturally, serves as a nemesis to many Marvel characters, including Daredevil, Spider-Man, and many other New York-based heroes.

"I think there's more to do with him, but you just never know it's such an intense company," he told us. "When I think of Marvel, I think of so many storylines, it's like you think of DC, it's the same thing. There's so many stories. I can't imagine being in that chair trying to figure out which ones are the ones to be told next. And that's how I look at it, as a creative person. I see it much bigger than just my part. I just see it as these huge opportunities"

All three seasons of Daredevil are now streaming on Netflix.

What other DefendersVerse characters would you like to see reintroduced to the MCU? Let us know your thoughts either in the comments section or by hitting our writer @AdamBarnhardt up on Twitter to chat all things MCU!