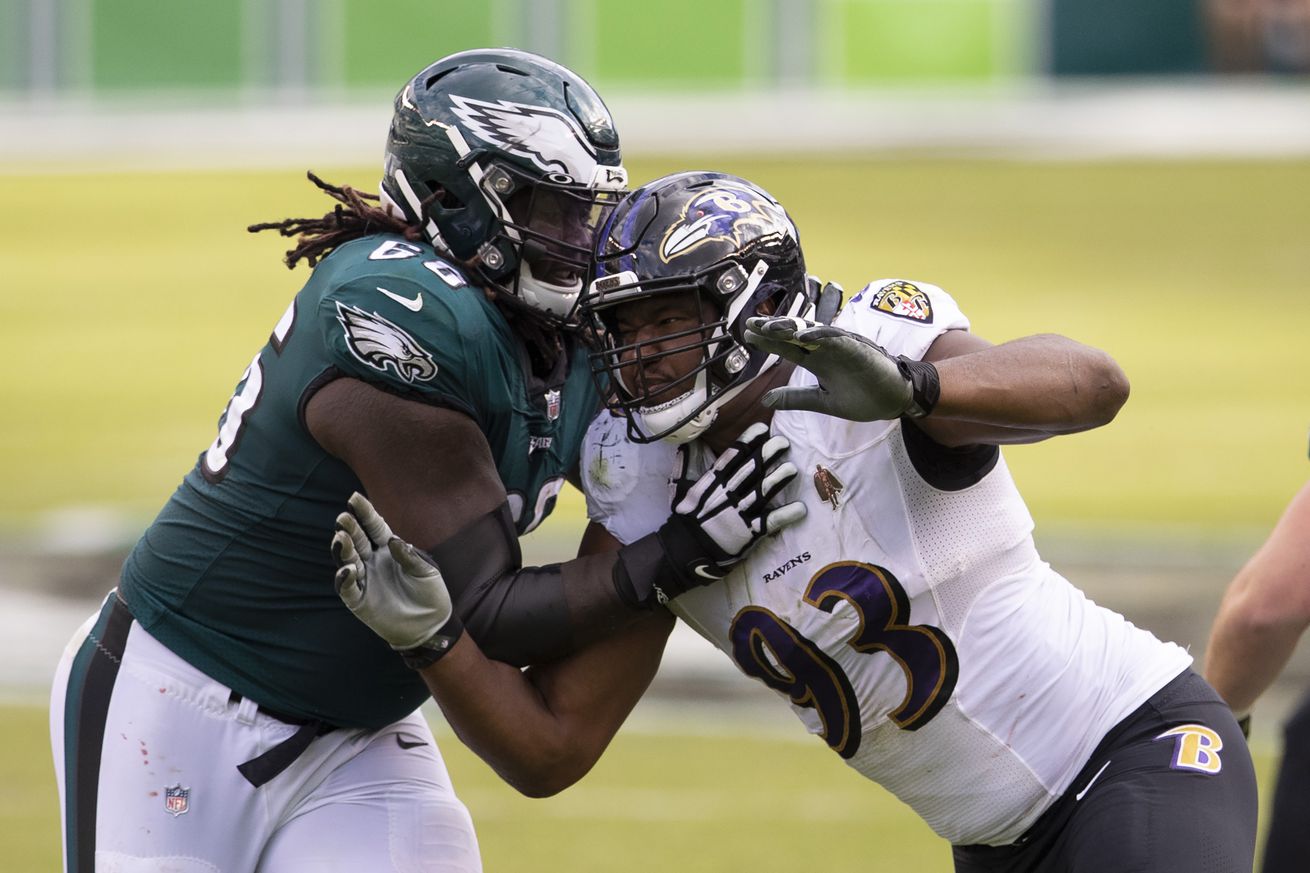 New this season, NFL teams are now permitted to protect up to four of their 16 practice squad members from being poached by other clubs on a weekly basis.

Not sure why Brown is still here.

I get the Eagles keeping him around for last week because it was a Thursday game and it’s not like they could bring someone else in on short notice with the COVID-19 testing delay. But they could’ve moved on from him after Thursday and tried to get a new guard in here.

Literally anyone would probably be better. Bring back undrafted rookie free agent Julian Good-Jones, who was with the team in camp. He at least has theoretical upside whereas Brown does not.

The Eagles should part ways with Brown after this week’s game. With the bye week coming up, they’ll have enough time to get a new guy in the building ahead of their Week 10 game.

In the meantime, it looks like the Eagles will promote Brown to give them more guard depth behind projected starters Sua Opeta and Nate Herbig. Matt Pryor would usually be the top interior backup but he could be starting at right tackle with Lane Johnson potentially missing this week’s game.

The Eagles could look to sign McGill to the 53-man roster with Hassan Ridgeway going on injured reserve. Fletcher Cox and Javon Hargrave are currently the only two healthy defensive tackles on the roster with Malik Jackson not expected back until after the bye. Promoting McGill would give the team a much-needed third body at the position.

The Eagles clearly trust McGill, who turns 28 in November, as a more game-ready option at defensive tackle. But the 23-year-old Williams possesses more long-term upside. If the Eagles don’t want to risk losing him, they should really just put him on the roster. But the guess is they’ll add McGill instead and merely temporarily elevate Williams to be their fourth defensive tackle on game day.

Side note: With the Seattle Seahawks waiving Anthony Rush, I wonder if the Eagles might look to claim him for their roster or add him back to their practice squad. Rush appeared in nine games with Philly as a rookie in 2019.

The Eagles have already elevated Arnold to their roster twice. Doing so a third time would expose him to the waiver process. The guess here is that the Eagles aren’t thinking about elevating him as much as they’re just trying to make sure he doesn’t get poached.

See below for a current look at the Eagles’ 2020 practice squad.