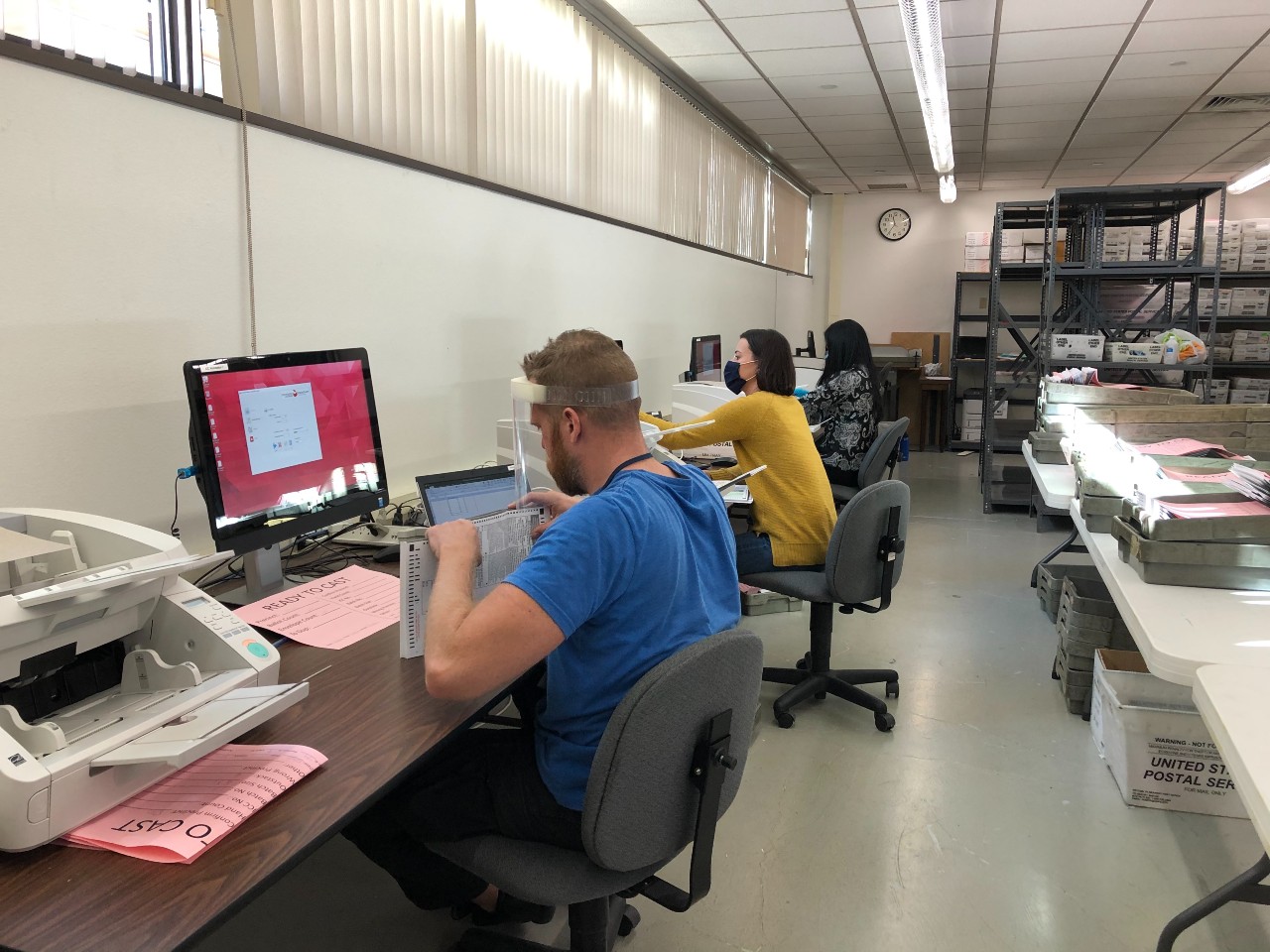 Experts say former Vice President Joe Biden will need to win Nevada and Michigan to become the next President of the United States. But while the Democrat is projected to take Michigan, predictions of an easy Democrat victory in the Silver State haven’t panned out.

“Poll data this time was way off the mark, in every possible category,” said Fred Lokken, who heads the Political Science Department at Truckee Meadows Community College.

Political observers have questioned Nevada’s swing state status in the last few years, but early election returns suggest it could still be in play. As of Wednesday afternoon, Biden was leading President Donald Trump by less than 1 percentage point — even smaller than the two point gap that gave Hillary Clinton Nevada’s electoral votes in 2016.

Meanwhile, Washoe County Registrar of Voters Deanna Spikula said the county still had not processed more than 9,000 mail-in ballots turned in by voters on Election Day at drop-off sites and polling locations. She added those results would be reported by 10 a.m. on Thursday.

“There’s nothing preventing us from releasing results, aside from the fact that we just haven’t processed them yet,” she said. “We just have to make sure that we go through the process and make sure that those ballots that we are going to count will be eligible.”

The process of tallying mail-in ballots is time consuming. It requires officials to follow a specific set of rules designed to protect the privacy and integrity of each vote.

Lokken believes the slim gap between both candidates comes from lower Democrat turnout and higher Republican turnout than polling suggested. That could be due to each party’s approach during the COVID-19 pandemic.

“The Democrats realized that any typical campaign event could become a super spreader event. Going door to door put individuals at risk, both for those doing the canvassing and those being willing to answer the door,” he said. “The Republicans ignored that.”

But according to Ethan Doig, the strategy coordinator with the Nevada Native Vote Project, the Nevada State Democratic Party also lost ground because it failed to connect with tribal voters.

“What we see here in Nevada is that they lack a comprehensive Native vote strategy — and a rural vote strategy,” he said.

Doig added that Trump’s only chance of flipping Nevada lies in winning rural parts of the state, which are traditionally deep red. But they’re also home to many Native Americans in the state, who the Nevada Native Vote Project estimates could account for as many as 60,000 voters.