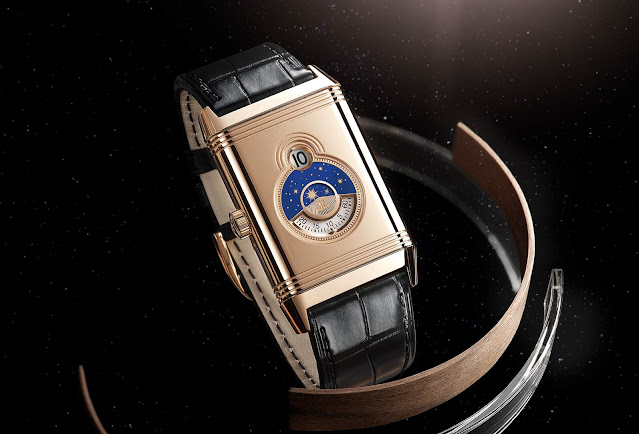 March 4, 1931. René-Alfred Chauvot patents the invention of a "wristwatch which can slide on its base and flip over on itself” at the INPI (National Industrial Property Institute) in Paris. The Reverso watch was born.
One of the most iconic wristwatches of all times (to read its history, just follow the link at the end of this article), the Reverso has 90 years and Jaeger-LeCoultre keeps celebrating this special anniversary.
After the mind-blowing , La Grande Maison has just unveiled the Reverso Tribute Nonantième, a model that introduces a complication that had never been featured in a Reverso before. 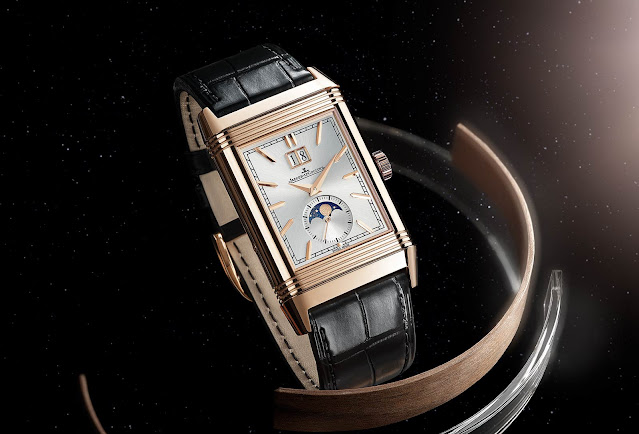 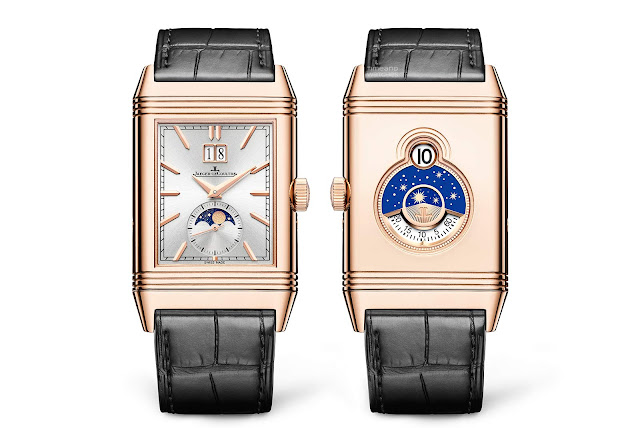 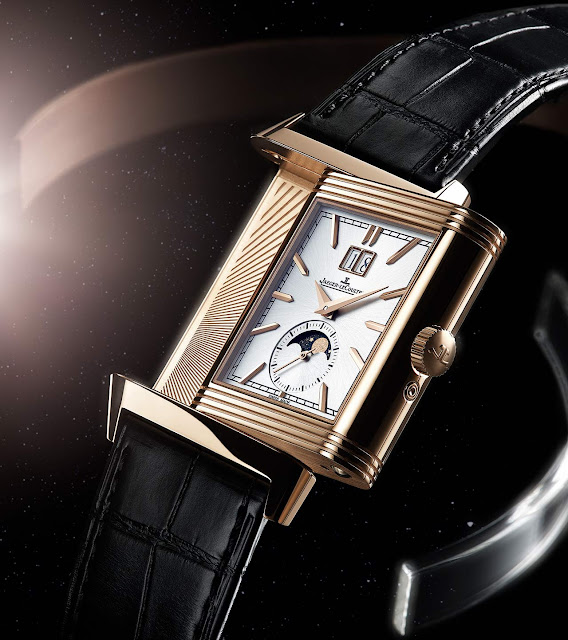 Positioned at 6 o'clock the moonphase display is set within the small seconds counter. At 12 o’clock, the large date display has two apertures, framed by an applied filet of pink gold, that have the same proportions of the dial and case.
The solid pink-gold caseback is characterised by two round apertures of different sizes, arranged like a figure-eight and encircled by gadroons that echo the rectilinear gadroons on the upper and lower edges of the case. The small upper aperture displays a semi-jumping digital hour indication. 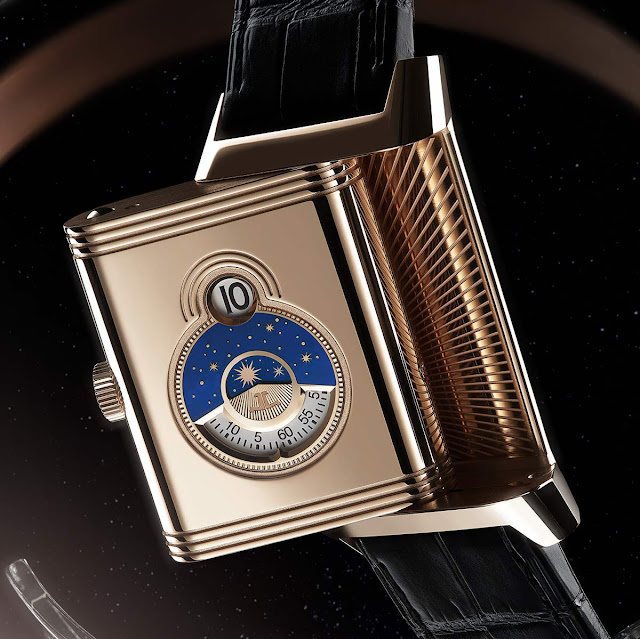 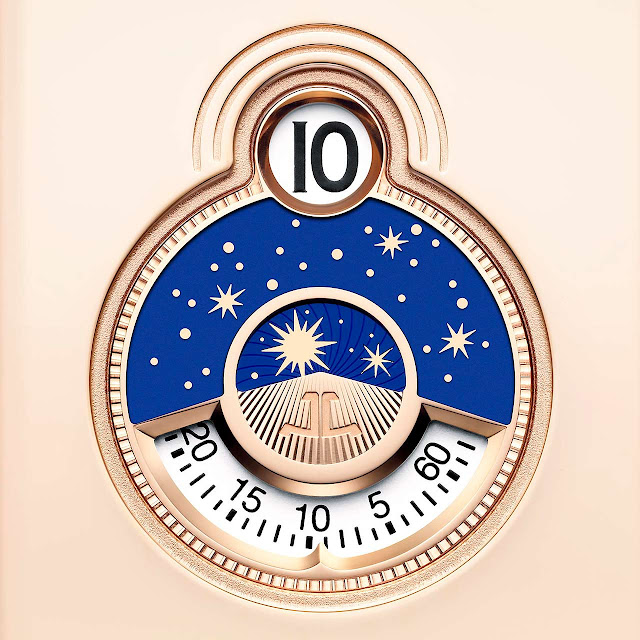 This is the first time that such complication is integrated in a Reverso but the Manufacture had already developed wristwatches with digital displays in the 1930s.
The minutes are displayed on a rotating disc that is partially concealed by a three-quarter plate lacquered in vivid blue with tiny golden stars to depict the night sky.
Within a small circle at the centre, an applied golden sun and moon, pass above a horizon, to indicate night and day. In the semi-circle below the horizon, a JL logo is set on a sunray-pattern background. 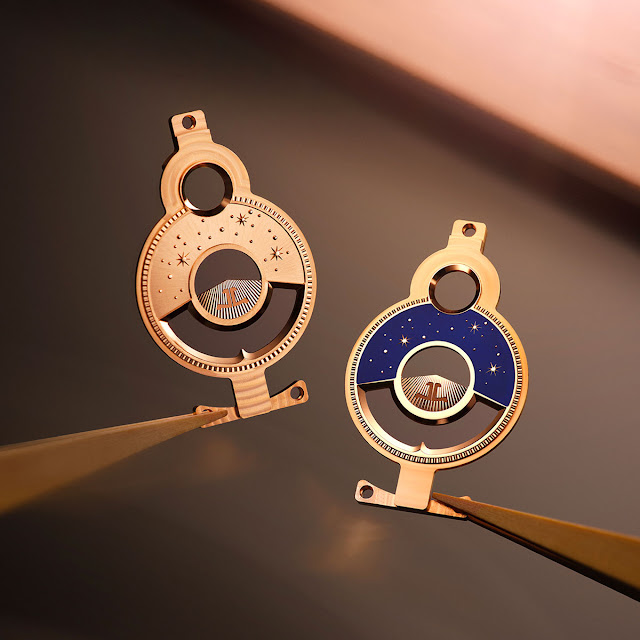 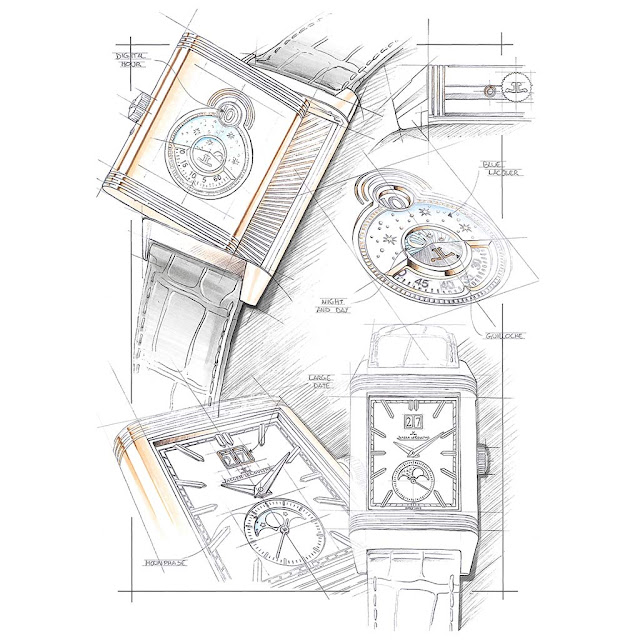