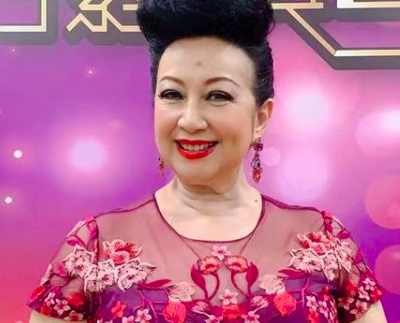 Hong Kong — Hong Kong actress Nancy Sit’s address has been leaked after her Mid-Levels apartment was among the developments that were locked down by the Hong Kong government on March 13 in a bid to contain a new COVID-19 outbreak.

The new COVID-19 wave is linked to a gym cluster and those living in nearby developments to the confirmed cases have been all ordered to stay home. Individuals also have to test negative before they are allowed to go out.

Netizens were able to figure out Sit’s address after it was revealed that her home is under lockdown. When asked if she would move now that everyone knows where she lives,  the 70-year-old laughed and said: “My three children and I live close to each other so if I move, they have to move too. We’ll need a lot of units wherever we go, and I don’t have money to do that!”

As reported on 8days.sg, fans have expressed their concern for the actress’ health but she assured reporters that she’s very healthy as she eats a lot of supplements. She also believes that she has “very high immunity levels”, which was why she was confident she would test negative for COVID-19 even before she got her results back.

Born on March 30, 1950, Nancy Sit Ka Yin is a Hong Kong actress on the TVB network. Her acting career dated back to the 1960s, when she was a popular teen idol alongside Connie Chan Po-chu, and Josephine Siao. Sit recorded many albums in her teens, and later served as a mentor to Anita Mui, who went on to become one of the biggest superstars in Hong Kong history.

Sit left the entertainment business after she got married and raised a family, but in the early 1990s, her marriage fell apart when her husband left her. Sit was devastated and has said she contemplated suicide. But she thought of her children, which gave her the will to continue with life. She decided to get back into show business and was able to capitalize on the popularity she had achieved as a teen idol, even though it was so many years later.

She first starred in the long-running series A Kindred Spirit, playing one of the show’s central figures. It was the longest-running series in Hong Kong history, with more than 1,000 episodes./TISG