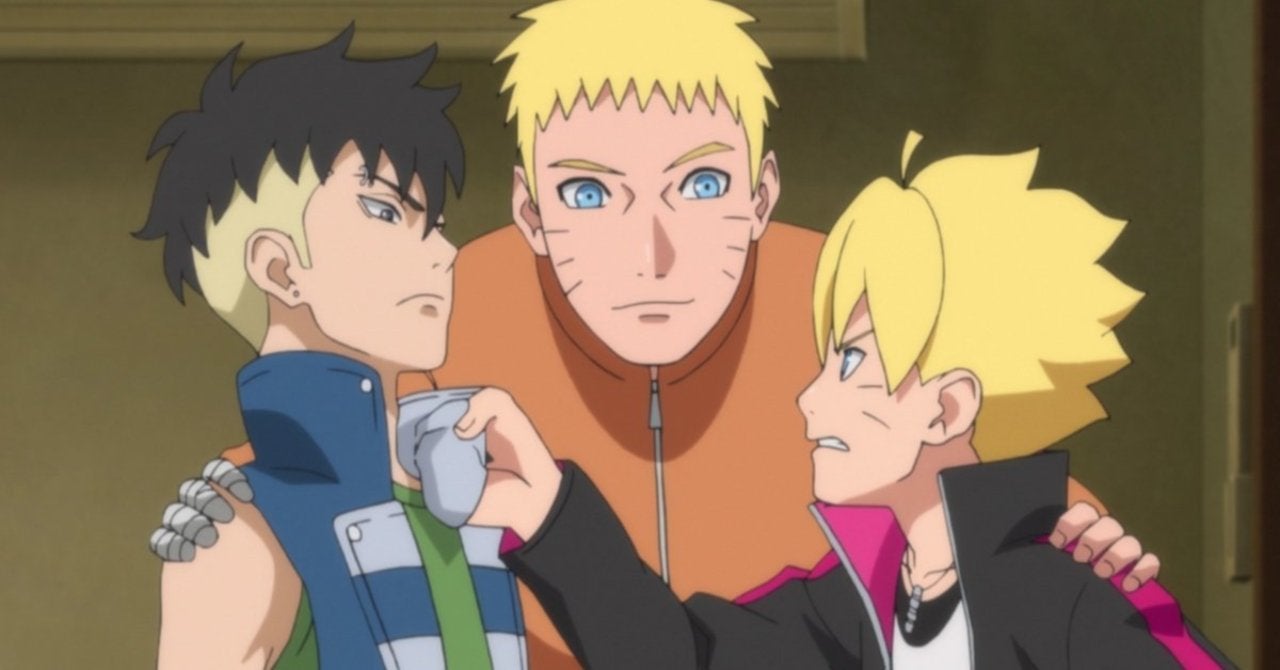 Naruto Uzumaki and Kawaki have formed a special bond with the newest episode of Boruto: Naruto Next Generations. With the anime's original Vessel arc officially coming to an end with the previous episode exploring Kawaki's past in detail, the newest episode of the series has officially started the anime's version of the Kawaki arc in full. The first major shift in status quo for this arc sees Naruto make good on his promise from before as he's taken in Kawaki and will keep an eye on him while Kawaki lives with the rest of the Uzumaki household.

Episode 193 of the series brings Naruto and Kawaki close together as Naruto officially takes point on keeping an eye on him while keeping him protected from Kara's interests. This is a move that Naruto had been advised against by Shikamaru, but decides to do it because Kawaki reminds him so much of his former predicament of being saddled with a power not of his own doing.

Possibly my favorite scene from the episode. In the manga, this scene was very short but leave it to the anime with the 10/10 expansion. #BORUTO pic.twitter.com/yXtOTaHOSX

When Kawaki wakes up after his attempted escape in the previous episodes, Naruto officially introduces himself to Kawaki and tells him that he will be taking under his wing. Kawaki initially refuses and even tries to run away, but Naruto is there waiting at every turn. He begins to see himself in the young Kawaki as he was once given an opportunity by the Third Hokage when he was young and is hoping to do the same for Kawaki.

Bringing him into his house, Naruto hopes to form a more solid connection with Kawaki going forward. Naruto understands Kawaki's predicament of being saddled with a power that he can't control that's completely outside of his will, and there's a sense that he wants to help Kawaki as much as possible just like he was helped years ago. He's already seeing some of Kawaki's rougher edges smooth out, so there's no telling how much Kawaki will change.

But what do you think of Naruto and Kawaki forming a small bond like this? Curious to see more of Kawaki's time living in the Uzumaki household? Let us know your thoughts in the comments or you can even reach out to me directly about all things animated and other cool stuff @Valdezology on Twitter!