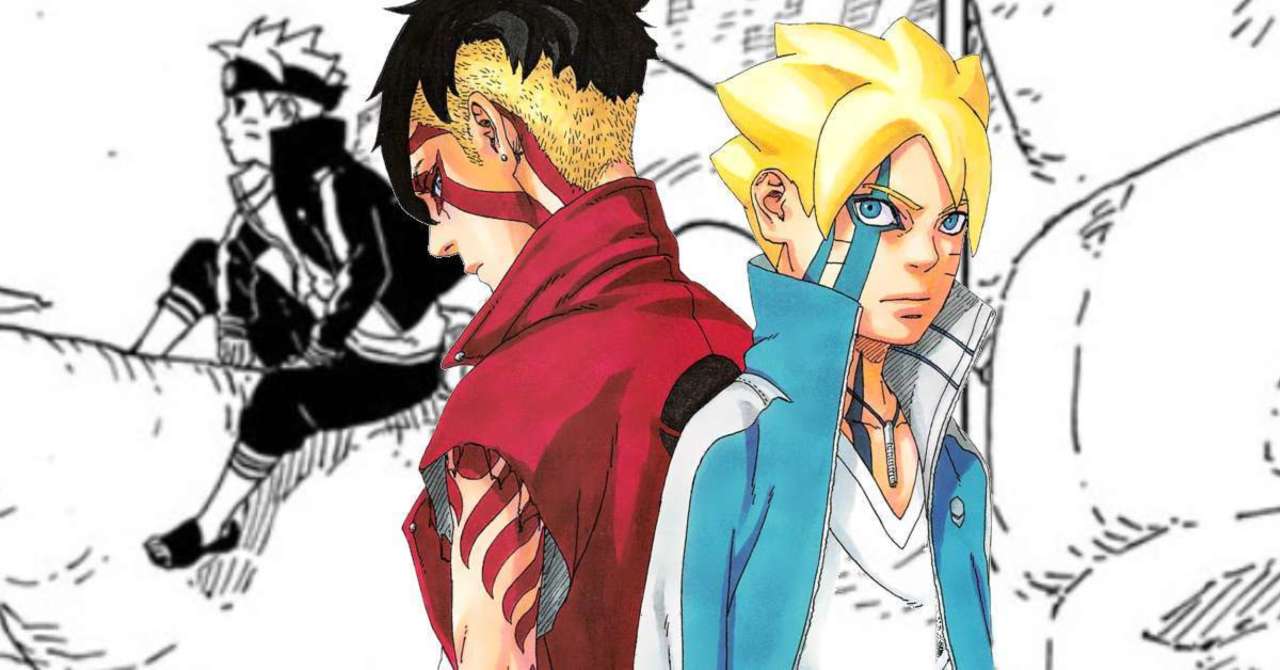 Naruto Cliffhanger Puts Boruto and Kawaki Back to Work

Boruto: Naruto Next Generations' manga has seen Konoha go through some big changes recently, as the battle against the Kara Organization's leader, Jigen, came to a close and the Hidden Leaf Village lost one of their biggest allies. In the latest chapter, aside from reeling from the fallen comrade, both Boruto and Kawaki have a discussion where they try to figure out what the future holds in store for them and what needs to be done to prep the two for the upcoming danger presented by the last remaining member of Kara's inner circle.

Warning. If you have yet to read the latest chapter of Boruto: Naruto Next Generations' manga, Chapter 56, you might want to steer clear of the rest of this article as we'll be diving into spoiler territory.

With the loss of Kurama, the Nine-Tailed Fox, Naruto, and the Hidden Leaf Village find themselves in a spot where one of their greatest weapons is now lost to them, with the Seventh Hokage now being insanely depowered as a result. On top of this, Boruto's possession by Momoshiki resulted in Sasuke Uchiha losing his eye that held the power of the Rinnegan, which had the ability to manipulate space and time. Keeping these two facts in mind, Boruto and Kawaki have a heart-to-heart where they determine exactly what they need to do moving forward to protect their friends and family.

Another big aspect of this chapter was further examining the energy known as Karma and how Boruto would be able to evade Momoshiki taking over their shared body. Kawaki, in his wisdom as a Vessel, explains to the son of Naruto that he might need to find a vessel of his own, with the most obvious choice being none other than Code, who had similar origins to the latest addition to Konoha's populace.

How do you think Boruto and Kawaki will train to get ready for Code's attack? Feel free to let us know in the comments or hit me up directly on Twitter @EVComedy to talk all things comics, anime, and the world of Konoha.

Naruto Cliffhanger Puts Boruto and Kawaki Back to Work