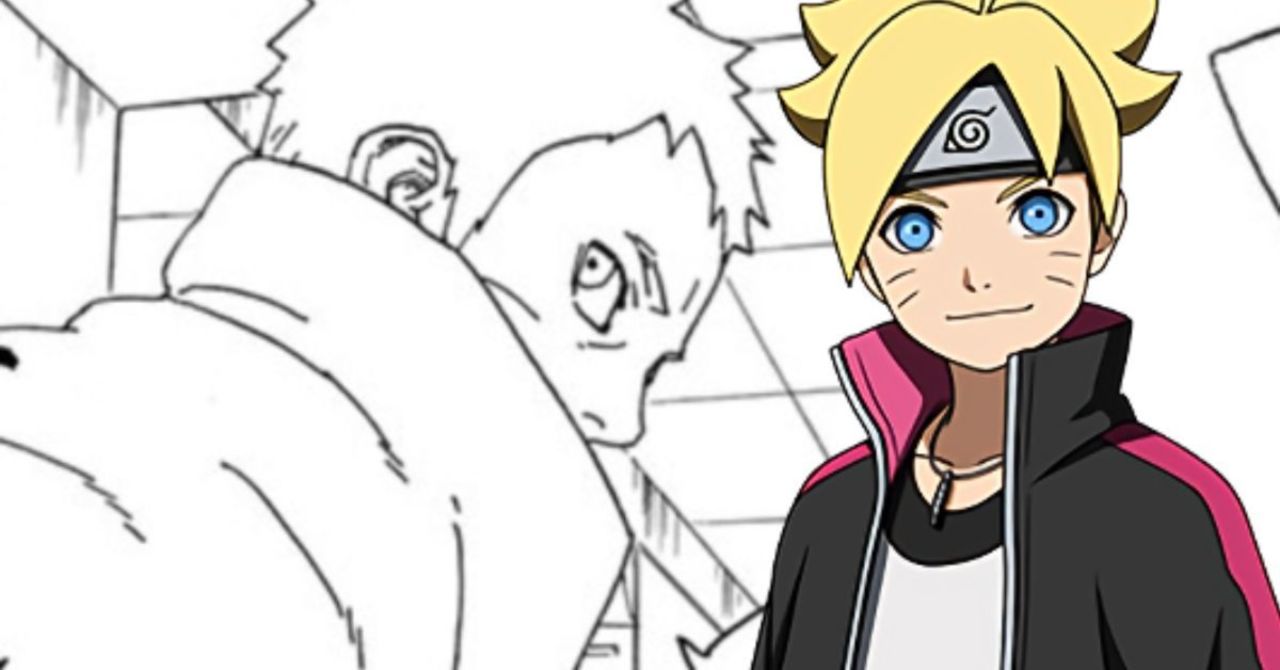 Boruto: Naruto Next Generations has debuted a dangerous treatment for Boruto Uzumaki's Karma seal with the newest chapter of the series. Now that Isshiki Otsutsuki has been successfully defeated, the original manga series is gearing up for its next big arc against the next threat that Boruto and Kawaki will have to face. The final remnant of Kara's organization, Code, has been given a mission of vengeance against the two of them in order to turn himself into an Otsutsuki, and now it's more imperative than ever for Boruto to somehow remove the seal from his body.

With Momoshiki Otsutsuki exuding a greater control of his body than ever during the fight against Isshiki, Naruto is at a loss as to how to help Boruto get rid of his Karma before he's transformed into an Otsutsuki. So in order to get any help in this regard, Naruto approaches Amado for a potential treatment. But it's going to be a dangerous one that ultimately won't fix the problem completely.

Chapter 57 sees Naruto come to grips with what he might have to do if his son becomes a full Otsutsuki. He declares that he'll do what's necessary, but there's part of him hoping that Boruto can still be saved before that happens. It's here that Naruto confides in Amado about the situation, and Amado offers a dangerous solution in the form of a drug he crafted against the Byakugan.

Amado reveals that this drug was made as one of the byproducts in his efforts to take down Jigen, and this drug weakens the byakugan might slow down the "Otsutsukification" of Boruto's cells because the Byakugan is so closely associated with the Otsutsuki clan. But he is unaware of what kind of side-effects that this drug can cause. This is a unique situation, however.

Amado reveals that this drug would normally not be on the table because the dangerous side-effects include loss of vision and even death. Even with this drug, Amado reveals that it won't be enough to stop the transformation completely. Repeated dosing will become necessary to keep the effects active, and it's only going to work as a temporary stop gap until Boruto and Naruto potentially find another way to end the "Otsutsukification" completely soon.

What do you think? Curious to see whether or not Amado's drug will be enough to help Boruto from completely turning into Momoshiki for now? Wondering how Boruto can remove the Karma overall? Let us know your thoughts in the comments or you can even reach out to me directly about all things animated and other cool stuff @Valdezology on Twitter!