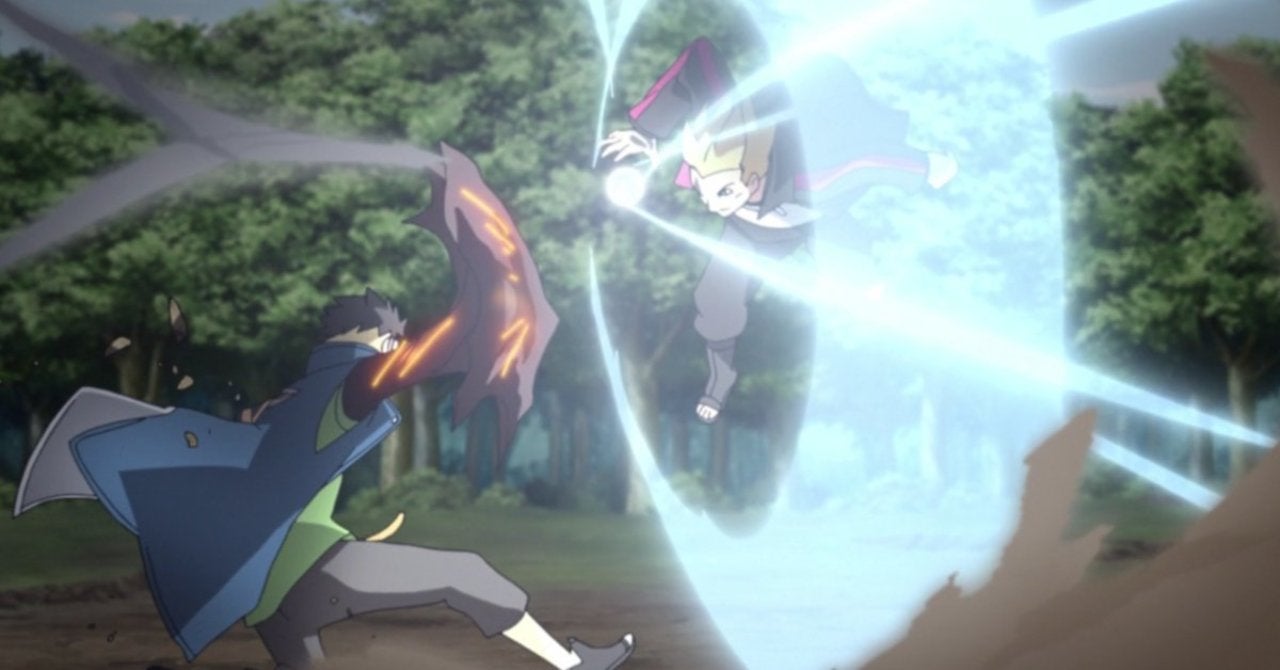 Naruto Goes All Out With Boruto and Kawaki's Karma Clash: Watch

Naruto went all out with Boruto Uzumaki and Kawaki's Karma clash in the newest episode of Boruto: Naruto Next Generations! The anime is now making its way through the Kawaki Arc: Clash With Kara, and the stage has been set for the titular clash with Kara as Kawaki has now become a member of the Uzumaki Family household. Together with Boruto, Kawaki hopes to learn more about the Karma seal inflicted on the both of them. Hoping to strengthen both of their uses of this power in order to eventually have them removed, fans have learned more about this seal as well.

While Boruto and Kawaki have technically come to blows before this (through some hilarious circumstances), Episode 197 of the series reveals the first time where the two of them used their respective skills against one another. Through this fight the two of them were also able to test their Karma powers, and the episode showed just how much of a boost the two of them get with this seal. Check it out:

Boruto needs to learn more about the Karma power specifically as Kawaki's mastery of it has also given him the ability to absorb jutsu at will. Boruto still has no idea how to actually use this ability as he confesses that he just kind of did it out of instinct, but this fight further proved the gap between the two. But on the other hand, this fight showed just how closely their two Karma abilities relate to one another.

Following the fight when the two connected their Karma inflicted hands, Boruto saw an image of Momoshiki Otsutsuki. This sparks all sorts of theories about Kawaki's own seal (which have been explored in the manga, admittedly), so the anime has quite a few questions to answer in future episodes of the series as fans get to learn not only more about Karma, but its ties to the Kara organization as well.

What did you think of this Karma fight between Boruto and Kawaki? Do you think Boruto's on his way toward mastering this mysterious power? Let us know your thoughts in the comments or you can even reach out to me directly about all things animated and other cool stuff @Valdezology on Twitter!

Naruto Goes All Out With Boruto and Kawaki's Karma Clash: Watch