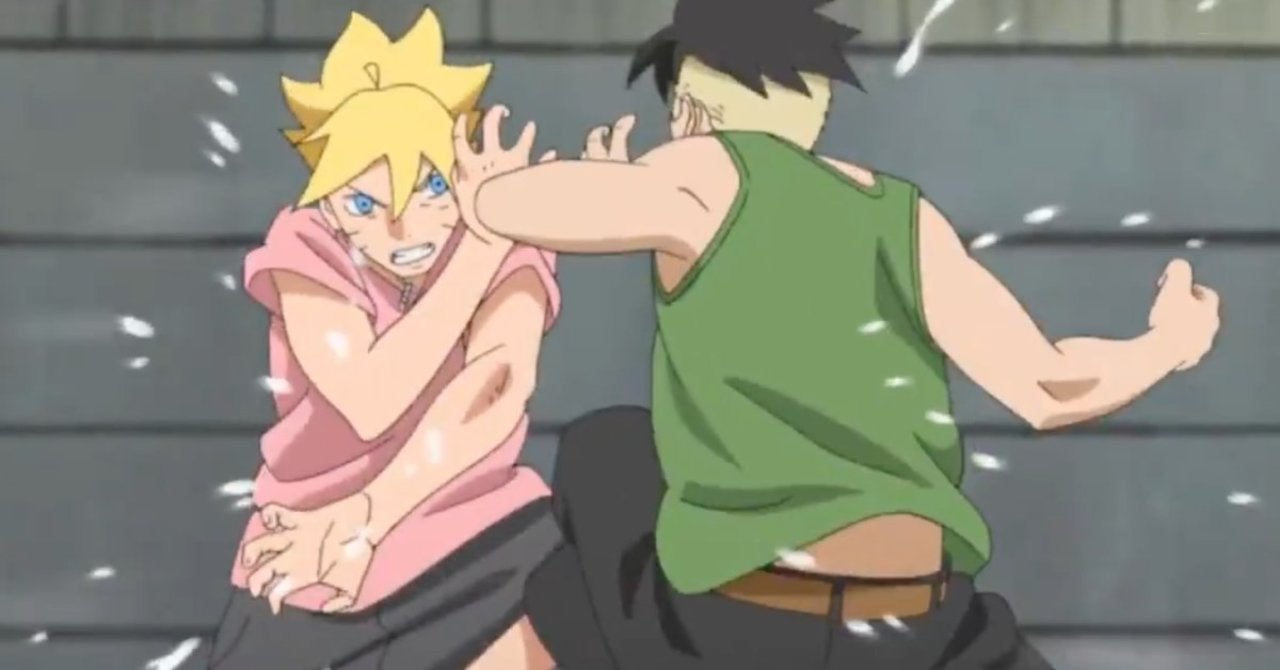 Naruto revealed the hilarious circumstances behind Boruto and Kawaki's first fight with the newest episode of Boruto: Naruto Next Generations! The anime has now officially kicked off a brand new arc with the newest episode of the series, and that also means a return to adapting moments directly from the original manga release. This brand new arc, officially labeled as "Kawaki: Clash With Kara," will be primarily focused on Kawaki as Naruto is doing his best to keep him safe from Kara while Kawaki and Boruto try and figure out the secrets of their Karma mark powers.

Episode 194 of the series saw Kawaki trying to co-exist with Boruto in the Uzumaki household, and shows the first real morning where the two of them have to get along. Hilariously, the two of them competing over whether or not one of them could urinate first was actually the spark for their first actual fight in the series. You can get a glimpse of that fight below thanks to @Abdul_S17 on Twitter:

Jay is one of my favourite upcoming animators and to see him yet again do something of this calibre. I was did not expect this scene to be animated so brilliantly, makes me so excited for what's to come next. #Boruto pic.twitter.com/bPbEaPtb1r

The episode sees Kawaki and Boruto continue to live under the same roof, and although Boruto is supposed to get along he continues to fight with Kawaki at every turn. The two boys are aggressive toward one another since Boruto has seen what Kawaki is truly capable of, but we have seen how Kawaki can't really let his guard down due to how much trauma he's experienced in the past.

But this moment led to a pretty hilarious fight between the two of them as they had come to blows as they competed for space and dominance within the home essentially. This was brought to an even more hilarious end thanks to Naruto summoning a shadow clone while sitting down on the toilet, but it's definitely a sign of what could come if they actually fought all out.

The two of their Karma marks began to activate when they hit one another, so if they ever get into a bigger fight it could be dangerous for everyone. But what did you think of seeing the two of them fight one another for the first time? Curious to see how the two of them can live with one another? Let us know your thoughts in the comments or you can even reach out to me directly about all things animated and other cool stuff @Valdezology on Twitter!