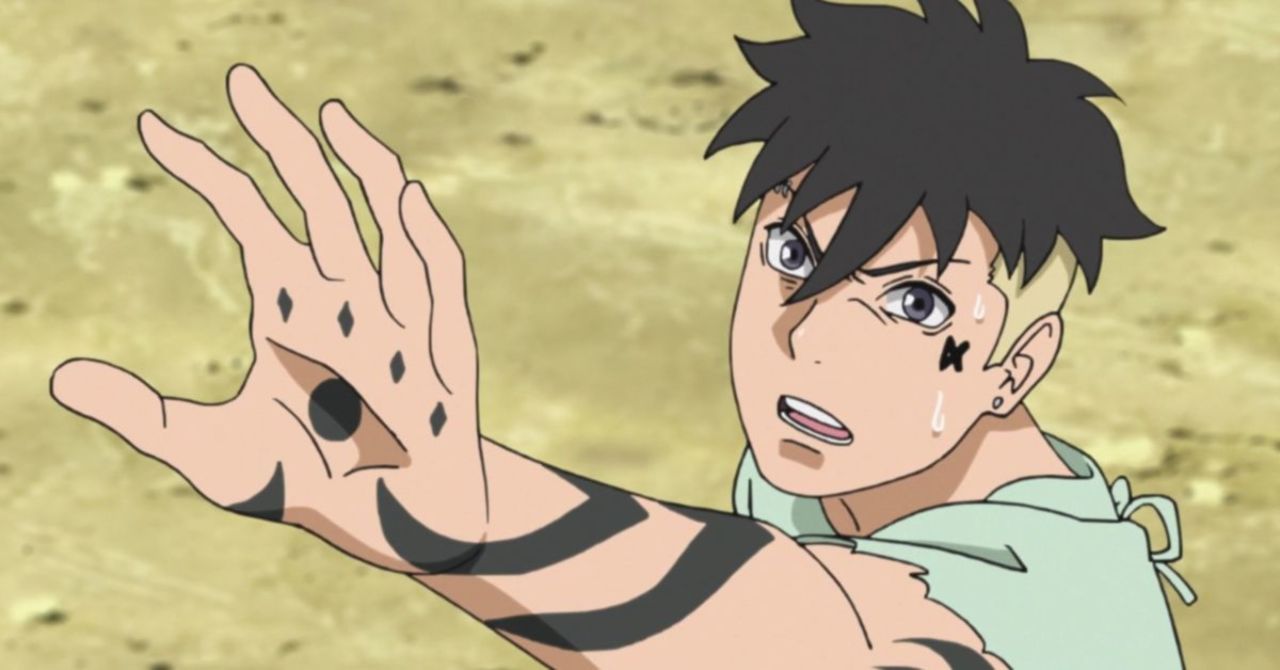 Boruto: Naruto Next Generations has debuted the first details for the new Kawaki arc coming to the anime! The final episodes of the anime's original Vessel arc are now making their rounds, and this means the series is getting ready to take on the the next phase all about Kawaki. After confirming that the anime would be tackling this new focus on Kawaki with new episodes beginning this April, the series has been teasing fans as to what we should look forward to with this next phase of the anime as the first visual of the series teased a closer bond between Boruto and Kawaki.

With this new arc, officially known as Kawaki Arc: Clash With Kara, teasing that Kawaki and Boruto would be forced to bond underneath the supervision of Naruto himself, the first details for the arc confirm this is indeed the case as the two of them have to work together to figure out the power between the Karma marks and mysterious resonance that they seem to share with one another.

As revealed in a new blurb from the AnimateTimes teasing the upcoming Kawaki arc in the anime (as spotted and translated by @Rocha_Launa on Twitter), this new arc will be coming our way soon enough, "We are currently showing the 'Vessel' chapter of the original story, and, in April, we will enter an arc called: 'Kawaki Arc: Clash With Kara.' In combination with this, a new key visual was launched."

Alongside teasing more of the details revealed with this first visual, the blurb further details they main pull of this Kawaki saga as he and Boruto will be forced to live under the same roof, "The new look was designed by Tetsuya Nishio, responsible for the character designs. Kawaki, who has the same mysterious mark as Boruto, 'Karma,' is now living in Naruto's house...! Despite the conflicts between them, they recognize each other's existence!?"

Kawaki and Boruto ending up under the same roof just like they did in the original manga's story is indeed a great sign, and fans even saw Naruto and Kawaki's first official meeting with the newest episode. It seems Naruto is seeing something in the young Kawaki, and this dynamic will be explored (alongside he and Boruto's relationship) with each new episode.

Are you excited for the Kawaki saga coming to Boruto's anime soon? What are you hoping to see in the new episodes? Let us know your thoughts in the comments or you can even reach out to me directly about all things animated and other cool stuff @Valdezology on Twitter!