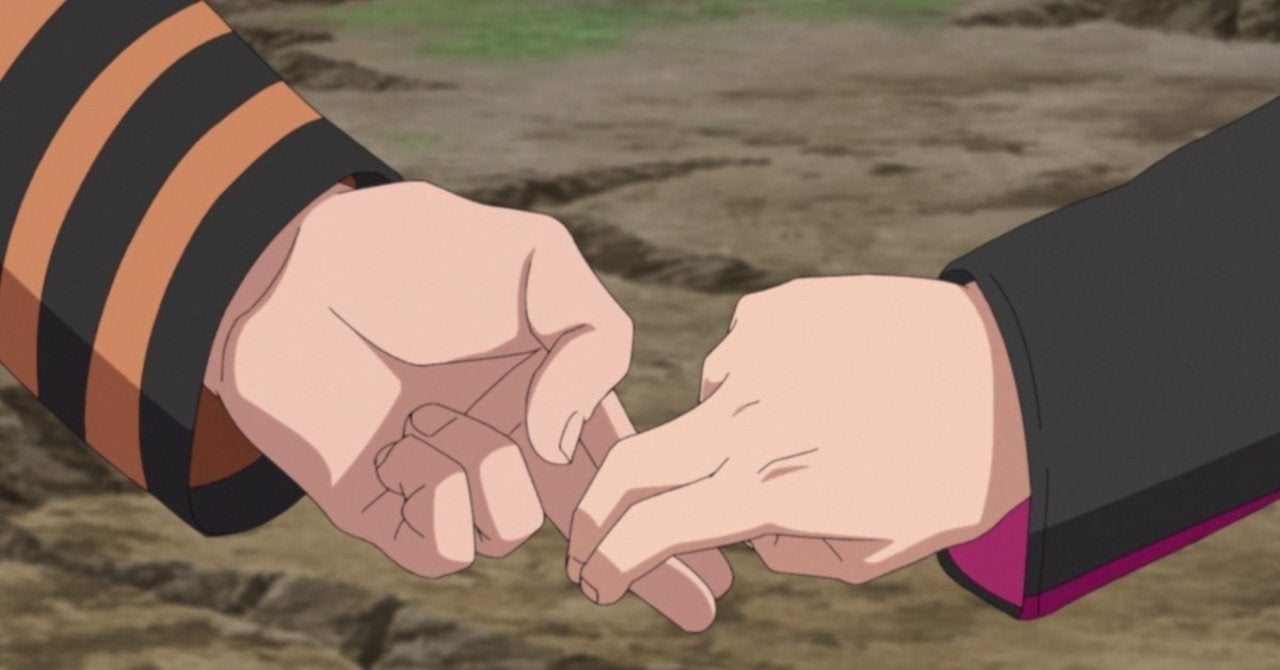 Naruto Shows How Much Boruto Has Grown With New Training Session

Boruto: Naruto Next Generations saw Naruto Uzumaki acknowledge his son Boruto's growth following a cool sparring session in the newest episode. The anime is now in the midst of a new arc focusing on Kawaki, and the previous episodes have shown how much trouble Kawaki has had melding with the rest of the Uzumaki family. Naruto has been reaching out to the young fighter and trying to break down his walls, and through these moments fans have also seen Naruto grow closer to his own son as well as he's been able to work from home.

The newest episode of the series gives Naruto and Boruto another big father and son moment as the two of them finally have the sparring session Naruto had promised Boruto before. Through this fight Boruto does lose to his father, but he wins in the fact that Naruto acknowledged how much Boruto has grown in both his strength and tactics since their last confrontation.

With the upcoming hectic schedule for the anime I was not expecting this fight to be this good but they delivered! Boruto's lighting release by was so good. #Boruto pic.twitter.com/TIovRH5KJ8

Episode 196 of the series features another day of Kawaki living together with the Uzumaki family, and they decide to take this time to allow Boruto to test his strength against his father. Not only that, but Kawaki even goes as far to activate his own Karma to allow Boruto to test out its power. Boruto might not be able to activate it on his own, but Kawaki proves that their transformations activate together and resonate with one another.

Even with this boost Boruto loses to his father, but all is not lost for the young shinobi as Naruto compliments his son on how much better he's become. He notes how Boruto is fighting smarter and says that Boruto has been training well. So while Naruto and Kawaki are growing closer through this arc, Naruto and his son are growing closer together as well simply because Naruto is around his home more.

But what do you think? How are you liking Naruto as a father these days? Curious to see how the rest of the Kawaki arc shakes out for the anime? Let us know your thoughts in the comments or you can even reach out to me directly about all things animated and other cool stuff @Valdezology on Twitter!

Naruto Shows How Much Boruto Has Grown With New Training Session