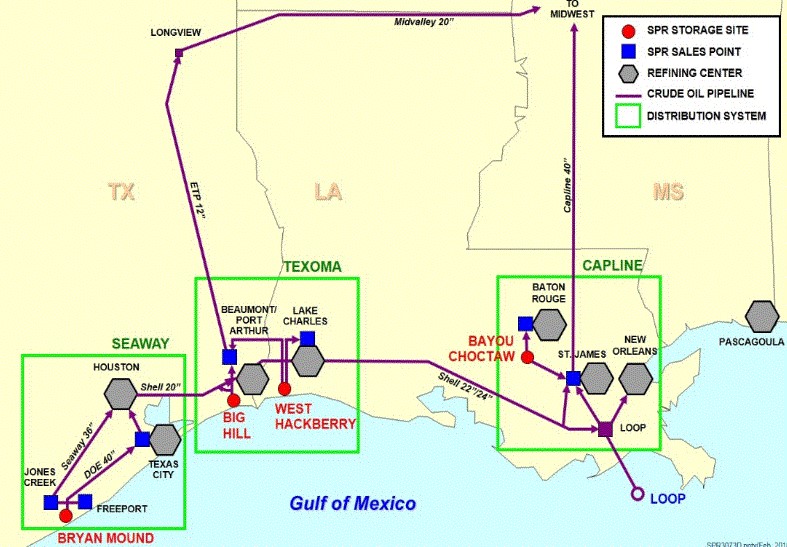 Fractivists have been busy killing pipelines, hoping to squelch any opportunity to increase Marcellus Shale development, but that has created a vacuum in the market for the less expensive gas the formation yields and, now, unsurprisingly, a company has now seized that opportunity with a wonderful idea:

Last month, energy start-up Nacero announced plans to develop a $6B gas-to-gasoline plant in Newport Township, Pennsylvania with capacity to produce 100,000 b/d of gasoline. This is just one of three plants in development by Nacero, all of similar scale, which will be the first of their kind in the US. The firm has stated their plan to eventually buildout nine gas-to-gasoline plants across the US. Though the technology of converting natural gas into liquid fuels is not new, rising oil prices and regional dynamics have renewed interest in developing gas to gasoline projects. For today’s Energy Market Insight, BTU Analytics looks at the fundamentals motivating Nacero’s Pennsylvania project and how it could provide an alternative solution to grow production out of a pipeline constrained area… 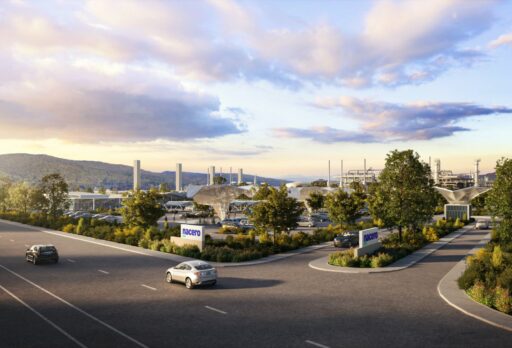 Sited in Newport Township, Nacero’s planned Pennsylvania complex will sit near the Transco Pipeline at the edge of the Marcellus shale play, where Transco-Leidy basis has averaged $0.61 below Henry Hub since the start of 2019. Gas production in the Northeast has long been infrastructure constrained, with limited capacity driving down basis. In addition to the abundance of cheap gas, ready access to downstream markets in New York and New Jersey was likely deciding a factor in siting this plant…

While it remains to be seen whether Nacero will succeed in building its fleet of gas-to-gasoline plants, or whether these plants will be economical once completed, an additional 900 MMcf/d of gas demand would represent a substantial shake-up in the regional balance of Northeast Appalachia.

Oh, the irony! And, it’s a low carbon project! Hug a fractiivist today!

Amazing how supply and demand works, isn’t it? Constrict the supply of natural gas by killing pipelines and you also deprive yourself of the fuel you suddenly want and force utilities into burning more coal to boot.

Power grids are expected to have sufficient supplies under normal operating conditions between the three months. But if unseasonably cold weather is observed, fossil fuel generators (powered by crude, coal, or natural gas) may experience shortages due to supply constraints…

In early October, we quoted Ernie Thrasher, CEO of Xcoal Energy & Resources LLC., who said US utilities are quickly turning to coal generation because of soaring natural gas prices.

“We’ve actually had discussions with power utilities who are concerned that they simply will have to implement blackouts this winter,” Thrasher warned.

He said, “They don’t see where the fuel is coming from to meet demand,” adding that 23% of utilities are switching away from gas this fall/winter to burn more coal. 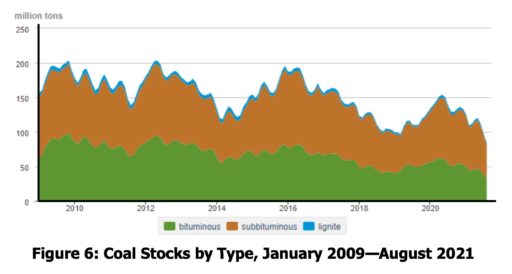 We recently noted that due to unprecedented demand, resource companies had sold every piece of coal they will extract from the ground for 2022. “It’s pretty much sold out,” Peabody CEO Jim Grech said last month. “We only have a small portion left to be sold for 2022 and for 2023.”

A La Nina winter means below-average temperatures for parts of the northern hemisphere. Hopefully, an energy crisis like the one playing out in Europe and China isn’t headed for the US.

So, this is the future, then as fractivists kill pipeline after pipeline? Appears so. It will be hard to feel sorry for them when they sit in the cold and dark and deal with the fact they’ve forced up coal use and achieved the precise opposite of what they intended, by reversing the coal to gas revolution that allowed the U.S. to do more to reduce carbon emissions than any other nation.

Biden Is Doing Everything A Man Corrupted by China Would Do

The Biden administration, run by who knows who, is following a script that precisely adopts China’s goals for dominating us in every way:

It’s no secret that Americans are paying record prices at the gas pumps.  Rapidly ascending prices also affect the cost of all the goods and services that are an integral part of the American economy.  Farmers, manufacturers, delivery companies, repair people…you name it: they’re paying more to do their jobs, and they’re passing those costs to consumers.  So why now, of all times, is the Biden administration selling off America’s Strategic Petroleum Reserve (SPR) to Asia?

As the name suggests, the SPR is America’s emergency backup supply of oil.  The reason we have it is because of the energy crisis in the early 1970s.  According to Wikipedia, which is probably accurate about this, “[t]he United States started the petroleum reserve in 1975 after oil supplies were interrupted during the 1973–1974 oil embargo, to mitigate future supply disruptions.” 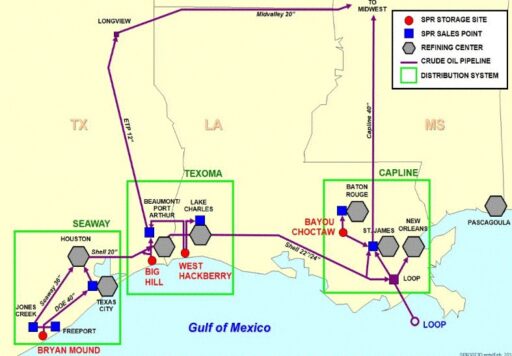 Fast-forward to 2021.  Upon entering the Oval Office, one of the first things Biden did was to shut down the Keystone XL pipeline.  Henceforth, rather than flowing safely through a pipeline, Canadian oil will come the expensive way, over land, whether in trucks (which are in short supply) or on trains.

At the same time, Biden halted new oil, gas, and coal leases on federal lands, something that’s being fought in the courts.  As long as the suit continues, no sane business would start to drill.

Biden’s also on the verge of ending all new oil and gas leases around major Native American cultural sites, which will shut down massive amounts of exploration and drilling in New Mexico.  And following initial denials, the administration admitted that it plans to close a major Michigan pipeline.

We have to face the fact Joe Biden is hopelessly in debt to one of our enemies.

What Goes Around, Comes Around

Lost in the publicity and partisan debate surrounding the widely-covered New Jersey and Virginia Gubernatorial races, the citizens of Maine have driven a deep dagger into the future of renewable energy— at least in their sister State, Massachusetts. They did this by voting affirmatively on Maine Question 1 during Tuesday’s election, which called for the revocation of approvals previously issued by Maine regulators for a proposed $1 billion power line called the New England Clean Air Connect (NECAC). 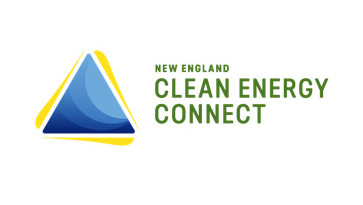 Remarkably, NECAC had nothing to do with the importing of oil or natural gas from the Canadian Province of Quebec to Massachusetts through Maine. Instead, it would have carried over 1,000 megawatts of relatively “clean” hydropower produced in Quebec by Hydro-Quebec to the Bay State as part of the New England electrical grid, passing through Maine. Along with other decarbonization projects – such as offshore wind energy – this power is critical for Massachusetts’ plan to meet its renewable energy commitments…

On the bigger picture front, we have now come full circle in the pipeline battle – or, more accurately, the battle to recognize that the production and transference of energy in any form or medium (e.g., pipelines, electrical grids, etc.) is inherently an interstate issue that should be managed for the greater good of the country as a whole, and should not be subject to veto or delay by nearsighted and overly-zealous localism. What started out as a power grab by then New York Governor Andrew Cuomo using the Federal Clean Water Act to block fossil fuel pipelines has now morphed into states and municipalities blocking, or in Maine’s case allowing voters directly to block, any form of energy transmission however benign and “environmentally friendly” or “Green” that energy may be. This includes – even transporting the kind of energy (e.g., hydropower) that many of the champions of aggressive action to combat climate change would themselves concede is of the very type that we need more of to transition our entire economy and continue our first world lifestyle into the future.

Climate change and environmental activism knows no bounds and now it is boomeranging on those who practice it. Such is the real world and activists are learning they were used as shills by those seeking money and power.

Michigan Attorney General Dana Nessel issued a playful apology after she was so drunk at the Michigan-Michigan State football game on October 30 that she left the game “so as to prevent me from vomiting on any of my constituents.”  She later confessed: “I had a few folks help me up the stairs and someone grabbed a wheelchair so as to prevent me from stumbling in the parking lot.” 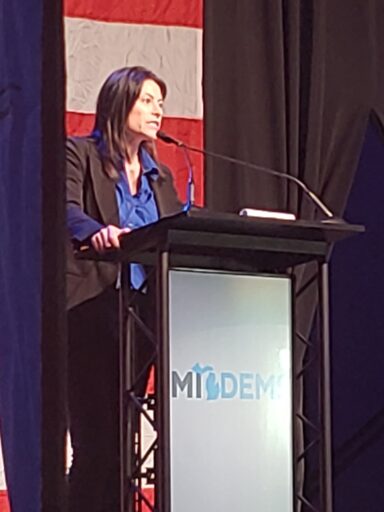 She previously had filed a lawsuit in an attempt to shut down the Line 5 oil and gas pipeline.  There is no record if she was drunk or sober at the time.

Can’t improve on that!