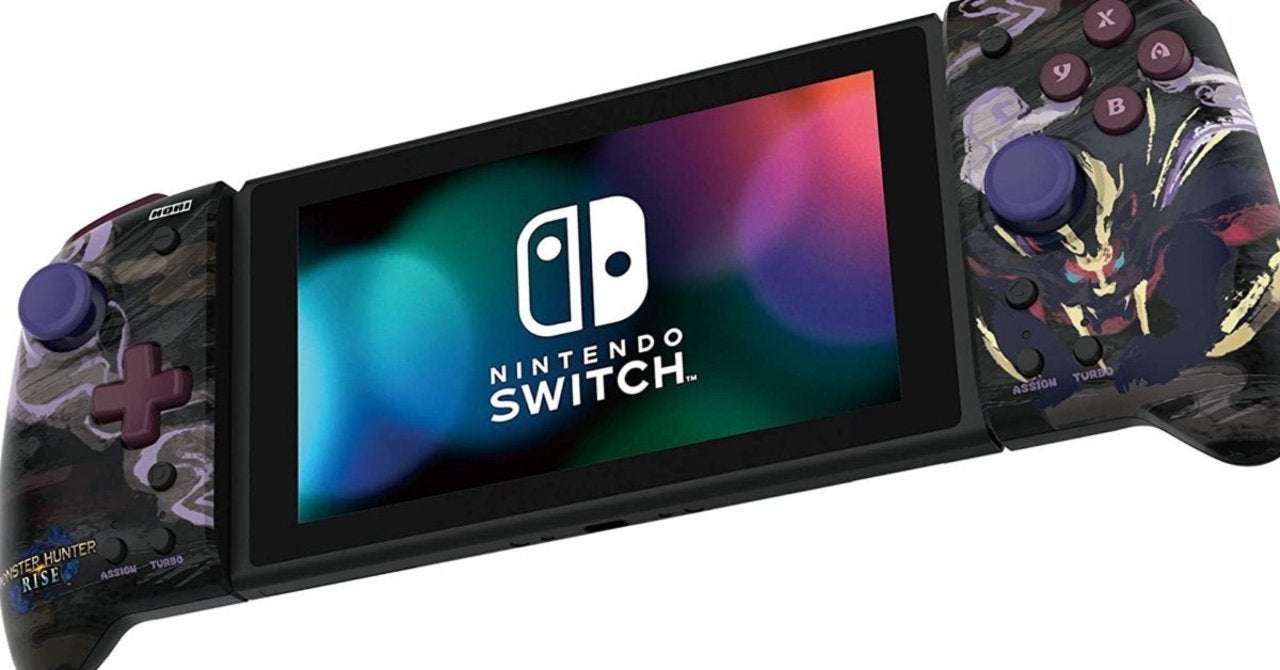 The Monster Hunter Rise Nintendo Switch Split Pad Pro controller is available to pre-order here on Amazon for $59.99 with a release date set for April 26th. The Split Pad Pro lacks features like rumble and motion controls, but it does offer a full-size controller experience in handheld mode. It also includes assignable buttons and turbo functionality.

Just keep in mind that other versions of the Hori Nintendo Switch Split Pad Pro are priced as low as $40.49 here on Amazon at the time of writing. The only difference is the lack of a Monster Hunter Rise-themed design. The Nintendo Switch Pro Controller is also on sale for $59 ($10 off) right now. You can grab one here at Walmart and here on Amazon with the discount while it lasts.

Monster Hunter Rise is set to release worldwide on March 26th, exclusively on Nintendo Switch. You can check out all of our previous coverage of the game right here. An official description of the game can be found below.

"Monster Hunter Rise is an action RPG that will transport players to the colorful Kamura Village, an all-new serene mountain locale that attracts visitors with its unique culture and innovative hunting technologies. After hunters equip their armor and select from one of the various weapon types, all-new hunting grounds await, including the ancient Shrine Ruins and more. As players defeat monsters and progress through the game, items from fallen foes can be used to craft unique weapons and armor that will increase their chances of future success and survival. Hunters can tackle these challenges solo, or with up to three other players in local or cooperative online play.

Evolving the Monster Hunter series, Monster Hunter Rise will provide players with an inventive set of new tools to track down and defeat threatening monsters. For the first time ever in a Monster Hunter game, wire-based grappling actions can be performed by using a "Wirebug" while standing or in mid-air, adding an all-new level of aerial maneuverability to hunting strategies and attacks. The game will also debut new hunting partners called Palamutes, personalized and rideable "Canyne" companions that will provide players with a new set of attack options, while "Felyne" Palicoes will return as support characters for actions like healing."

Note: If you purchase one of the awesome, independently chosen products featured here, we may earn a small commission from the retailer. Thank you for your support.