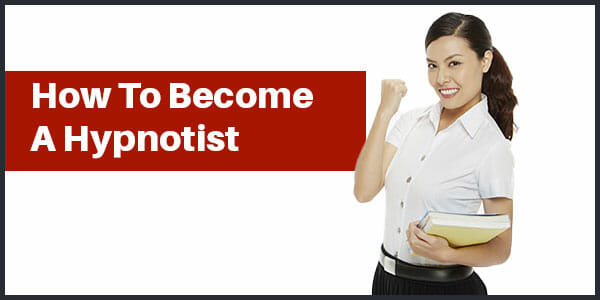 How To Become A Hypnotist

Want to know how to become a hypnotist? That is a very common question hypnotists get asked. It need not be a mystery.

In fact, it's not nearly as difficult as it might seem. Becoming a hypnotist is simple and easy with the right training.

How To Become A Hypnotist, My Story

For most of my adult life, I wrote computer software for a living. Unlike many people, I didn't set out to become a hypnotist. I never dreamed of doing stage shows or anything quite like that.

So, how did I become a hypnotist? It's a funny story.

The Book Nobody Bought

A few years ago, I wrote a book that I believe was an excellent book. And nobody bought it! You know that saying, "If you build it they will come."? It's not true at all. And writing a book is hard work.

It's hard to explain how defeating it is to write a book that nobody buys. Months of work valued by the world at approximately zero dollars. Gosh, that wasn't fun. Was I even cut out to be an author or write at all?

What If I Learned To Sell?

And when I was wallowing in my own self-doubt I had an idea. I would figure out how to sell my book! It was a good book, so maybe if I learned how to sell things better, I could be a successful author. (Why I wanted to write books is a separate tangental story, so let's avoid that for now okay?)

Learning About NLP and Hypnosis

I found some NLP books at a used bookstore and got excited. The first book I read was The Structure of Magic Volume 1 by Bandler and Grinder. It's a really dense and hard to understand book about linguistics. It's not a long book, but it's so dense that after chapter two or three it took me an extremely long period of time to finish.

At that point I realized that NLP had for me some very powerful and persuasive tools. So I studied more, and that led me to my study of hypnosis. NLP and Hypnosis are very much related and they influence each other.

Everything you study in hypnosis has elements of NLP and everything in NLP has elements of hypnosis. They are not the same thing nor are they very different. They are like a pink flamingo and a grizzly bear cuddling at the zoo. You will want to understand both eventually.

Somewhere along the long and winding road I started listening to the Brain Software Podcast. They talk extensively about both NLP and hypnosis.

Months later, I signed up for the Mike Mandel Hypnosis Academy to learn more about hypnosis. A few months after that I found myself in Toronto in a live class becoming a real hypnotist.

Becoming A Hypnotist Changed My Life

Becoming a hypnotist changed my life. But not exactly in the way you might expect. Unlike many of my wonderful hypnotist friends, I am not a full-time hypnotist. I don't do shows or even much in the way of traditional trance work.

Instead, I apply the powerful persuasion principles in my career and personal life. I've increased my income by tens of thousands of dollars. I lost 35 pounds. I am happier and more successful than I've ever been.

So, that is how I became a hypnotist. Hypnosis is such a powerful force in my life that I even write about it and teach what I learned along the way to other would-be hypnotists like you.

If you want to want to become a hypnotist, my advice to you is just go for it! It's like having a secret superpower to make everything in your life better. It's more than worth the price of admission, that's for sure.

This free video tutorial shows you exactly how to perform Rapid and Instant hypnosis inductions. It's a great place to start your hypnosis journey...

The post How To Become A Hypnotist appeared first on Mike Mandel Hypnosis.

How To Become A Hypnotist