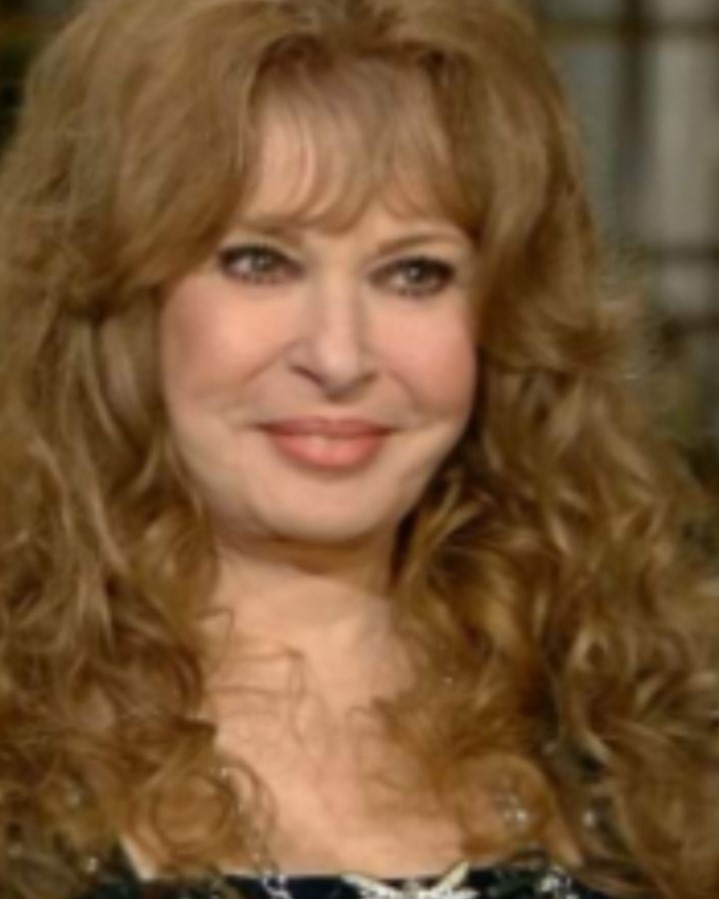 For those who are not familiar with the iconic Egyptian actress, singer, dancer and choreographer Nelly (Figure 1), think of three glamorous legends, Audrey Hepburn, Liza Minnelli and Marion Cotillard; Nelly has a lot in common with each one of them. The elegance and beauty of Hepburn, the vocal range of Minnelli, and the acting gravitas of Cotillard, are some qualities that Nelly has in abundance. It is no surprise that the Cairo International Film Festival (CIFF) in its 43rd edition will celebrate the life and art of Nelly by honouring her with the Golden Pyramid Lifetime Achievement Award. This prestigious accolade is presented to prominent film figures who enriched the art of cinema with outstanding works. A distinguished career spanning 52 years in the shape of 118 projects in TV, cinema, theatre and radio is an impressive legacy that made Nelly the icon and sweetheart of the Egyptian and Arab world.

Born in Cairo in 1949, Nelly began her creative career as ‘Mona’ a 4-year old girl in the film ‘Deprivation’ (Atef Salem). Coming from a creative family, Nelly was constantly surrounded by fine art. She continued to appear as a ‘child prodigy’ in several mainstream films.

Nelly was always aware of her social responsibility as a popular actress. Her film choices were underpinned by a desire to collaborate in projects that faithfully portrayed modern Arab woman as bold, empowered and progressive characters. The struggles of student girls coming from rural parts of Egypt studying in Cairo was poignantly depicted as the romantic ‘Hyam’ in ‘The Student Girls Dormitory’ (Ahmed Diaa El Din, 1967). Working mothers’ trials and tribulations and their continuous juggling of family and work commitments were explored through ‘Samia’ in ‘Good morning my dear wife’ (Abdel Moneim Shoukry, 1969).

During the 70’s and 80’s era, Nelly continued to portray strong women; ‘It is a sin, Lulu’ (Sayed Tantawi, 1978) (figure 2) challenged social taboos with Lulu, a single woman leading an independent life and forcing male colleagues to respect her contribution in a male-dominated society. As ‘Wafaa’, Nelly explored the sensitive subject of Arab women’s virginity in ‘The Half Metre Accident’ (Ashraf Fahmi, 1983). Wafaa was not scared to share her intimate past with her future partner. She wants to love and be loved and not to be forever labelled and imprisoned by the fact that she is not a virgin.

Still; Nelly was mindful not to present the image of a superwoman who is always righteous; her film ‘Misery is a woman’ (Ahmed Yahia, 1977) (figure 3) was a brave choice portraying ‘Inas’, a manipulative woman who drives her husband Dr Galal (Mahmoud Yassin) to insanity by making him doubt the fact that he is the biological father of their son.

The music operettas (Fawazir) were another highlight in Nelly’s career from 1975-1996. Showing during primetime Ramadan in TV stations around the Arab world consolidated Nelly’s super-star appeal. Even in light-hearted entertainment, her choices always reflected a deep understanding of and a connection with Egyptian and Arab women societal challenges, with a focus on cultural heritage and family values. Her exceptional singing and dancing talent in these popular shows attracted all generations including children.

Nelly acted in several film genres; political thrillers ‘The Sad Night Bird’ (Yahia El Alami, 1977), ‘The Ghoul’ (Sameer Seif, 1983), film noir ‘The Illusion’ (Nader Galal, 1979, an adaptation of Alfred Hitchcock’s ‘Vertigo’ (1958), light-hearted musical comedies, ‘My Fair Lady’ (Hilmy Rafla, 1975), ‘To Sir with Love’ (Ahmed Yasin, 1981), and social-realist cinema inspired by literary adaptations of influential Egyptian authors such as ‘A Jungle of Legs’ (Hossam El Din Mustafa, 1974, based on story by Ihasn Abdel Quddous), ‘The Bottom of the City’ (Hossam El Din Mustafa, 1974, based on story by Yusuf Idris), and ‘The Fun Group’ (Yahia El Alami, 1976, based on Mustafa Mahmoud’s story). In these films, gender politics, and women status were critically analysed. Some of these films encouraged the audience and critics to reflect on Arab society taboos; ‘A Jungle of Legs’ explored the devastating effect of a promiscuous lifestyle on family stability and the mental well-being of individuals, and ‘The Illusion’ was a landmark film in de-stigmatising mental illness.

Vaudeville theatre was another arena where Nelly acted in original projects such as ‘Revolution’ (Galal El Sharkawi, 1988).

The artistic genius and versatility of Nelly united women and men, young and old generations, and Arabs across the MENA region. For all that, she rightfully deserves a heartfelt thank-you for widening our cultural horizons and being part of our happy memories.