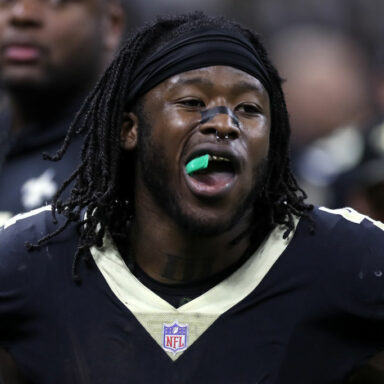 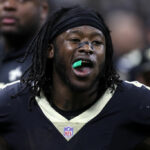 New Orleans fans and fantasy football owners of Saints running back Alvin Kamara had plenty of celebrating to do on Christmas Day, as the back rumbled for half a dozen touchdowns in a 52-33 win over the Minnesota Vikings.

The versatile running back found the end zone six times, all on running plays, helping some fantasy football owners to either win their title or reach their championship game this season.

In a show of true goodwill and generosity this holiday season, a lot of fantasy owners of Kamara gave back, giving donations in Kamara’s name to the charity Son of a Saint, which the running back supports.

Son of a Saint is an organization which provides “mentorship, education, recreation, camaraderie, cultural enrichment, emotional support and [helps] to fill the void for dozens of fatherless young men in New Orleans.”

As of late Thursday, the organization had received over $21,000 from nearly 400 donors, and the numbers continue to grow.

“People, they’re strong about this fantasy football throughout the whole year. … I don’t want to even echo some of the stuff that they’ve messaged and tweeted, stuff like that,” Kamara said via ESPN.

“But it’s good to see people keep their word, and they’re willing to donate,” Kamara said. “I don’t know how much you play fantasy football for. I’ve never played it. … But it’s going to a good organization. I’m just blessed to be able to help Son of a Saint at the same time.”

Just a quick appreciation post for the #Saints' "snow angel" after Alvin Kamara's 6th rushing touchdown of the game… pic.twitter.com/VdRhBHwQQT

For his efforts in the 19-point win, Kamara took home the NFC Offensive Player of the Week for the first time in his career.