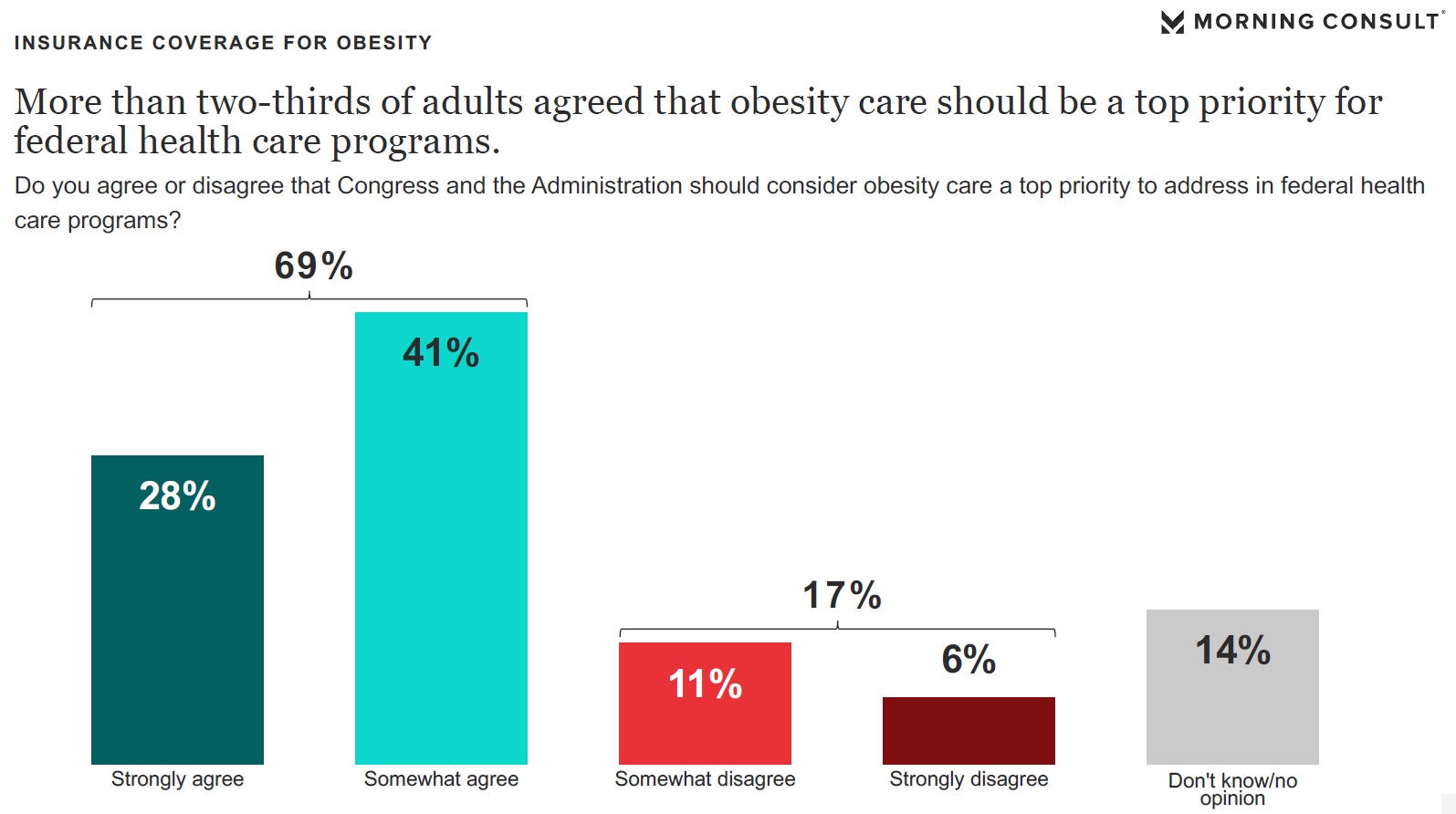 New polling being released today by Morning Consult tells us that Medicare is lagging behind public sentiment on obesity care. Researchers found that 73 percent of the public supports Medicare covering obesity treatment and prevention. What’s more, a similar number (69 percent) says that obesity care should be a top priority for federal healthcare programs.

A Sharp Contrast with Coverage

These beliefs stand in sharp contrast to what Medicare does about obesity. Right now, the only form of obesity care the program readily covers is bariatric surgery. In theory, it will cover intensive behavioral programs for obesity. But in reality, that rarely happens because of the limits on the providers that Medicare will pay for this work.

Another important tool for treating obesity is anti-obesity medicines. These are quickly becoming more and more effective for controlling obesity. But across the board, Medicare will not cover them. The fault lies in regulations that can’t keep up with the emergence of effective and safe therapies for obesity.

Current regulations bar coverage of any drugs for obesity through Medicare drug plans. It doesn’t matter what you sign up for, modern drugs to help reduce the harm of obesity are banned from the formulary. This is based on outdated thinking about weight loss and obesity that hasn’t kept up with the recent science.

The Treat and Reduce Obesity Act would overcome both of these problems that keep people from getting the obesity care they need under Medicare.

What this adds up to is broad support for treating and reducing obesity. One of the key reasons for this support is that obesity contributes to more than 200 other medical disorders. In fact, this was the most compelling reason found in this polling for better obesity care in Medicare.

It makes no sense to leave obesity untreated until it progresses to the point where it has utterly destroyed a person’s health.

Today at 10 AM, Fatima Cody Stanford, Joe Nadglowski, and Hannah Martin will be discussing these results. They’ll also give an update on the campaign for Obesity Care Now. Passing the Treat and Reduce Obesity Act would be a good start.

Click here for more from today’s briefing, including a download of the presentation, and here for more on the Obesity Care Now campaign.

Bare Tree Behind a Fence, painting by Egon Schiele / WikiArt