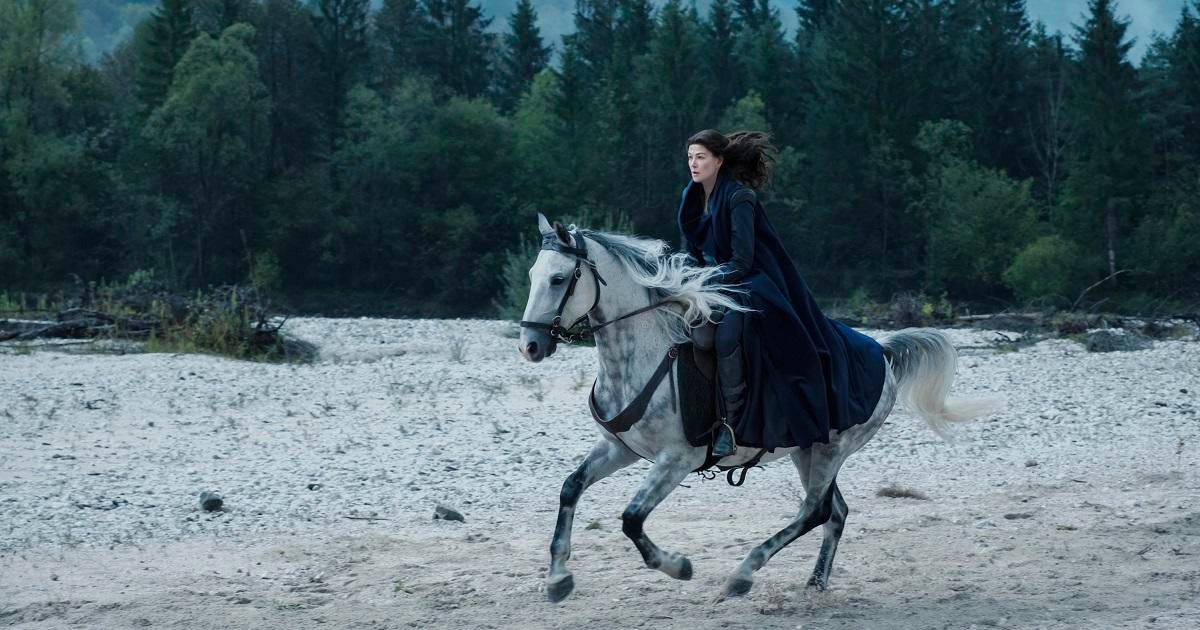 The Wheel of Time is just over halfway through its first season, and casting announcements for Season 2 are already making waves. On Monday, Deadline reported that actors Guy Roberts, Arnas Fedaravicius and Greg Chillingirian were joining the fantasy series. The roles they are playing tell us a lot about how far into the books the series will go in the episodes to come.

Warning: there are spoilers for The Wheel of Time ahead! Amazon has reportedly cast Roberts to play Uno Nomeshta, Fedaravicius to play Masema Dagar and Chillingirian to play Ingtar Shinowa. All three men are noble warriors from the nation of Sheinar, one of the kingdoms on the Borderlands tasked with defending mankind from The Blight. Fans of the book may remember that Moiraine's party of travelers heads to Shienar near the end of the first book, The Eye of the World. This gives us lots of room to speculate about where Season 1 will go and how much further Season 2 will take us.

At the point we've reached now after Episode 5, "Blood Calls Blood," it seems plausible that we'd see the party reach Shienar quickly. Now that Egwene and Perrin have escaped the Whitecloaks, the whole group will soon be reuinted in Tar Valon, which seems to be the show's version of their reunion in Camelyn from the books. The book version then had them traveling through "The Ways" - a dangerous pocket dimension - guided by Loial, taking them right to the Shienaran stronghold Fal Dara.

Some version of this has to play out, since we already have confirmation that the Shienaran Lord Agelmar Jagad will make an appearance in Season 1, played by Thomas Chaanhing. Sandra Yi Sencindiver will play Lady Amalisa as well, but they could easily meet the party on the road somehow without bringing them all the way to Fal Dara.

If the rest of the Shienarans won't be introduced until Season 2, it could mean that the show will introduce new obstacles to prevent the group from reaching Shienar in the next three episodes. On the other hand, it could mean that the Ways will take them straight to the Eye of the World, saving the Shienar visit for later. This would make sense, since the group spends some time in Shienar in the next book anyway.

This may be a good strategy to do justice not just to these characters, but to Borderlands culture as a whole. This is a vital part of worldbuilding for this franchise, and it will be essential to fully understand the character Lan (Daniel Henney). Passing through Shienar now and returning later may be one of those things that simply doesn't work as well on the screen.

The Wheel of Time Season 2 is filming now, with actor D?nal Finn taking over the role of Mat from Barney Harris. Other new cast members will include Natasha O'Keeffe and Meera Syal, whose roles have not yet been revealed. The Wheel of Time Season 1 is streaming now on Amazon Video, with three more episodes to go. They are released on Fridays.