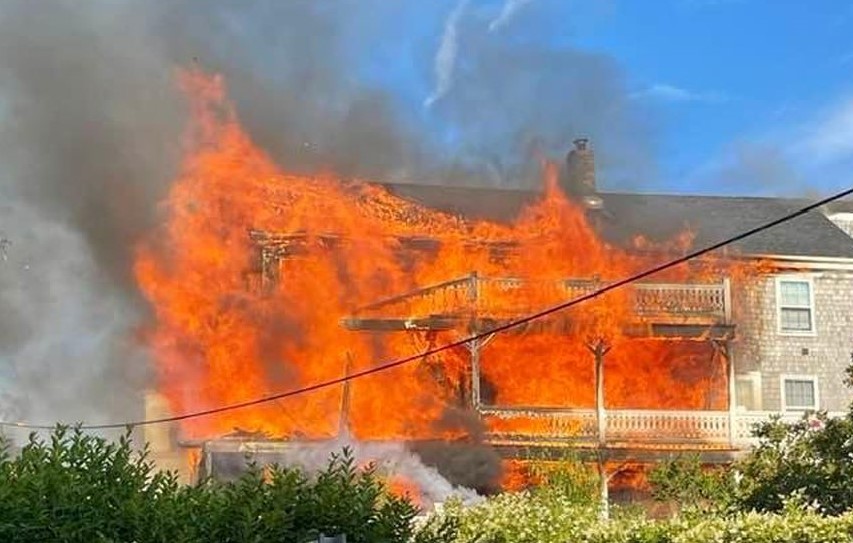 Nantucket Mass. has a long history of rebuilding. From 1750-1850, whaling was the heart of Nantucket’s economy. In fact, during that period the town was the undisputed whaling capital of the world, with more than 70 ships that ventured on two-year to three-year whaling trips to the Pacific.

In 1846, a fire began in a hat store on Nantucket’s Main Street, racing through town, consuming everything in its path. Barrels of whale oil, stored on the wharves, burst into flames. The burning oil flowed into the water, creating what one man described as “a sea of fire.”

Seven hours later most of the town’s commercial area lay in ashes. Some 250 buildings had been destroyed — almost all the markets and shops, seven factories that processed whale oil, a dozen warehouses, three of the town’s four wharves, and many homes.

Nantucket rebuilt. One of the classic buildings, built in 1881, was the Veranda House hotel. In 2022, a massive fire at the Veranda House, most likely caused by the improper disposal of smoking materials, totally destroyed the building and several structures nearby. But Nantucket will rebuild, if not the Veranda House, then many other homes throughout the area.

A $4.2 million contract for the construction of eight new multi-family buildings, as part of a housing development on Nantucket, has been let to KBS Builders. This development will help improve Nantucket’s availability of affordable housing, a longstanding challenge facing the island. KBS, which will supply 60 modular units for the project, worked with a local builder in collaboration with the Nantucket Housing Authority and the Nantucket Affordable Housing Trust to secure this public-private partnership.

KBS Builders, based in Maine, is a leading modular manufacturer in the Northeast. To improve the efficiency and productivity of its factory, and the energy efficiency of the units KBS is receiving technical assistance from a team led by Vermont Energy Investment Corporation. The work is funded by the United States Dept. of Energy under the Advanced Building Construction Initiative. Production of two of the eight buildings has already commenced, and production of the remaining buildings is expected to continue into the fall of 2022.

Want to tweet about this article? Use hashtags #construction #sustainability

The post News from Nantucket appeared first on Connected World.