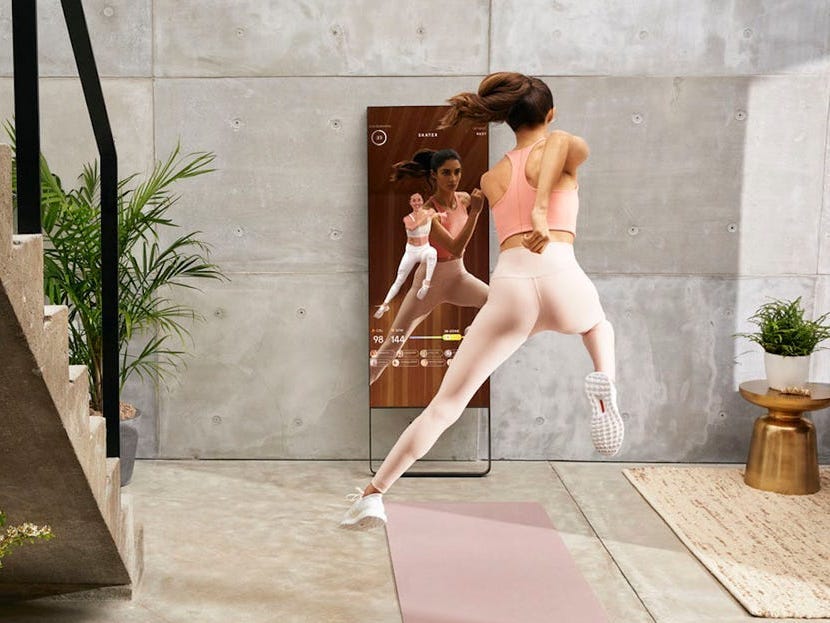 Nike filed a lawsuit on Wednesday accusing Lululemon of patent infringement through the distribution of its Mirror Home Gym, which the sneaker company alleges bears similarities to its own digital sport inventions.

In a complaint filed in the US District Court in Manhattan, Nike accused Lululemon of infringing on six patents through the Mirror device and its associated apps, which allow users to compete with other athletes, track their performance, and pinpoint specific fitness goals.

Nike claims that it has been developing and patenting devices that can determine an athlete's speed, distance, and calorie output since 1983. In its complaint, the shoe company referenced a variety of its digital innovations, including some of its popular mobile apps like Nike Run Club, as well as older devices like Nike+ Kinect, a fitness video game for Xbox 360 that came out in 2012.

Nike and Lululemon did not respond to a request for comment from Insider.  The yoga pants company told Reuters the patents are "overly broad and invalid."

Nike said in its complaint that it sent Lululemon a list of the patents that are allegedly being used by Mirror in November. In a response to Nike that was filed as an exhibit in the complaint, Lululemon said that it "respects intellectual property," but added it "does not believe that Nike's patents are relevant" to its Mirror product.

The sneaker company is seeking triple damages for "economic harm," as well as an injunction preventing Lululemon from infringing on the Nike patents.

Lululemon bought the at-home fitness device for about $500 million in July 2020. Mirror prices start at $1,195. The product offers interactive work outs, including live and on-demand classes for about $39 per month, according to the company's site.

Nike and Lululemon might see more sales overlap going forward. In October, Lululemon was awarded a patent for its own branded shoe line. The company has teased a move into footwear since 2019, and CEO Calvin McDonald announced in a fall earnings call that Lululemon plans to release the branded shoes in the beginning of 2022.

Lululemon is also currently involved in a legal battle with Peloton. In November, Lululemon sued Peloton for allegedly infringing on several of its design patents in the development of its workout leggings and bras.