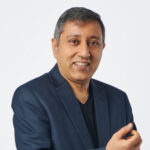 Nium Recognises Its COO Pratik Gandhi as a Co-Founder

Pratik joined Nium as Chief Business Officer in May 2016 as the company began building its global business operations.

In his role as Chief Business Officer, Pratik led Nium’s consumer business before being promoted to his current position as Chief Operating Officer.

Now as a Co-Founder, he joins Nium’s CEO, Prajit Nanu, and Chief Business Officer, Michael Bermingham, as part of the company’s co-founding team.

As Chief Operating Officer and Co-Founder at Nium, Pratik will continue to lead the global finance, operations, and customer service teams.

He remains responsible for driving focus on Nium’s financial activities and helping the company deliver exceptional experiences through its customer service centers and representatives.

Gandhi has over 25 years of leadership experience, having worked for global companies such as Arthur Andersen, Xerox, PepsiCo and Telstra before specialising in banking for the last 15 years.

Prior to joining Nium in 2016, Pratik was Chief Financial Officer at Fullerton India Credit, a subsidiary of Singapore’s Temasek Holdings. 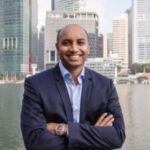 “Pratik has been our trusted partner in running Nium for the past six years, and Mike and I are thrilled to welcome him as a Co-Founder in recognition for his passion, commitment and outstanding operational expertise.

Pratik has helped build Nium into the global brand it is today. He has earned the respect of his colleagues around the world, who join us today in congratulating him for his extraordinary contributions and unparalleled dedication to the company.”

The post Nium Recognises Its COO Pratik Gandhi as a Co-Founder appeared first on Fintech Singapore.

Nium Recognises Its COO Pratik Gandhi as a Co-Founder