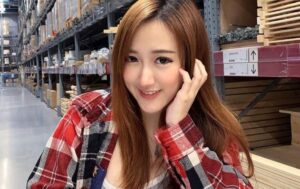 Malaysian influencer and YouTuber Yang Bao Bei (杨宝贝) is still recovering from the aftermath of her suicide attempt. The attempt caused a domino effect, as netizens later revealed she had been scamming people.

While she was waylaid in the hospital, her family and friends have been helping her deal with the fallout. However, yesterday (26th April), YBB returned to take responsibility for her actions. Admirable as it is, her actions sadly have long-lasting consequences.

YBB’s agency previously made a statement declaring that they were not involved in YBB’s scams. Yesterday, the agency made a post on Instagram announcing they were no longer affiliated with the influencer. According to the post, all business related to YBB will be stopped, and her position and her authorization qualification as an agent will be canceled. The company verified that YBB violated their system and concept of honest management. Additionally, she committed fraud against the company by defaulting on loans and unauthorized embezzlement of the company.

“Recently, because of (YBB’s scams), many fans have appealed to our company and staff,” the company wrote. “We solemnly declare that the bag incidents and all frauds are purely hers. (Her) personal behaviour has nothing to do with any colleague/work (partners) in our team.” The agency reminded their agents it is forbidden to lend money to YBB. The company also asked YBB’s victims to contact her for the refund as again, they were not involved in the incident.

YBB has not mentioned anything about her agency, as she seems to be more focused on her other relationships. While she thanked several of her friends publicly on Instagram yesterday, she apparently called one of them out on Telegram this morning. “Thank you,” she wrote. “When I (needed) you the most, (you) chose to abandon me.”

The YouTuber explained that this friend “left (her) without hesitation” after she was released from the police’s custody. “Friends who (I) seldom contacted, offered a helping hand after the accident,” she said. YBB did not mention any names, nor give any clues about the person’s identity.

YBB informed her followers that she will be returning to the clinic soon as she has ran out of medicine. “(My) body has become very poor and very weak,” she wrote. “I hope it will get better. Goodnight, I love you!”

We hope she continues to heal and stays strong in the midst of her recovery.

The post Yang Bao Bei’s Agency & Friend Have Decided To Cut Ties With Her appeared first on Hype Malaysia.