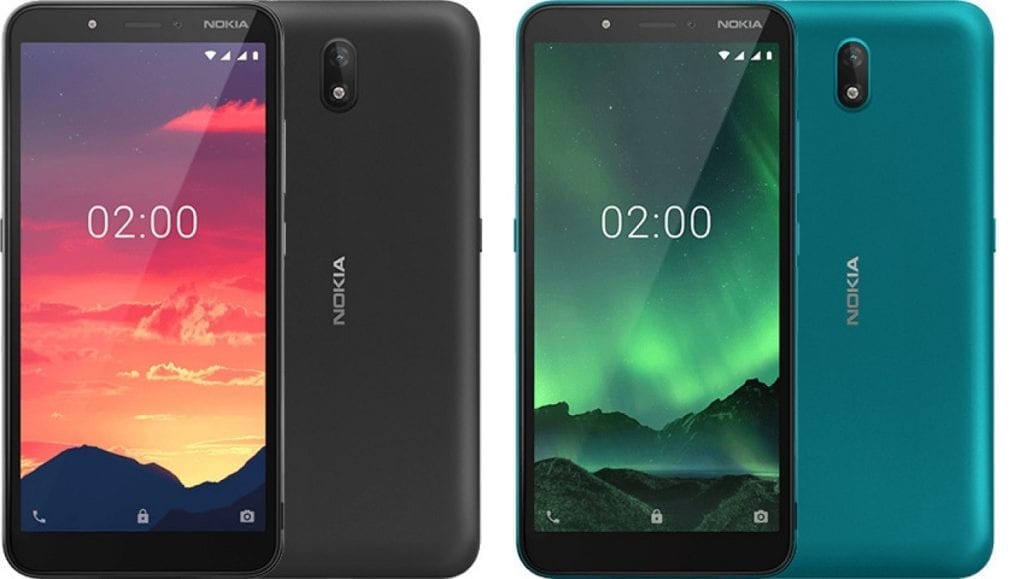 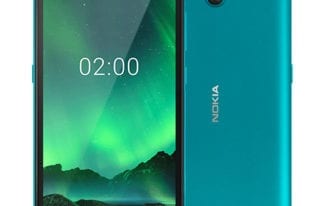 Where to Buy Nokia C2

Apart from that, the device is designed for everyone not just for those purchasing their first smartphone. The phone brings some upgrades on the hood. Let’s check them out.

In terms of body design, it still maintains the same pattern as the Nokia C1. There is nothing spectacular on the body. It has a smooth panel that houses the camera, an LED flash, and the branded logo. This is to say, there is still no fingerprint scanner on the phone.

The Nokia C2 has body dimensions of 154.8 x 75.6 x 8.9 mm and the weight just 161 grams. Overall, it’s built with a combination of glass and plastic. You will find the dedicated Google Assistant button on the left side.

On the front, the bezels are still there both on the top and bottom of the screen. However, it offers a bigger screen size of 5.7-inch which has a resolution of 720 x 1440 pixels, 18:9 ratio and 282 PPI density.

The company ships the phone with a single rear camera of 5MP f/2.2 positioned in the middle of the panel alongside an LED flash. Just like it’s predecessor, it also comes with a front camera of 5MP that is also paired with an LED flash for low background photos.

The budget device from HMD has a Unisoc processor which is not specified. However, the SOC comes with a Quad-core processor running at a speed of 1.4 GHz.

It has average inbuilt storage of 16GB coupled with 1GB RAM. You can still expand the memory using a dedicated micro SD card slot up to 64GB. It runs on Android 9 Pie (Go Edition) not really Android 10 (Go Edition). Hopefully, an update will be made available soon.

There is a removable battery capacity of 2800mAh which is also an upgrade from the C1’s 2500mAh capacity. It still has the standard 5V 1A charging technology.

It has 4G LTE Network and other regulars such as Bluetooth 4.2, 2.4GHz Wi-Fi, GPS, a MicroUSB port, a 3.5mm audio jack, and an FM radio for entertainment.

The Nokia C2 will come in single SIM and dual SIM variants (both Nano SIMs) and will be available in Africa and other countries like the Asia Pacific, and the Middle East. The Saudi Arabia model will have different network bands from that of the aforementioned regions but the pricing will be almost the same.

Here are a few specs of the Nokia C2: