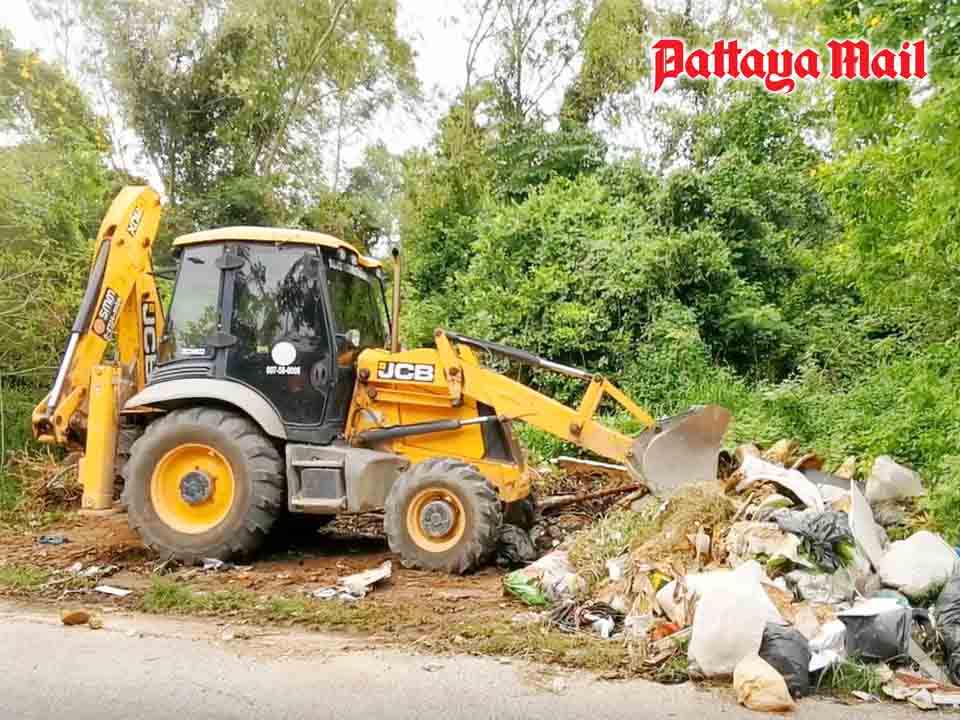 Nongprue toned down its mystical warnings to trash dumpers, telling do-gooders they will be prosperous, rather than curse lawbreakers.

Once the garbage was removed, workers placed a sign reading “those who dispose of garbage properly will be blessed and prosperous”.

The tone contrasts with that of a placard erected outside Wat Khao Makok on Nov. 12 that told dumpers they would be cursed in the afterlife.

Wanchai admitted that some residents had questioned the appropriateness of the cursing signboard. But he said, overall, the crackdown on illicit dumping had received good reaction.