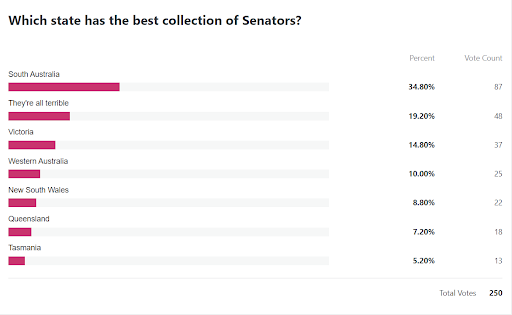 Things are somewhat quiet in Australian psephology at the moment and for a bit of general amusement I thought I'd start some Not-A-Polls in the sidebar to give readers the opportunity to rank which states have the best and worst collections of 12 Senators.  The Not-A-Polls will run for three months but I will extend them for if the number of votes received at that time for one or other is less than 100.  In each case I have allowed an option of vetoing the premise of the question by declaring that all the Senator lineups are either good or terrible (but I haven't allowed an option to rank slates equally).

Do readers tend to like their own Senator slates, or despair of them?

Given the number of Senators who are well known not to exist, I provide a list below of the current Senator lineups.  I've omitted the territories because two Senators is hardly a basis for an assessment, but Territorians both Northern and Australian Capital get to be neutral judges of these lineups!

Scott Ryan has brought forward his retirement and will resign his seat prior to the scheduled October resumption of Parliament.

(Dorinda Cox replaces Rachel Siewert who has resigned having decided to retire before the end of her term.)

(Karen Grogan replaces Alex Gallacher who passed away on 29 August). 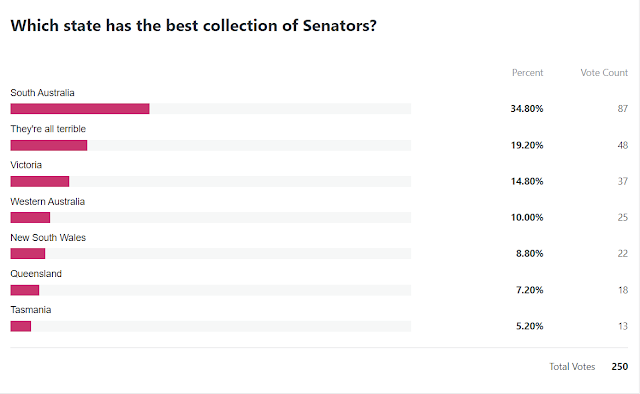 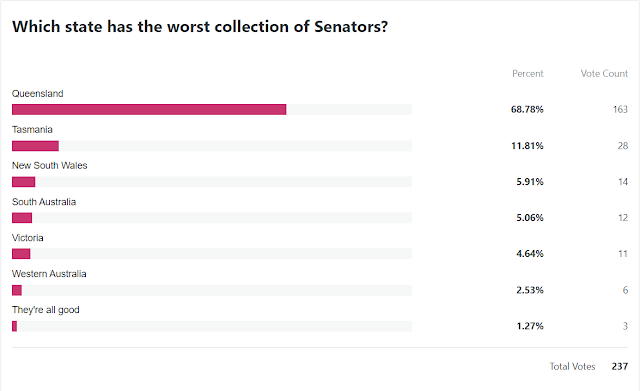