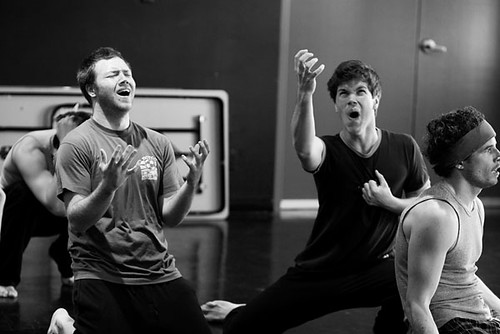 Folks who are long-time readers know there are few things that make me happier than mechanical freedom. I talked about this in depth in Understanding The Difference Between Story Freedom and Mechanical Freedom, but the short version is that mechanical freedom is when the game rules create specific effects that back up your story explanation. If your story is that when you get enraged your strength increases, then you need a mechanic like the Rage class feature (or something similar) to make your story flavor a fact in the game world. If your story is that you're a prince, then something like the Noble background, or the Noble Scion feat, is kind of necessary to give that teeth. And so on, and so forth.
However, it's possible to take this concept too far. Which is why I wanted to take this week's installment to talk about how to judge whether an aspect of your character really needs mechanical backup, or if you can just say it exists, and move on with the game.
As always, if you want to help me keep the wheels turning, consider becoming a Patreon patron. And if you want to stay on top of all my latest releases the make sure you sign up for my weekly newsletter as well!

Will This Affect The World Mechanically?

Game mechanics, generally speaking, serve a single, broad purpose in RPGs. In short, any time there is a conflict, the rules exist to mediate and resolve that conflict in a fair and balanced way. And if there is no conflict, then there's no need to get the rules involved.
It's also important to point out that when I say "conflict" I'm not just talking about fighting in RPGs. A conflict is, generally, whenever you want a certain action to happen and there is something attempting to stop that action from happening, so you need to use the mechanics to figure out which result happens. And sure, does my strike cleave the hobgoblin's head from his shoulders is an example of conflict. So is asking if you successfully persuade the merchant to show you his VIP goods, if you manage to sneak past the sleeping dragon, or successfully craft the enchanted blade you've been working on.
However, if there is no conflict, then you don't need the mechanics to be there. You can just make statements and let the story flow.
A simple example is saying you want your tiefling to have eyes like a goat. Or that your elf has green hair and a braided beard. Or your dwarf has sixteen children. These are just aspects of who they are, and the story you're telling. They don't really affect the mechanics of the world, but they fill in the blank spots and personalize your character and contribution to the story. And you should be coloring in those empty spaces... the problem is that a lot of us are looking for lines that aren't there when we start trying to fill in the gaps.

Don't Impose Limits That Aren't There

Lots of players and GMs look at rule books and feel overwhelmed by all the control the rules exert... but the rules are merely the physics of the world. They are the natural laws that govern the game. And though they are important (and often in our faces for a lot the nitty gritty parts of a campaign), it's important to make sure that what we think is a rule, and what is actually a rule line up. Because a lot of the time the rules as they're written don't actually impose as much control on the character you're making (or the story you're telling) as you might think.
For example, there's nothing in the rules that says your paladin must be a knight. Nothing says your rogue has to be a thief, or even a criminal of any sort. Nothing prevents your orc from being a wizard, or your dwarf from being a heavily-tattooed surfer from a volcanic island (more on that below). Your gnome can be of noble birth, your goblin can be a cleric of the goddess of beauty, and your drow could have been raised by adopted dwarf parents in a clan stronghold.
Unless there is an actual consequence of an aspect of your character (you need to have a certain Strength score to be believable as a champion arm wrestler, you must be at least a certain age in order to have experienced particular world events first-hand, etc.) you basically have carte blanche to fill in those blank spaces as long as your GM doesn't naysay you.
And, perhaps just as importantly, make sure you draw a distinction between what is purely flavor text, and what is mechanical function. Because if you want your sorcerer's magic missile to look like flaming skulls in Disney-villain green, there is no reason you can't do that. If you want your barbarian's Rage to manifest as a completely blank affect, becoming almost an automaton who feels no fear and shows no mercy, that doesn't change the morale bonus you receive, and it gives you a unique spin on how the mechanic looks for your character (and it's one of many options I discussed in 50 Shades of Rage).
Because rules are important when it comes to keeping the game fair, and making sure no one is getting special treatment. But we have a lot more freedom than we seem to think within those rules to define who our characters are, and to tell our stories round the table.

Also, Dwarves of Sundara is Out!

Before we go, I wanted to share the latest installment in my Sundara: Dawn of a New Age RPG setting... Species of Sundara: Dwarves is now out both for Pathfinder Classic and Dungeons and Dragons 5th Edition!
I'm going to be doing a deeper dive on this in an upcoming post (and hopefully giving folks a more focused look at how I'm changing up dwarves for my setting), but if you need a quick reason to give it a look, I'd say the Takatori should do it for you. These heavily-tattooed, volcano-dwelling dwarves were directly inspired by my old article Do Dwarves Surf? Tips For Diversifying Non-Human Fantasy Races. Perhaps one of the pieces that got me the most hate mail, I decided it was time to finally make those particular dwarves a reality!

That's all for this week's Fluff post!
For more of my work, check out my Vocal archive, and stop by the YouTube channel Dungeon Keeper Radio. Or if you'd prefer to read some of my books, like my alley cat thriller Marked Territory, it's sequel Painted Cats, my sword and sorcery novel Crier's Knife or my recent short story collection The Rejects, then head over to My Amazon Author Page!
To stay on top of all my latest releases, follow me on Facebook, Tumblr, Twitter, and now Pinterest as well! To support my work, consider Buying Me a Ko-Fi, or heading to The Literary Mercenary's Patreon page to become a regular, monthly patron. That one helps ensure you get more Improved Initiative, and it means you'll get my regular, monthly giveaways as a bonus!
Source: taking10