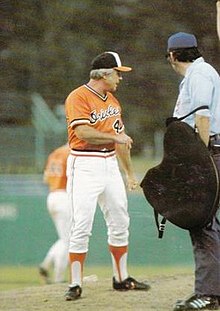 This was the first time that MLB offered a virtual visit to the infamous New York umpire’s replay center. First impression — I haven’t seen this many video screens since I went to Best Buy.  There are screens in the umpires’ room (sort of a green room for them before they come on duty), screens in the umpire supervisor’s office, and banks and banks of screens in the actual replay room.

The replay center averages about 12 reviews per night. There were 1434 reviews in 2022 in just over 2400 games. The average time “on headset” was 57 seconds per review. Of course, that doesn’t count the manager’s time to challenge, the time to get the headsets, and the explanation afterwards. Their goal is one minute or less “on headset” and they are achieving that.

The replay center staff works two shifts per day, as their day is about 20 hours long. They get started about 5 hours before the first game of the day starts, and of course keep going until the last out of the last game which can easily be 1 a.m. Eastern time.

Each umpire and a tech guy sit at a set of four screens showing two games. There’s the public feed for each game (home and away feed) and a “field view” showing the positions of the runners. At the back of the room, there are stations with 20 feeds from each stadium (with 15 games per day, that’s a LOT of screens). They rely on the broadcasters to connect them to their “20 views,” and sometimes that goes awry (i.e., the relay truck catches fire or just a technology hiccup since they’re dealing with a whole bunch of networks. They did not mention MASN in their list, but I assume they’re included).

The umpires spend a week at a time in the replay room, so each team is there a few times per year. They enjoy it for the challenge and the change of pace from on-field.

When there’s a close play that’s noticed by anyone (umpire, tech guy, back-of-room video operators) someone says something out loud. Immediately (1) the video operators start looking at their 20 feeds to see which ones might need to be switched to an umpire station and (2) everyone gathers around the screen of the umpire who is covering that game. That occurs 40-45 times per night—but remember, there are only about 12 reviews per night so most of the “close play” alerts don’t result in a challenge. However, it does make for a lively and perhaps somewhat noisy environment.

The best camera feeds get 360 frames/second. That is high definition at its best, and it gives them some of the best looks at the challenge that the team’s home feed might not pull from to show their audience that view of the replay. At this time, MLB doesn’t show the fans their view that changes a call. This has led to controversy over the years, but 90 percent of the time, fans are in agreement with the final call.

The umpires in replay do know the call on the field, as they have a specific script “The call is confirmed,” “the call stands,” or “the call is overturned.” The decision ultimately rests with the assigned replay umpire for that game, although they do get input from the other umpires who gather. The replay umpire is also responsible for placing players on their bases if other runners are affected by the outcome of the challenge. The replay umpire has their script — i.e., “The call is confirmed, the runner is out, Philly loses their challenge.” The crew chief on the field repeats it back to him, then makes the appropriate arm motion(s). The crew chief is not required to add anything else, but on overturned safe calls they will add (if appropriate) “the runner lost contact with the base while sliding” which explains why everyone in the stadium thought they saw was wrong (remember those 360 frames/sec videos).

While they are reviewing those feeds for the review, the “other” game is moved over to another umpire so it’s not being ignored. The Replay Center is responsible for forwarding video covering fan interference, brawls, and ejections to the Commissioner’s Office (or anyone else who need it).

Each morning, the umpires assigned to the replay center go over the previous night’s plays. The umpires often discuss “what if’s” triggered by the challenged situations on the field, so they enjoy that interaction. Also, ALL of the umpires get those files the next morning so they can review the situations and calls if they want.

The post Notes from the Umps Care virtual visit to the MLB Replay Center appeared first on TalkNats.com.