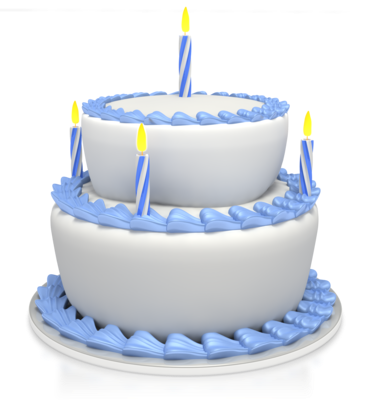 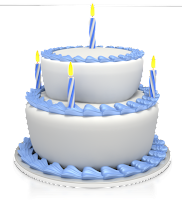 So, November 23 marks 100 years of complexity, lots of discussion on why and how there should be any preference for capital gains, and fairly constant changes to these rules.

The Revenue Act of 1921 defined capital asset as “property acquired and held by the taxpayer for profit or investment for more than two years (whether or not connected with his trade or business), but does not include property held for the personal use or consumption of the taxpayer or his family, or stock in trade of the taxpayer or other property of a kind which would properly be included in the inventory of the taxpayer if on hand at the close of the taxable year.”

Treasury Secretary Andrew Mellon supported taxing earned income “more lightly” than capital gains. He noted: “The fairness of taxing more lightly income from wages, salaries or from investments is beyond question.” At the time, middle and lower income earners were not subject to income tax. See background from Tax Analysts and CRS, Capital Gains Taxes: An Overview, 3/16/18.

The rationale for the lowered rate in the Revenue Act of 1921 is similar to today: To “stimulate sales of appreciated property.” [Treasury study, Federal Income Tax Treatment of Capital Gains and Losses, June 1951, page 2]

There were three key reasons offered for preferential treatment: [page 21]

•        Equity – to avoid treating gains generated over more than one year to the progressive rate structure that exists for ordinary income.

•        Annual mark-to-market – constitutional issue regarding definition of income; complexity of measurement and verification

•        Consider effect of inflation on the asset’s value

•        Incentive  - not explained in the 1951 report, but likely the incentive was to discourage holding of assets (lock-in effect).

•        Revenue yield  - not explained in the 1951 report; but likely this meant to encourage sales to generate tax revenues.

Note: The capital loss limitation was added in 1924 but tightened after large losses of 1929.

A preferential rate or deduction existed until the Tax Reform Act of 1986 which taxed all income under a two-rate system: 14% and 28%. The logic for no lower rate for capital gains was that the rate had been lowered so much already. The Joint Committee on Taxation's Bluebook on the TRA86 observed that using the same rates for all income would "result in a tremendous amount of simplification for many taxpayers since their tax will no longer depend upon the characterization of income as ordinary or capital gain. In addition, this will eliminate any requirement that capital assets be held by the taxpayer for any extended period of time in order to obtain favorable treatment." [page 178]

Discussions on the best way to tax capital gains continue.  I think the question I get most often from students is why capital gains are taxed at a lower rate than wage and business income. That is a good question. I think part of the issue is we hear more about the reasons why we have to have a lower rate without hearing much about weaknesses in such positions (there are strengths and weaknesses to the issues for taxing capital gains more lightly than ordinary income).

For example, a common argument for the lower rate is to address inflationary gains. But that is a weak argument today when tax prep software can easily be designed to adjust basis for inflation based on how long the asset was held.

Another argument for the lower rate is the bunching effect in that the entire gain is reported in one year rather than over the time the asset was held. The solution is to mark to market each year. While this adds complexity, it would address the issue. And to reduce complexity, it could only be required for individuals with AGI above a certain level such as the magic $400,000. Again, technology we have today that we did not have in 1921 simplifies the recordkeeping and calculations for mark-to-market.

Another argument for lower rates on capital gains is to stimulate investment.  This is also weak because not all capital assets generate investment such as a start-up company might produce. In fact, this is why a more targeted approach was used in 1993 with enactment of Section 1202 for qualified small business stock.

The bulk of the benefit from the lower capital gains rate structure does go to very high income individuals who tend to have a lot more capital gain income than ordinary income. This is why Warren Buffet noted years ago that his secretary had a higher marginal rate then he did. An October 2021 report by the CBO on the distribution of tax expenditures indicates that the preferential rate on capital gain and dividends provides 95% of the benefit to individuals in the top quintile and 75% to the top 1% [page 14].

With Build Back Better, President Biden proposed to tax capital gains at the top regular rate for individuals with income above $1 million [Greenbook, page 61]. The House Ways and Means Committee suggested replacing the 20% top capital gain rate with 25%. The bill that passed the House on November 19 has a surcharge of 5% for individuals with income above $10 million and another 3% when income passes $25 million [Sec. 138206, page 2237]. This affects a very small percentage of the top 1%, but for capital gains is still below the top rate of 37%.

Regardless of what capital gains change ends up in the final Build Back Better Act, one thing is certain - it won't be the last time we'll see congressional discussions on what the rate should be or changes made.

What do you think? Are you doing to celebrate or at least acknowledge the 100th anniversary of the capital gains preference on November 23?