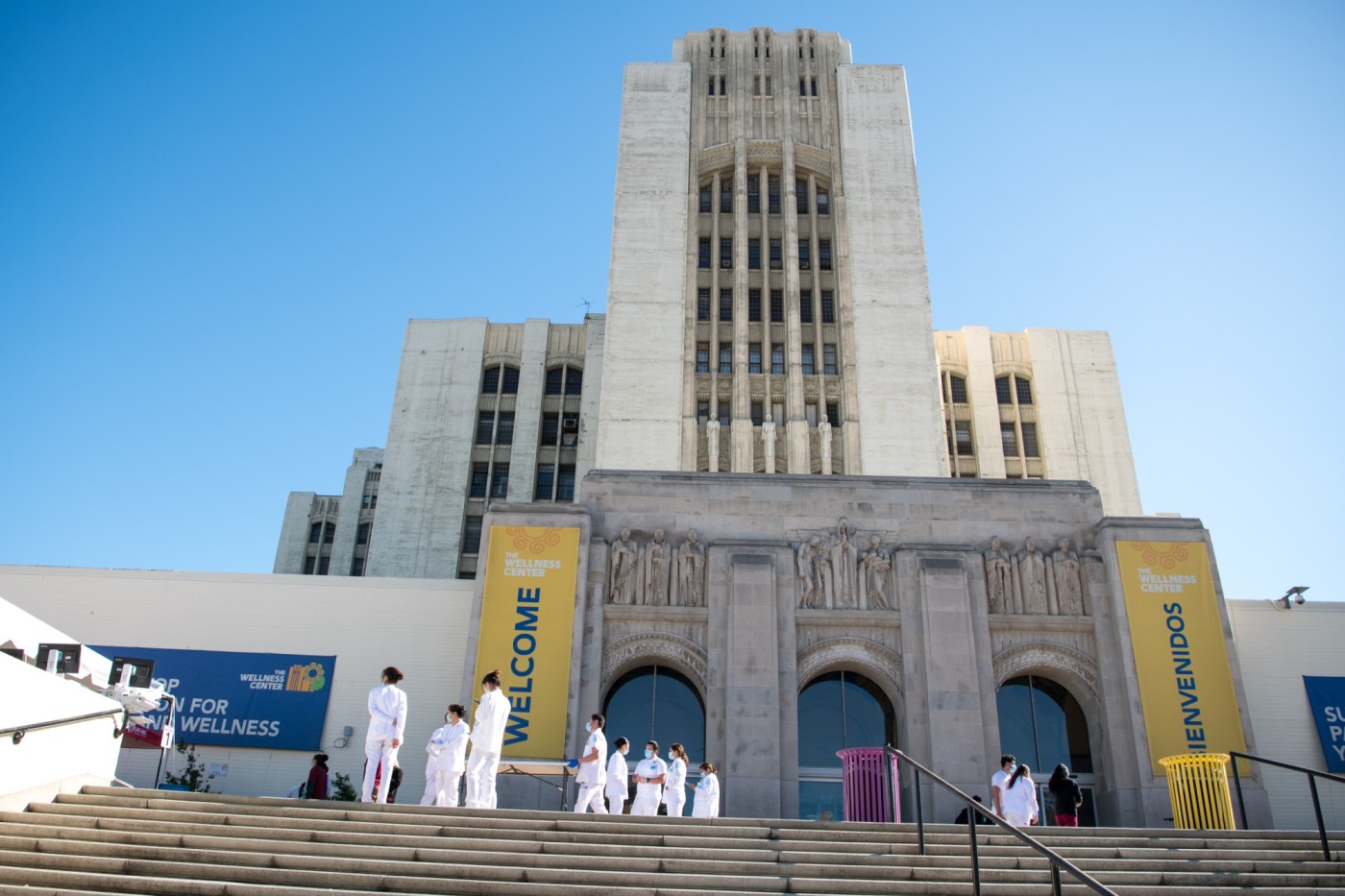 Nurse, 70, attacked near Union Station, dies in hospital she served at for 38 years

LOS ANGELES — A 70-year-old nurse died Sunday among her colleagues at the hospital where she had worked for nearly four decades, succumbing to injuries suffered days earlier in an attack by a homeless man while waiting for a bus near Union Station to make her morning commute.

Sandra Shells was attacked about 5:15 a.m. Thursday near Vignes Street and Cesar Chavez Avenue, a short distance from Union Station, as she waited to catch a bus to her job at Los Angeles County-USC Medical Center, according to the Los Angeles Police Department.

Soon after, police arrested a 48-year-old homeless man who was found sleeping a short distance away. He was identified as Kerry Bell.

Police say Bell punched Shells in the head, causing her to fall and strike her head on the ground. He was arrested without incident on suspicion of assault, but his charge will be updated to suspicion of murder.

A motive for the unprovoked attack was not immediately clear.

Bell is being held on $2 million bail, according to jail records.

Los Angeles police Chief Michel Moore tweeted that Shells’ death was “a tragic and senseless murder directly tied to the failure of this Nation’s mental health resources. We can and must do better. This victim lived her life for others. We are falling short.”

Los Angeles County-USC Medical Center released a statement Sunday night, saying, “Sandra Shells will forever be remembered for her compassionate care and unmatched dedication to her patients and her community throughout her 38-year career at LAC-USC.

“Sandra worked tirelessly and selflessly to keep her patients safe and healthy and will always be remembered as a kind, compassionate and giving nurse with a helpful and thoughtful nature who was a favorite amongst colleagues and patients.

“There will never be enough words to express our gratitude for her tremendous work and dedication,” the statement said.

“Learning of this attack is both shocking and heartbreaking,” Barger said in a statement. “I’m asking for a full investigation into what caused the attack and any information that can be used to prevent this from happening again.

“It is unacceptable for Metro bus riders to be susceptible to this type of violence. Our essential workers, such as this county nurse, often take public transportation at unconventional times and can become easy prey for violent actors,” Barger said.

“Our county has an urgent need to work with public safety, mental health and transportation providers to create more safe and stable environments,” she said. “Our essential workers are battling a pandemic and working long hours in tough conditions — at a minimum, they deserve that.”

Nurse, 70, attacked near Union Station, dies in hospital she served at for 38 years