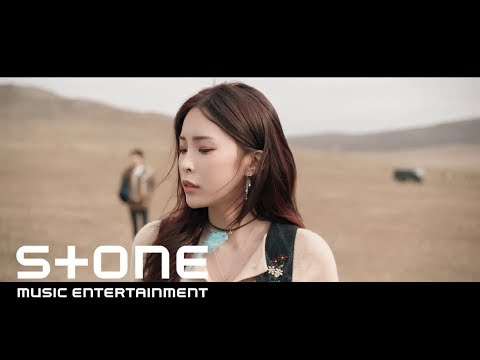 Heize’s “Late Autumn”: A Beautiful Consolation, A Journey Towards Hope

As the leaves start falling and the temperature starts dropping in South Korea, Heize has released a collection of wistful tunes to suit the change of seasons. With a mix of rhythmic beats and melancholic tracks, Late Autumn is Heize’s gift of consolation and companionship for her listeners. Rather than focusing on a moment of intense heartbreak or disappointment, the songs in Late Autumn narrates the process of letting go. Not only is the album a comforting one to enjoy alone, Heize maintains her exquisite musical spectrum and once again tops the charts.

One of the title tracks, “Falling Leaves are Beautiful,” offers an aesthetically wholesome experience of walking away from loneliness. The MV captures the lyrical and compositional atmosphere of melancholy and emptiness that dissipates slowly. The lyrics are gorgeously written, beginning with Heize describing the falling of leaves and departing birds, as well as a seemingly unchanging sky. As the song progresses, the lyrics also move away from a sense of defeated resignation to a glimmer of hope:

This process of coming to be embraced and comforted is beautifully portrayed within the MV, in the gradual approach of Heize towards the male character. They meet and travel together in a barren landscape, spotlighting them as the only possible sources of human connection for each other. The MV goes into the details of having the both of them behave identically as they fold their tickets at the same time, as the male character walks like a shadow of Heize. Yet, for most of the MV, they fail to speak or interact with each other, always remaining a fixed distance from each other like silhouette and body. It is only at the end of the MV that Heize turns around and enters the embrace of the male character.

This drawn out process of Heize journeying and eventually turning to recognise a source of comfort that has quietly been following her epitomizes the overall message of the song and album. Heize expressed in an Instagram post on the release of her album:

I believe that as we go on living, all the hurt and farewells we experience are part of a necessary process to prepare us for better stages of life and for better encounters in the future. I hope that these songs will remain as ones that will give you strength as you listen to them. Thank you.

It seems that this particular song and its MV works to highlight the temporality of loneliness and tragedies that might be dished out in a lifetime. Consolation and happiness follow after a period of sadness, and the belief in this gives strength to stick through tough times.

The slower paced melody of the title track can be found in other songs like “Diary” and “Being Freezed,” where Heize sings alone. These tunes that veer towards ballads are alternated by more rhythmic songs featuring Crush (“Late Autumn”) and Colde (“DAUM”). These slightly quicker paced songs portray an autumn that is not tied to stereotypical images of its waning wistfulness and fading of colours. There is a sense of turmoil possible even in these cooler seasons, just as winter could bring storms and the end of autumn brings such possibilities closer. A relationship nearing its end could fizzle away into coldness, but there is equal chance of it being a strikingly cruel moment of rejection and departure. As with the lyrics of “Late Autumn,” Heize sings about the need to forget about being apologetic and continue moving forward in life.

By arranging the album in such a manner, the alternations work to emphasise the melancholy expressed in the slower songs. The sudden drops in bpm and changes into a more barren soundscape between “Late Autumn” and “Diary,” as well as from the groovier “DAUM” to “Being Freezed” accentuate the sense of an expansive emptiness that envelops both singer and listener. The result is an intense feeling of isolation, evident especially in “Being Freezed.”

For most of Heize’s songs without any featuring artists, she uses the piano to create the main instrumental line. “Being Freezed” opens with a sole piano track, before the guitar strumming slowly enters and eventually the drums join to create a quirkily constructed offbeat backing rhythm. The chorus then falls back to a regular beat, allowing the song to incorporate a unique sense of estrangement and melancholy.

Late Autumn does not present anything especially vocally new from Heize, though it is by no means a disappointing album. Heize has excelled with both groovier tracks, as seen from her debut days with “And July,” and stole hearts with her ballads like “So, it ends?” and “Run to You.” The songs in this album are reminiscent of songs she has released so far. By comparison, her older releases like She’s Fine and Wish & Wind were bolder in their aesthetic choices, both musically and visually. The MVs had elements of the surreal, with more distinct colour palettes and cinematographic styles.

The album closes off with “missed call,” an instrumental track filled with the whimsical sounds of piano and rain. It is an apt way to end this collection of songs that has drawn out the long road of walking alone in the face of heartbreak. The song fades out into the sound of raindrops falling and finally into silence. It is a quietening of a noisy heart and fuzzy thoughts, where Heize offers a final much-needed reprieve. Late Autumn, though short in its 6 songs, is an experience that listeners can conclude with a sigh of relief.

In a certain sense, Late Autumn seems to come as an appropriate follow-up to her previous album release, acting as a progression away from the more confrontational tones and bitterness in She’s Fine. Late Autumn is reassuring, a sentiment that seems ever so necessary in a world increasingly overflowing with tragedies. Perhaps it is with such a motivation to embrace and encourage that makes musical experimentation much lower on the priority list even for myself as a listener. Heize’s vocals are filled with soul and she uses it to her advantage with Late Autumn, illustrating how even the bleakest of landscapes can be filled with shining stars and how learning to walk away is also a process of voyaging towards happiness.

Heize’s “Late Autumn”: A Beautiful Consolation, A Journey Towards Hope