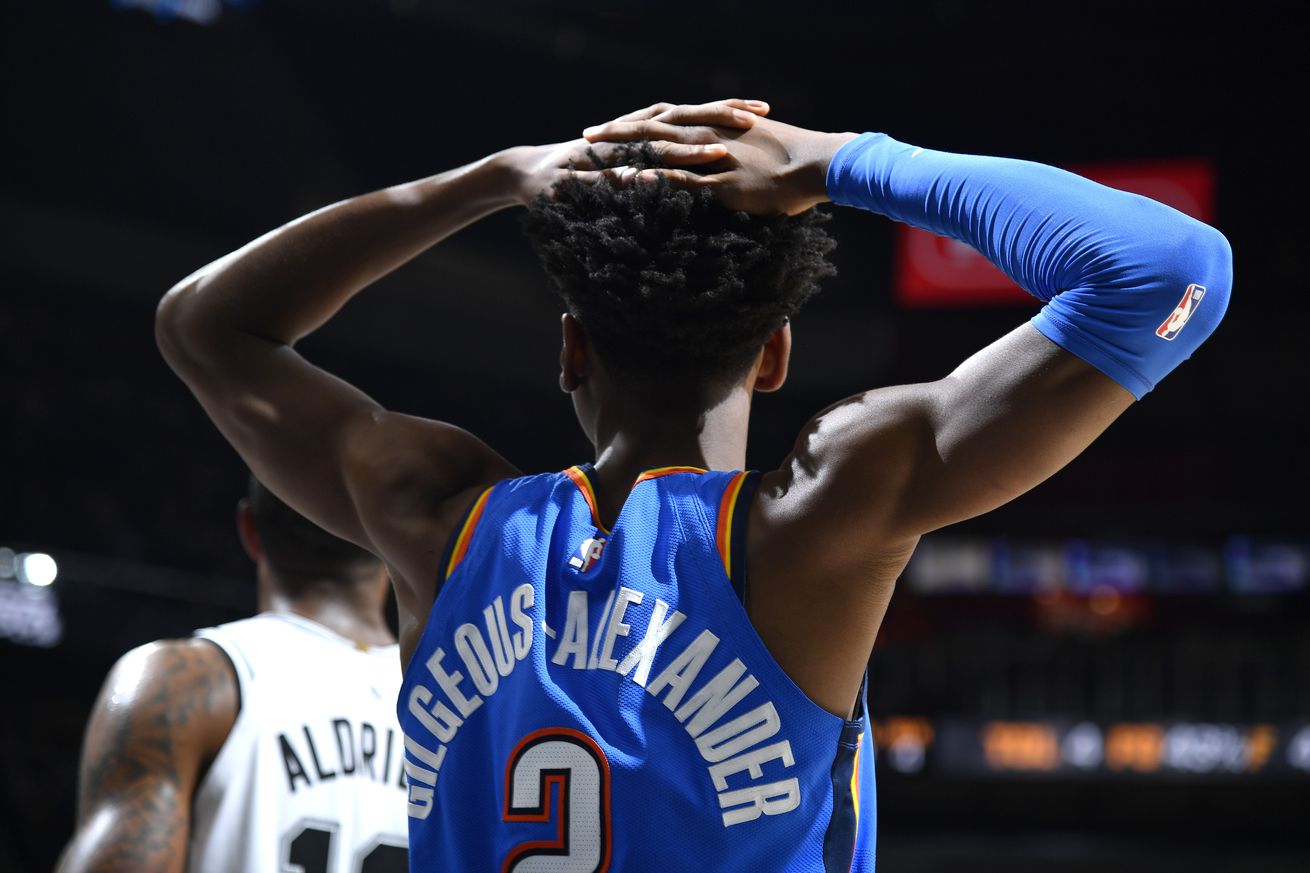 The Thunder were able to continue their win streak by winning another close game in San Antonio. After a slow first half that saw the Thunder trail 55-46 at the break, they kicked it up another level in the second half. OKC outscored the Spurs 63-48 in the second half that included a clutch 35 point fourth quarter from their elite three guard lineup.

OKC’s Three PGs were all the main contributors from this win. Shai Gilgeous-Alexander had a great second half after a quiet first half. Dennis Schroder was able to keep the Thunder in the game with a great second quarter. And Chris Paul continues to show why he leads the league in clutch points as he helped seal another close win with another great fourth quarter.

A recurring theme this season has been Chris Paul’s ability to take over the fourth quarter and that was the case tonight again. In a close game, Paul scored 10 points on 5-7 shooting in the fourth quarter. Paul killed the Spurs with five mid-range jumpers and was able to answer every time the Spurs scored. Overall, Paul finished with 16 points, five assists and eight rebounds.

Dennis Schroder had another great game off the bench. Schroder finished with 19 points on 6-14 shooting with three assists. When the rest of the team were playing poorly, Schroder was able to keep the Thunder in the game in the first half, being the only double-digit scorer at 10 points.

Overall, this was another great win for the Thunder who have historically struggled in San Antonio. The Thunder are on a four game winning streak and have a 4.5 game lead over the eight seed Spurs. As the season progresses, this team is starting to look more and more like a playoff team.

The Thunder only committed four turnovers tonight. As I was reading the box scores, that was one of those stats that I had to double check to make sure I was reading right. OKC did a great job securing the ball tonight and not committing turnovers.

Darius Bazley had a really good game off the bench, scoring nine points on 4-6 shooting, Bazley had a real nifty drive to the basket in the first quarter that flashed his potential. Bazley was able to control his body towards the basket and made an impressive layup by using his length and athleticism. He looked like he had complete control and not like his usual self where he would look like he is just driving to the basket with little control.

Known Thunder Killer LaMarcus Aldridge had a tame game for his standards, scoring just 22 points on 7-13 shooting. Aldridge did go 4-4 from three tonight though, he only had 24 total threes in 30 games coming into this game.

Instead it was DeMar DeRozan’s turn to be the Spur’s best player tonight. He scored 30 points on 13-25 shooting. DeRozan scored 18 points in the first half but OKC did a good job at defending him in the second half where he only 12 points on 6-13 shooting.

Earlier today the NBA announced that Billy Donovan won the Western Conference Coach of the Month Award for December, his first of his career. The Thunder had an 11-4 December record. Donovan has been a hot topic for all his years in OKC with some of the fans sighting playoff shortcomings and lack of an offensive system as reasons to let go of him. But this season Donovan has been great and has made the best with the group he was given. Donovan deserves praise for arguably his best coaching job this season and will deserve an extension soon.